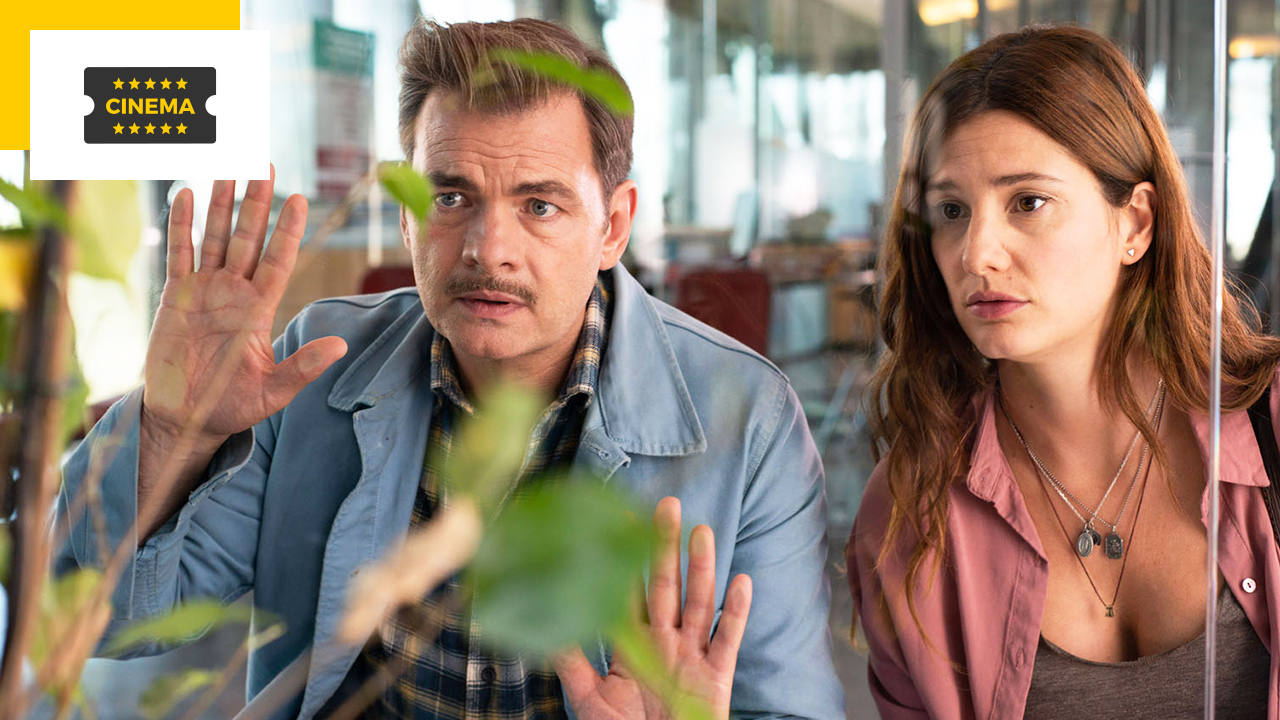 What is it about ? Pierre, in his forties, has always lived far from the disorder of the world, between his bees and his hibiscus. When his parents disappear, his whole universe is turned upside down: he discovers that he has been adopted and must learn to survive in a modern society he has never known.

Did you know ? Clovis Cornillac chose to set the film’s plot in Lyon, his hometown, whose architecture is reminiscent of northern Italy. The filmmaker explains: “I’ve always felt Lyonnais, and when I’m in Lyon, I’m at home. So I wanted to idealize Lyon: the way in which I brought places together is fictitious. I didn’t want to be in the veracity but in the essence.”

What is it about ? A young girl with the extraordinary power of pyrokinesis attempts to protect her family from dark forces seeking to capture her and exploit her abilities.

Did you know ? Firestarter is from the novel charlie of Stephen Kingalready adapted to the cinema in 1984 with Drew Barrymore in the title role. Producers Jason Blum and Akiva Goldsman, who had previously collaborated on the Paranormal Activity saga, felt it was time to initiate a new adaptation, designed for a 21st century audience.

What is it about ? A billionaire businessman decides to make a film to leave his mark on history. He then hired the best: the famous filmmaker Lola Cuevas, the Hollywood star Félix Rivero and the radical theater actor Iván Torres. But if their talent is great… Their ego is even greater!

Did you know ? While there are many films that show behind the scenes of film production, none really chronicle all that the actors do to make people cry, laugh and generate emotion. The filmmakers Mariano Cohn and Gaston Duprat entrust: “This film delves into this complex and extraordinary relationship, usually hidden in plain sight from the general public.”

What is it about ? In a remote village in Costa Rica, an inward-looking 40-year-old woman sets out to free herself from the repressive religious and social conventions that have dominated her life, leading her to a sexual and spiritual awakening.

Did you know ? Nathalie Alvarez Mesen comes from a large family composed mainly of women. Despite this, patriarchal norms she calls “unhealthy” about how a woman should or shouldn’t behave have been passed on to her.

The Beehive by Blerta Basholli

What is it about ? Fahrije’s husband has been missing since the Kosovo war. In addition to this bereavement, his family is also facing significant financial difficulties. To be able to support themselves, Fahrije started a small farming business.

Did you know ? To design La Ruche, Blerta Basholli had to go back and forth: talking to the real Fahrije Hoti and imagining how to be in her place. The director explains: “I had to dig very deep into the emotions and experiences that could bring me closer to her and at the same time I tried to put myself in the shoes of the international public, who need to understand and feel without we have to explain too much.”

What is it about ? Nelly, a young runaway dancer, takes refuge in Broadway, an abandoned leisure complex in Athens, squatted by a gang of pickpockets. She joins their group and they come up with a new scheme: Nelly gives a street show, while the others steal wallets and cell phones.

Did you know ? Know where and what would be the hiding place of this gang has been, for Christos Massalas, the first thing he thought about while writing the screenplay. The director then started wandering around downtown Athens, looking for abandoned spaces and warehouses. Until Sophia Dona, architect and visual artist, suggested that she go see the Broadway Arcades.

What is it about ? Elizabeth, Regard(s) Singulier(s) is a unique, modern and exhilarating cinematographic portrait of an extraordinary queen but also of a woman: touching, mischievous, elusive.

Did you know ? Elizabeth, Singular Regard(s) is the latest film directed by Roger Michellewho died in September 2021. The director of Love at first sight in Notting Hill had already directed a feature documentary in the past: Nothing Like a Ladywhere Judi Dench, Eileen Atkins, Joan Plowright and Maggie Smith gather over a cup of tea to discuss their careers.

Letter to the child you gave us by Charlotte Silvera

What is it about ? “Letter to the child you gave us” aims to encourage young people to measure the importance of the Laws, the stake of democracy, and to push them to commitment to fight abstention.

Did you know ? It’s not the first time that Charlotte Silvera films the youth. She has already taken an interest in it in her previous films, from her first feature film Louise… l’insoumise then in It’s the tangent that I prefer and Girls, nobody cares.

What is it about ? Rachel is a lawyer, her client committed suicide in prison. As children, they lived in the same village. One was a poor little girl, the other a rich little girl. Then begins an inner journey for Rachel, where a ruthless class struggle, a difficult social and sexual emancipation are confronted.

What is it about ? Today we live in a world where the logic of profitability applies to all areas. Places dedicated to care, social work, education, culture, etc. Are managed by managers or experts for whom only numbers count, denying human needs. The psychoanalyst Roland Gori has been fighting for years against the disintegration of our society.

Did you know ? When the director Xavier Gayan came into contact with Roland Gori to suggest that he make a film about him following a debate he had held around the documentary In the belly of the hospital, the psychoanalyst admits not having measured the investment that that would require. He remembers :

“I was used to ITWs and conference videos and one of my friends, Christophe Chassaigne, had even made a DVD about me, Gori the free individual. I thought Xavier would be a sound and visual mirror of my words. , that he would be content to capture the time that I would like to give him.”