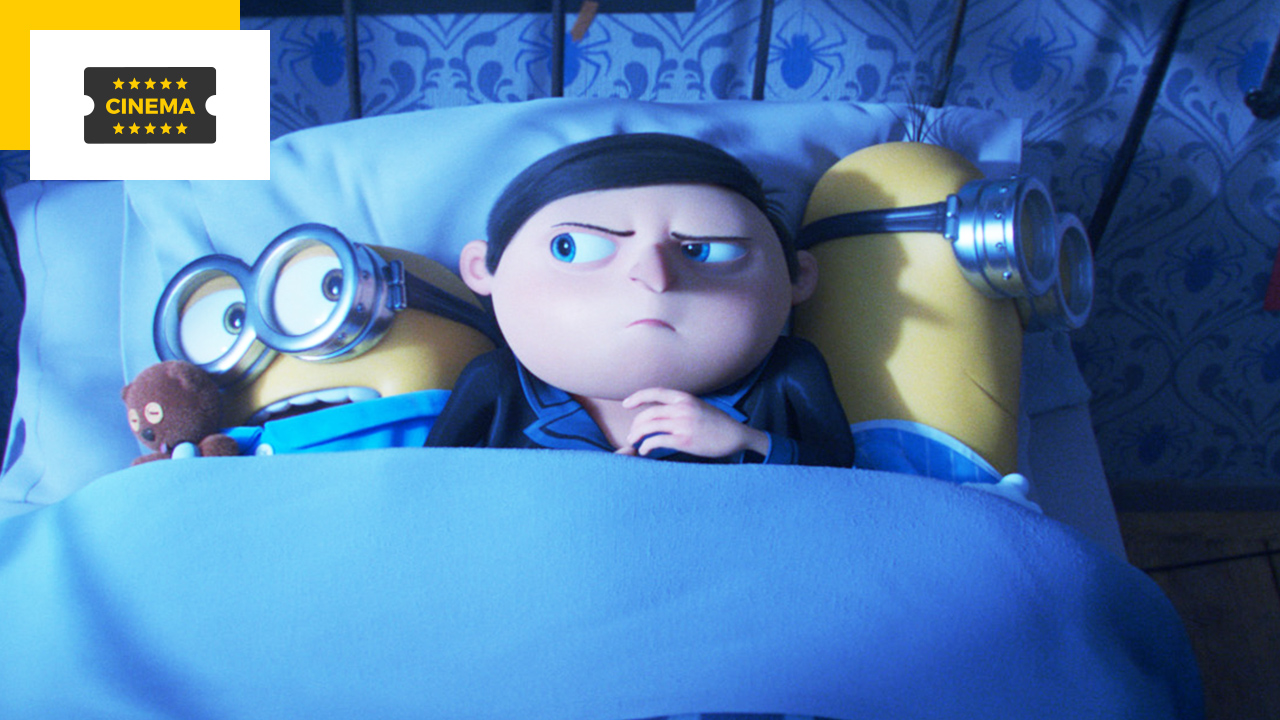 What is it about ? As the 1970s were in full swing, Gru, who grew up in the suburbs surrounded by bell-bottom jeans and blooming hair, hatched a machiavellian plan to succeed in joining a famous group of super villains, known as the name of Vicious 6, of which he is the biggest fan.

Did you know ? Minions 2: Once Upon a Time Gru is the sequel to Minions, released in 2015, and which made $1.16 billion worldwide via its theatrical release! It is also a prequel to the Despicable Me franchise that began in 2010.

After Yang by Kogonada

What is it about ? In the near future, every household has a domestic android, called “techno-sapiens”. In Jake’s family, he is called Yang, and watches over the young Mika more particularly. Also, the day Yang breaks down, Jake puts his whole life on hold to try to fix it.

What is it about ? Peter Von Kant, famous successful director, lives with his assistant Karl, whom he likes to mistreat. Thanks to the great actress Sidonie, he meets and falls in love with Amir, a young man of modest origins. He offers her to share his apartment and help her get into the cinema…

Did you know ? Peter von Kant is a free adaptation of the play The Bitter Tears of Petra von Kant by Rainer Werner Fassbinder. This play had already been the subject of a feature film directed by Fassbinder himself, in 1971.

I love Greece by Nafsika Guerry-Karamaounas

What is it about ? Jean and Marina, a Franco-Greek couple, go to Athens for the summer holidays. There they find the exuberant family of Marina and a Greece in crisis. While they plan to spend a few romantic days on a small island in the Cyclades, the whole family decides to accompany them.

Did you know ? For her first feature film, Nafsika Guerry-Karamaounas wanted to shoot in Greece, more specifically on the Cyclades island which she knows very well. The Greek-Swiss director says: “I wanted to feel confident in this familiar place where I know everyone.”

What is it about ? At the age of 8, Ennio Morricone dreams of becoming a doctor. But his father decides that he will be a trumpeter, like him. From the music conservatory to the Oscar for best composer, the itinerary of one of the greatest musicians of the 20th century.

Did you know ? Giuseppe Tornatore worked for twenty-five years with Ennio Morricone. The composer has indeed participated in almost all of the filmmaker’s films, not to mention documentaries, commercials and other aborted projects.

The Sadness by Robert Jabbaz

What is it about ? After a year of battling a pandemic with relatively mild symptoms, a frustrated nation is finally letting its guard down. That’s when the virus spontaneously mutates, giving rise to a mind-altering plague.

Did you know ? In the New Horror Express podcast, Rob Jabbaz explains that his first feature film goes beyond the simple zombie film, because “zombies don’t think, they’re already dead”. The idea of ​​infected people being uninhibited by the virus but not dead seemed more frightening to him.

What is it about ? Francis, a small accountant officiating in a seedy cabaret in Charleroi, has marital problems with Martine, his wife. After a heated argument, he wakes up one morning to find some very bad news in his own freezer.

What is it about ? Eduard Sporck, a world-renowned conductor, agrees to found an orchestra of young Israeli-Palestinians. He is quickly confronted with young musicians who grew up in a state of war and repression… and far from being in harmony.

What is it about ? The Patagonian steppe is swept by a gray wind… Mora (13) wants to become a “gaucho”. She rebels against school and asserts herself with her parents, Swiss-Italian ecologists, whose dream of autonomy turns into a nightmare.

Did you know ? Director Marí Alessandrini is originally from Patagonia and grew up in the city of Bariloche, on the border between the mountains and the steppe. When she was a child, the steppe was very difficult to access. Today, the situation is even worse, since it is a territory abandoned by the government.

The Holy Spirit by Chema Garcia

What is it about ? Ibarra Julio is dead. This is terrible news for “Ovni-Levante”, the association of ufology enthusiasts that he chaired. José Manuel, one of its members, is particularly affected by the death: Julio and he had a secret project that was to change the destiny of humanity. He will now have to carry it out alone.