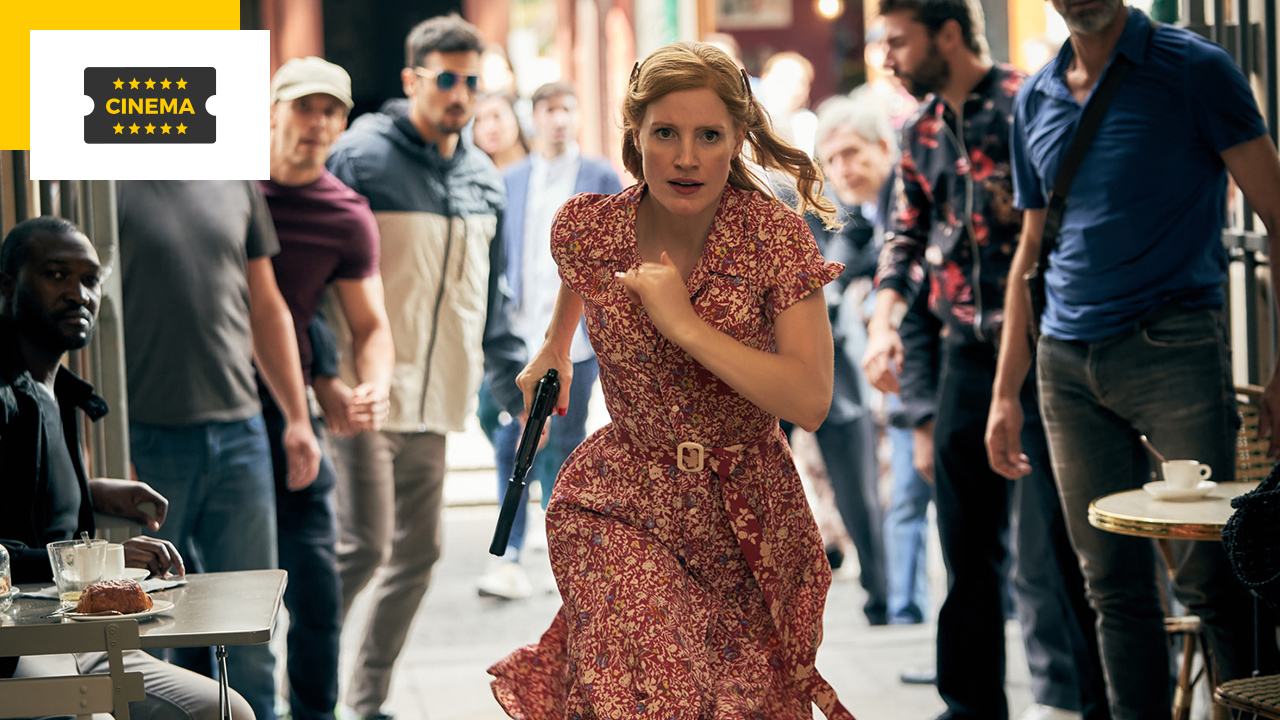 What is it about ? A technological weapon capable of taking control of computer networks is falling into the wrong hands. Intelligence agencies around the world are sending their most formidable agents to where the destructive weapon has been located: in Paris.

Did you know ? The idea for a spy thriller led by a 100% female cast comes directly from Jessica Chastain, also a producer on the film, who proposed the project to director Simon Kinberg on the set of X-Men: Dark Phoenix.

Waiting for Bojangles by Regis Roinsard

What is it about ? Camille and Georges dance all the time to their favorite song Mr Bojangles. With them, there is only room for fun, fantasy and friends. Until the day when the mother goes too far, forcing Georges and their son Gary to do everything to avoid the inevitable at all costs.

Did you know ? Before being brought to the big screen, “En attendant Bojangles” was a success in the bookstore. It was published on January 7, 2016 by Finitude editions and received numerous literary prizes, including the France Télévisions prize, the RTL-Lire Grand Prize and the France Culture-Télérama student novel prize.

My brothers and I from Yohan Manca

What is it about ? Nour is 14 years old. He lives in a popular district by the sea. While he has to repaint a hallway in his college, he meets Sarah, an opera singer who runs a summer course.

Did you know ? My brothers and me is adapted from the play “Why my brothers and I left…” by Hédi Tillette from Clermont-Tonnerre, which Yohan Manca had edited and performed at the age of 17. The director confides: “They were four monologues said by four brothers. There was in particular the theme of the meeting of a character with art when nothing predestined him for that. This idea corresponded with what I was living then. “

What is it about ? Marine, a 21-year-old student, learns that she has multiple sclerosis, an incurable autoimmune disease. She decides to go on a long initiatory journey in 3 countries: New Zealand, Burma and Mongolia.

Did you know ? Rosy is the name Marine Barnérias gave to her illness. While taking notes in her notebook during the trip, she got tired of writing “multiple sclerosis”: “The word” sclerosis “is so ugly! From” sclerosis “came out” pink “then” Rosy “… I decided to see how I was going to be able to live with her on a daily basis.”

Twist In Bamako by Robert Guédiguian

What is it about ? 1962. Mali tastes its newly acquired independence and the youth of Bamako dance whole nights on the twist from France and America. Samba saw the revolutionary ideal body and soul: he traveled the country to explain the virtues of socialism to the peasants.

Did you know ? It was in the fall of 2017 when he saw the exhibition of Malick Sidibé’s photographs, “Mali Twist”, at the Cartier Foundation, that Robert Guédiguian began to take an interest in the youth of Mali in the 1960s.

What is it about ? LICORICE PIZZA is the story of Alana Kane and Gary Valentine, two teenagers who grow up, get lost and fall in love in the San Fernando Valley, in 1973.

Did you know ? George DiCaprio, Leonardo’s father, appears in the film as the man who sells a waterbed to Gary. George DiCaprio was a well-known figure in the Southern California underground art scene during the time this story unfolds.

What is it about ? Jay, in his thirties, returns to his old neighborhood in Washington DC to find out just how gentrified it is. African American residents find themselves pushed out of their homes by wealthier, predominantly white homeowners.

Did you know ? When he was in college, Merawi Gerima moved with his family to another area of ​​Washington. His old neighborhood has been the scene of many deaths and arrests, caused by drugs and crime. Over time, the director saw this district and its inhabitants disappear.

I was at home, but … from Angela Schanelec

What is it about ? While he had totally disappeared, Phillip returns home after a week, injured in the foot, without any explanation or a word for his mother, Astrid. Deeply affected and with the help of a teacher from Philip, she seeks to answer questions that seem intractable: where had he gone?

Did you know ? I was at home but … won several prestigious awards, including Best Director for Angela Schanelec at the 2019 Berlin Film Festival.

What is it about ? Expelled from France, Amir returns to live with his family in Iran. In solidarity with his father, he finds himself involved in a crime and will have to frequent the traffic of foreign currencies on the black market. But the guilt gnaws at him …

Did you know ? The US dollar is a decisive stake in the Iranian market and is becoming more and more expensive due to the embargo and the fragile economic situation. In order to earn a living, people are thus forced to buy and sell dollars, and get involved in questionable business … “In Black Market we have tried to deal with this problem and to portray some of the incidents that are happening in Iran these days, ”says Abbas Amini.

What is it about ? He survived the crossing. Coming from the Ivory Coast, he now lives in Italy. But he dreams of France and is ready to do anything to get there.

Did you know ? Joël Akafou did not want to film Bourgeois’ journey from Côte d’Ivoire to Europe. Other documentary films, with the Mediterranean Sea as the main setting, have reported on what is happening there. The director explains: “The stages of his stay in Italy occupy a large part of the film: administrative procedures, life in the campo, relations with other migrants, settling in with Michelle, then the desire to stay the course. towards France.”