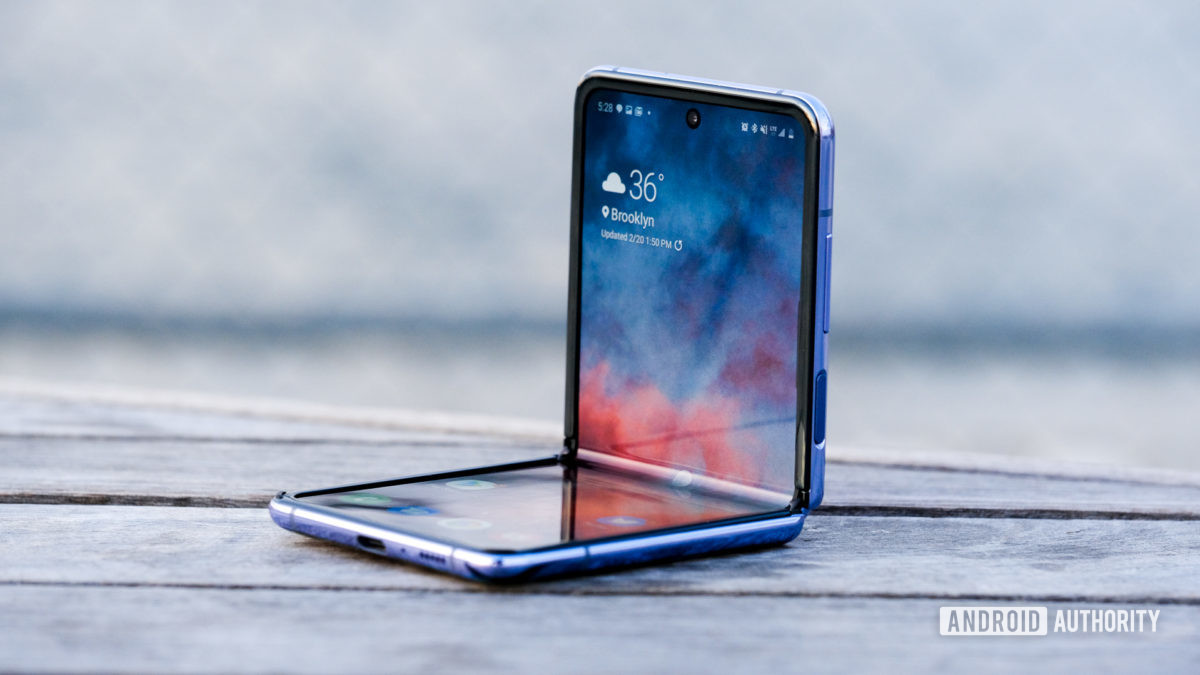 With the Samsung Galaxy S21 shipping later this week, there are big discounts available on many of the current Galaxy S and Note lines. If you don’t mind going with a slightly older flagship, you can save even more on previous models. We’ve gone ahead and rounded up the best Samsung Galaxy deals around, from the Galaxy S21 to the Galaxy S8.

Whether you’re on the hunt for the most premium devices, the more budget-friendly A series, or the still-powerful Galaxy S10 family, you’ve come to the right place. We’ve picked out a record-low price on a foldable to kick-off the deals, but it’s also worth noting that the Samsung Galaxy A71 is down to $467.27 ($132 off) right now.

Featured deal: Save over $600 on the Samsung Galaxy Z Flip

We’ve been waiting patiently for the day that foldable phones are within the realms of affordability for the average buyer. We’re one step closer today, with the Samsung Galaxy Z Flip smashing its previous record low price on Amazon. While this deal lasts, you can pick it up for $773.20 ($607 off).

The Samsung Galaxy Z Flip does a lot of things really well. It has great performance, moderate battery life, and the (almost) latest version of Android. But it does one thing 99% of other phones can’t yet do: It folds in half.

While solid, the specs of the Z Flip aren’t mind-blowing. Arguably the biggest benefit of a clamshell foldable phone is that, when not in use, the phone is about half as tall. This means it takes up less vertical space, is better protected, and can fit in smaller pockets and compartments versus conventional smartphones. Considering the Galaxy Z Flip has a fairly massive 6.7-inch 21.9:9 display, the smaller form factor helps it fit in way more places.

Amazon deals can get pulled at any time, so check out the Z Flip offer via the widget below, or scroll on for many more Galaxy deals.

Editor’s note: We’ll be updating this list of the best Samsung Galaxy deals regularly as new ones are announced.

Since the Samsung Galaxy S21 range is still in the pre-order phase, you’re not going to find any hot deals on unlocked models just yet. What you can find is carrier deals, trade-in offers, and extra perks when you buy. Here are some of the best options:

If you’re looking for a high-end phone, you’ll probably find yourself drawn to the Galaxy S20 series. Whether you want the incredible 100x zoom of the S20 Ultra or the speedy Qualcomm SoC that powers the entire line, look no further.

The Galaxy S20 Ultra is one of the most powerful phones you can get, but its price tag matches the specs. Alternatively, you can also grab the S20 or the S20 Plus, depending on how much screen real estate you want.

While there appears to be a shortage of stock on the S20 range right now, here are the best unlocked Galaxy S20 deals around:

If you don’t mind the international version of the Galaxy S20 Plus, then you can save even more from Amazon via the link below. The trade-off in getting this version of this phone is that it runs the Exynos 990 processor rather than the Snapdragon 865. It also won’t be compatible with CDMA carriers so check your network before jumping on the deal.

This is the international version of the Galaxy S20 Plus with the Exynos 990 processor rather than the Snapdragon 865. It’s factory unlocked for GSM networks, but won’t be compatible with CDMA carriers like Verizon or Sprint.

If you don’t mind committing to a contract, you can also check out the Samsung Galaxy S20 deals on Best Buy:

The Samsung Galaxy Note has become synonymous with the term phablet. The massive screen, the integrated S-Pen, and the sharp rectangular shape are all trademark features of the line. Picking up a Galaxy Note is an obvious choice if you want the biggest device on the block or you make notes on your phone constantly.

If you have to have the latest and greatest, Samsung’s new Galaxy Note 20 and Note 20 Ultra are available. The Note 20 may be a nominal upgrade over the last generation, but the Note 20 Ultra shows just how luxurious the phablet line can be. As with many new phones, you can grab them at all of your favorite retailers. However, the best way to save some money is when you trade your device back to Samsung.

You can say goodbye to your current device and save up to $550 on either the Note 20 or Note 20 Ultra at these widgets:

If you’re not able to trade your device in or you would rather stick with a carrier, check out these links:

The brand-new Galaxy Note 20 and Note 20 Ultra are the new kids on the block, but Samsung’s Galaxy Note 10 is still around, along with the Note 9. The unlocked versions are available via these links:

You can trade your device back to Samsung to save money with these links:

Remember the good old days of flip phones? Those days are back. Samsung introduced the Galaxy Z Flip to compete with the Motorola Razr among others, and now you can save money and experience the hype. If you want to turn heads when you whip out your phone, the Z Flip is the one for you. You just may have to be careful how rough you are with the folding screen.

Check out the Z Flip deals below:

Read our review if you want to learn more.

If the Samsung Galaxy Fold was The Godfather in terms of breaking new ground, the Galaxy Z Fold 2 is the sequel that surpasses the original in every way. Samsung listened to consumer pain points and fixed nearly every flaw that plagued its first foldable. That means the Z Fold 2 is a powerful — if pricey — device for those seeking a piece of hardware that acts like a phone and a tablet.

You’re never going to be able to pick up either device at budget prices, though we’ll be looking out for more affordable foldables in 2021. In the meantime, here are some of the best deals you can find on the Z Fold range:

If you want a phone that still packs a punch but may not have the latest specs anymore, the Samsung Galaxy S10 should be right up your alley. It was Samsung’s first line to feature punch-hole cameras across the board and run on the Samsung One UI skin.

You can also take your pick from the budget-friendly Galaxy S10e, the standard Galaxy S10, and the larger Galaxy S10 Plus. Big savings on unlocked versions of these phones have dried up a bit recently, but you can find deals here and there.

Your best bet for the moment in terms of savings is to get the Galaxy S10 Plus renewed from Amazon for $437.50 ($412 off). It’s worth checking the S10 and S10e deals on Amazon regularly too, as prices can drop significantly at any time.

You can also trade your current device back to Samsung and get the Galaxy S10 Lite for $349.99 with trade-in.

Check out our Galaxy S10 review here for more information.

If you don’t need the newest devices or you’re on a limited budget, you can still pick up a renewed Samsung Galaxy S9. It still features a Snapdragon 845 chip and runs Android 10, but you only have one rear camera to work with. Just like Samsung’s other offerings, you can choose from the standard size or the Plus depending on what you prefer.

There are some good prices on refurbished Galaxy S9 units right now. Check out the options below.

You can still grab the Galaxy S8 if you want to, but it might be just for the sake of nostalgia. The Galaxy S8 marked Samsung’s introduction of the Infinity Display and shipped with Android 7.0 Nougat on board. It also features a 3,000mAh battery and 64GB of storage which may still be enough for the Google Pixel 4 but is comparatively small when stacked against newer Galaxy devices.

It’s probably unheard of to find a brand-new Galaxy S8 at this point, but you can grab a renewed one from the widgets below.

Samsung may offer the Galaxy S line as its flagship, but you can also check out the Galaxy A line if you’re on a more limited budget. It takes a step back in terms of processors, offering the Snapdragon 400 to 600 series. The Galaxy A series is more of a mid-range line, offering teardrop notches and some punch-hole cameras as well.

Here are a few of the best deals you can get on these phones:

Or check out these carrier offers:

Now that you’ve hopefully taken your pick of the Samsung Galaxy deals, here are a few more resources that might be helpful:

What you need to know before playing Horizon Forbidden West: The story

The Best STG44 Loadouts in Call of Duty: Warzone

How to build a fun and varied Apple Watch band collection

How to set up a Digital Legacy Contact in iOS 15.2