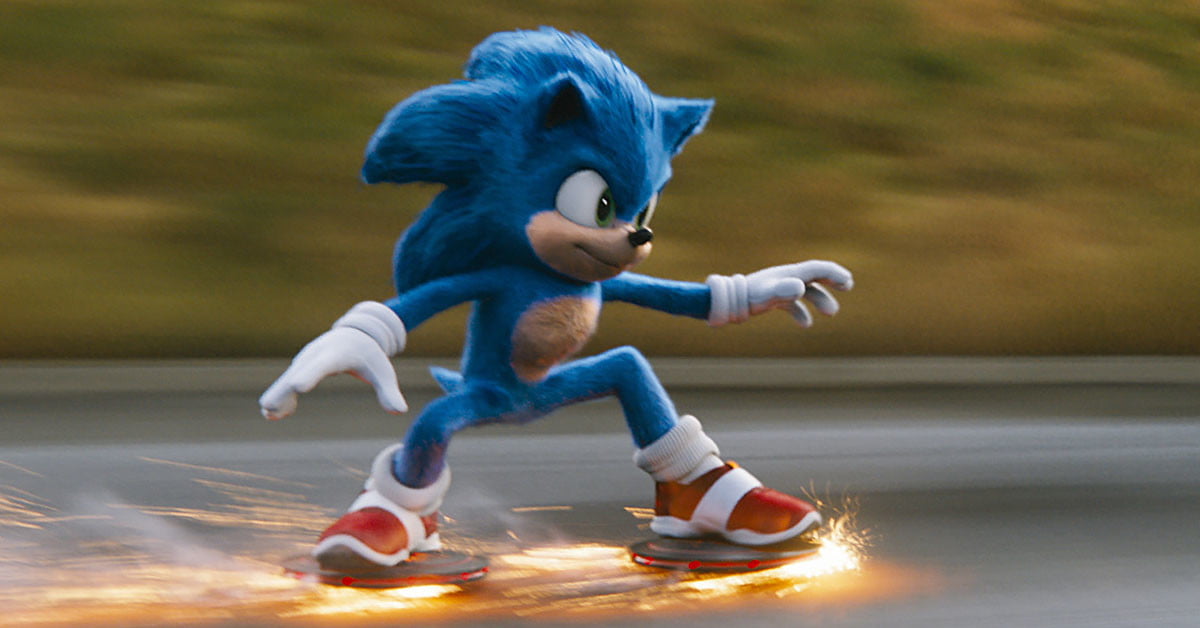 If you’re getting Hulu through the Disney bundle, you may have noticed that it has a wider selection of movies, especially among films geared toward adults. But don’t sleep on Hulu’s library of kids’ movies. Disney+ may have all of the big Disney brands and animated classics, but Hulu also has a number of live-action and animated flicks from other studios that are perfectly appropriate for younger viewers. Or you could just watch Frozen for the 37th time with your kids. It’s your call, but we highly recommend you check out these kid movies on Hulu.

Want more movies that are great for kids? We’ve also put together a list of the best kids movies on Netflix and the best Pixar movies on Disney+ right now.

Not even 2020 or a bad rap for video game movies could stop Sonic the Hedgehog from being a hit. Ben Schwartz provided the voice and motion capture for Sonic, a refuge from a world with anthropomorphic animals. While living on Earth for years, Sonic idolizes and later befriends Sheriff Tom Wachowski (James Marsden), as well as Tom’s wife, Maddie (Tika Sumpter). It’s a good thing, too, because Sonic needs all the help he can get when the evil Doctor Robotnik (Jim Carrey) plots to steal Sonic’s speed and take over the world.

Jeff Kinney’s wildly popular book series, Diary of a Wimpy Kid, was adapted as a film by director Thor Freudenthal, and it kicked off a franchise. Zachary Gordon stars as Greg Heffley, an 11-year-old who is an outcast within his own family and at his school. Greg hopes to turn things around for himself by becoming popular. However, Greg’s willingness to sell out his friend, Rowley Jefferson (Robert Capron), earns him yet another enemy and an even greater sense of isolation. Greg’s only chance to redeem himself is to earn forgiveness, if he can.

There are a ton of pop-culture jokes in Shrek to keep older audiences happy. But at its core, the story of the ogre, Shrek (Mike Myers), is timeless. Although Shrek is naturally reclusive and off-putting, he forms an odd friendship with a talking donkey named Donkey (Eddie Murphy), after Shrek is blackmailed into going on a quest to save Princess Fiona (Cameron Diaz) from a dragon. On the way home, Shrek and Fiona feel romantically drawn to each other, but she has a secret that could doom their relationship before it can begin.

Laika’s stop-motion animated films are criminally underrated at the box office, but they’ve got a lot of heart. Laika’s latest movie, Missing Link, casts Hugh Jackman as Sir Lionel Frost, an explorer and investigator who dreams of finding the mythical Sasquatch and earning his way into the Society of Great Men. However, the Sasquatch in question has other plans. Mr. Link (Zach Galifianakis), or “Susan” as he likes to be called, simply wants Lionel’s help reuniting with his distant relatives, the Yetis, half a world away. To make the journey, Lionel will have to enlist the aid of his ex, Adelina Fortnight (Zoe Saldana), while also avoiding a hunter who is out to stop them.

If you have children, chances are good that you know all about Dora the Explorer. The live-action film, Dora and the Lost City of Gold, actually treats the TV show as canon and allows Dora (Isabela Moner) to grow up a bit. Dora has spent so much of her life exploring jungles and ancient ruins that she’s not prepared to deal with life in an ordinary high school. Much to her dismay, Dora also discovers that she has grown apart from her best friend and cousin, Diego (Jeff Wahlberg). But before long, Dora and Diego are off on a new adventure, with at least one more treasure to find.

History is alive in Night at the Museum, but probably not in the way you might expect. After a string of dead-end jobs, Larry Daley (Ben Stiller) is hired to be a night-shift security guard at New York’s American Museum of Natural History. During his first night, Larry discovers that the exhibits come to life, including animals and a wax statue of President Theodore Roosevelt (Robin Williams). While trying to impress his young son, Nick (Jake Cherry), Larry stumbles upon a robbery and has to team up with the living exhibits to stop it.

Cloudy with a Chance of Meatballs (2009)

How far would you go for a little variety in your diet? In Cloudy with a Chance of Meatballs, a young scientist named Flint Lockwood (Bill Hader) is so eager to escape a steady diet of sardines that he creates a machine that can convert water into food. After successfully transforming the local weather system into a literal rain of food, Flint befriends a local reporter, Sam Sparks (Anna Faris). But when Flint’s device begins to wildly malfunction, he’ll have to become a hero and fix the problem with the help of his friends.

E.B. White’s classic children’s novel, Charlotte’s Web, was lovingly adapted in 1973 by Hanna-Barbera. The story follows Wilbur (Henry Gibson), a young pig who was nearly killed because he was the runt of the litter. Wilbur suffers from terrible loneliness and a very real fear that his owner wants to eventually slaughter him. Thankfully, a spider named Charlotte (Debbie Reynolds) becomes the surrogate mother that Wilbur so desperately needs. Charlotte even comes up with a plan to save Wilbur’s life, even at a great personal cost to herself.

Imagine if Home Alone starred a highly intelligent mouse instead of an adorably mischievous kid. That’s not too far from the premise of Mousehunt. Brothers Ernie (Nathan Lane) and Lars Smuntz (Lee Evans) are down on their luck when they discover that their father left them a house that would be extremely valuable if restored. However, said house is also the home of the unnamed mouse, and he doesn’t take kindly to the two human intruders. As the brothers plot to get rid of the mouse, the little pest escalates the conflict and matches them every step of the way.

Frances Hodgson Burnett’s classic novel, The Secret Garden, has a new adaptation that puts a fresh spin on the story. Dixie Egerickx stars as Mary Lennox, an orphaned girl who is sent to live with her uncle, Lord Archibald Craven (Colin Firth). While chafing under the rules set by her uncle’s housekeeper, Mrs. Medlock (Julie Walters), she meets Archibald’s crippled son, Colin (Edan Hayhurst), and Dickon (Amir Wilson), the younger brother of one of the estate’s servants. Together, the children find a hidden garden on the estate and begin to heal their troubled hearts.