Consumer technology changes all the time, and it’s usually for the better in most cases. Yet, there’s something charming about retro tech. Whether it’s nostalgia, design, or the actual practicality of it all, there are plenty of reasons to love old-school gadgets.

With that in mind, we thought it would be fun to ask our staff here at Android Authority about their most cherished retro tech, as well as the older gadgets they’ve always wanted. 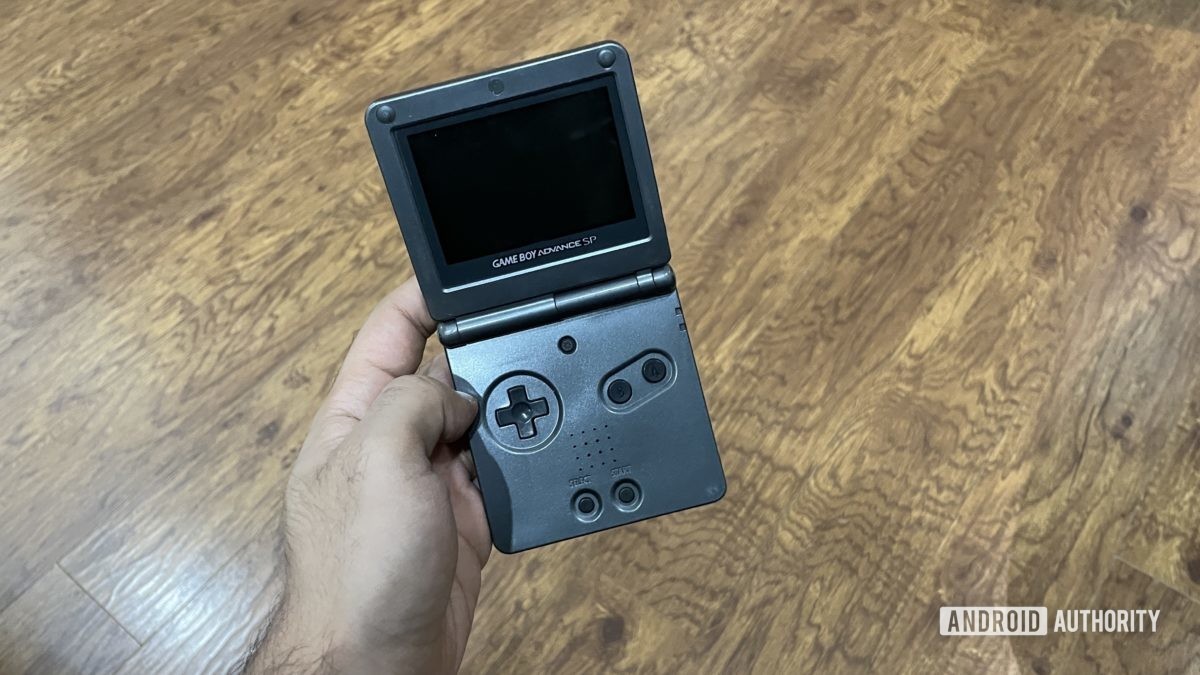 As for his runner-up gadget, that distinction goes to the Nintendo GameCube.

“I played so much Super Smash Bros Melee on it from release all the way through today,” he explained. In fact, David even took part in a COVID-19 relief Super Smash Bros tournament earlier this year.

The retro tech David really wants: There are actually two devices on David’s retro wishlist: the Leica M6 and the Pentax 67 cameras.

“I’ve always kind of scoffed at Leica cameras for being frivolously overpriced. However, after a year of being heavily invested in film, I now understand the extent of their simplicity,” David says of the M6. He pointed to its build quality, design, and mechanisms. So what about the Pentax camera?

Even though this thing is an absolute chonker, the glass made for the Pentax 67 was incredibly special. The 105mm 2.4 lens is one of the most interesting and compelling lenses ever made. While I already have a couple of 6×7 cameras, I still want this one because of the glass. Also because the Pentax 67 has one of the most satisfying mirror slaps I’ve used.

Yes, this is the original Game Boy, not the Game Boy Color. The other one is probably in a drawer somewhere.

Lily’s favorite retro device is actually the Game Boy Color, dating back to 1998. It’s easy to forget that modern smartphones with their extensive gaming libraries weren’t always around. That made devices like the Game Boy a must for quality portable action in the 1990s and early- to mid-2000s. But Lily has another reason for cherishing the Game Boy Color.

“It simplifies gaming, and I like that it’s completely separate from my phone,” she noted. What about any other cherished retro gadgets then? “I wish I still had my first-gen iPod Shuffle. That thing was a tank!”

Dhruv reckons that the fifth-generation iPod Classic is his favorite piece of retro tech. We’d be hard-pressed to argue that it wasn’t a swell piece of kit at the time. Offering a familiar click wheel as well as the ability to play videos, this was one of the better iPods to be released. Sure, many phones offered video and music playback back then, but how many offered 30GB of internal storage? I’ll let Dhruv expand on why it’s his favorite bit of retro tech:

It is the perfect example of form meets function. The interface was absolutely perfect. Even today it stands out for its simplicity and effectiveness. You could quite literally navigate the entire interface without looking at it. That plus the ability to carry nearly all of your music library in your pocket.

Interestingly enough, Dhruv was also a prolific tinkerer of iPods, hence seeing Doom on the iPod Classic above.

He also stuck with old-school gaming tech for the runner-up retro device, choosing his Game Boy Advance SP as another much-loved gadget. Between the clamshell design, rechargeable battery (remember when this was a novel feature?), and front-lit screen, there was a lot to like at the time.

The retro tech Dhruv really wants: He’s keeping an eye out for a first-generation iPod. For one, it’s because he loves devices that “do one job and do them well,” like iPods and Kindles.

“I’m also big into the history of electronics, as well as collecting and restoring them,” he added. “I’ve been building a collection of all the classic hard drive enabled iPods. It’s only the first gen that remains elusive.”

Andrew also joins the chorus of Android Authority team members who hold their old gaming machines near and dear. For him, it’s specifically his NES and old Game Boy. “These were my earliest gaming experiences and helped define who I am today,” he added.

As for any other particular retro devices he loves, Andrew says he has tons of cherished consoles. Let it be known that he also owns a Virtual Boy.

The retro tech Andrew really wants: Grush’s most desired retro gadget is actually a device he previously had. “The Atari Lynx. I regret selling mine about six to eight years ago when I was cash strapped,” he explained with a chuckle.

Ryan followed Dhruv in opting for audio-related retro gear. He chose the 2003-era Philips FWM-567 HiFi as his number one pick.

My father owned a variant of the system and we spent many years watching films and listening to music with it. As a surprise one year, my uncle bought me the 567s as a birthday present. I’ve held a good few parties hosted by this HiFi and everyone I know loves it (apart from my neighbours!). Seven years later, I still use them with my TV and Onkyo receiver.

As for other older devices he holds particularly close, Ryan chose a more recent piece of tech in his OnePlus 3. Now I feel old. “It was the first smartphone I bought brand new. It kickstarted my career as a tech reviewer and analyst on YouTube at the ripe age of 16.”

The retro tech Ryan really wants: Ryan is looking towards the gaming side of things for his most desired retro gadget. “Not that it’s super retro, but I’d love a Gran Turismo edition PS3 Slim console,” he said. “They come in this super cool purple/blue colour.”

Andy chose a gaming system as his favorite retro gadget too (we like our games at Android Authority, okay). However, instead of continuing the Nintendo love-fest, he opted for the Sega Master System. Sega’s 1980s console wasn’t anywhere near as successful as the Sega Genesis (or the Mega Drive, to give it its other, better name), but it still played host to several notable titles, as Andy explained:

Back when we referred to gaming as ‘TV games,’ the Master System was our family’s first major console. I spent most of my toddler hours playing Alex Kidd, while my dad loved playing Great Golf. Great memories!

Andy has two other neat old-school gadgets in his possession that he’s particularly interested in:

I dug out my family’s old Kodak KB10 and Civica MX-V film cameras the other day! Not sure if they still fire, but should probably test them pretty soon.

The retro tech Andy really wants: He couldn’t stick to just one desired retro gadget, saying there were too many old-school devices on his wishlist. “I’ve always wanted a Game Boy Color and an iPod Classic,” he eventually admitted.

When it comes to retro tech, streaming junkie Adamya opted for her Akai Portable DVD player — and for good reason:

I’ve always been a movie addict. This thing served me well when I didn’t have a TV or a laptop and wanted to watch movies in bed late into the night. Also, it was the only thing my parents allowed at the time, with pre-approved DVDs. Obviously, I had my ways around that rule.

Otherwise, her second pick was the original PlayStation, which launched way back in 1994 and only ceased production in 2006.

Modern tech is much better than retro tech. Nostalgia with gadgets is like remembering an ex. You want to revisit them, but when you do, you realize it wasn’t worth it compared to what you have today.

Me? Well, I’m going to say my backward compatible 60GB PS3 is my most cherished retro device. The first few PS3 models were fully backward compatible with PS2 games (save for about half a dozen titles). They actually had the older console’s processors in there. Unfortunately, Sony decided to remove said chips in order to cut costs. This meant that the vast majority of subsequent PS3s no longer offered backward compatibility with PS2 titles (at least officially).

One other retro device I quite love is the Sega Dreamcast, launched outside Japan back in 1999. I managed to get an original Xbox too (the perks of working in a used games store while studying), but the Dreamcast was Sega’s last console. It also introduced a variety of neat features like online play, a ton of arcade ports, and a host of downright whacky titles — Samba de Amigo and Segagaga, anyone?

The retro tech Hadlee really wants: I’ll be cheating a bit. There are actually two particular retro tech items I’d love to have if money and/or space wasn’t an issue.

The first piece of retro tech that I’ve always wanted is the Neo Geo AES (Arcade Entertainment System). For the uninitiated, the Neo Geo AES was extremely pricey (upwards of $500 at launch). It’s widely considered the first major console capable of arcade-perfect gaming. Thought today’s games were expensive? It’s not unheard of for Neo Geo AES titles to now sell for $1000+. In fact, Metal Slug for the AES shot up past $10,000, according to specialist tracking websites like Racket Boy.

My second pick is actually a phone, namely the Nokia N950. The company manufactured only about 5,000 of them and gave them to developers. The phone is essentially a slider version of the Meego-powered Nokia N9. The closest I’ve ever come to owning one was at my first job in the industry, when our sister company (a development studio) received one. The studio shut down some time later. After nagging management about what was going to happen to their phones, it turned out that they were all sold for pennies. So someone out there got a limited edition developer phone for a couple of dollars.

Now that we’ve told you about our most cherished and desired retro gadgets, we’re turning it over to you! Are there any retro gadgets you’re particularly proud of owning or always wanted? Let us know in the comments below!

Google Pixel 6 vs OnePlus 9: Which should you buy?

Apple Watch Series 7 Review: The Only Smartwatch to Buy

Which phone should you buy?

Why Recycling Isn’t Enough to Solve Our E-Waste Crisis

The Best Fighting Games for PS5