The (almost) perfect love on France 2: what is the romantic comedy worth with Maud Baecker and… 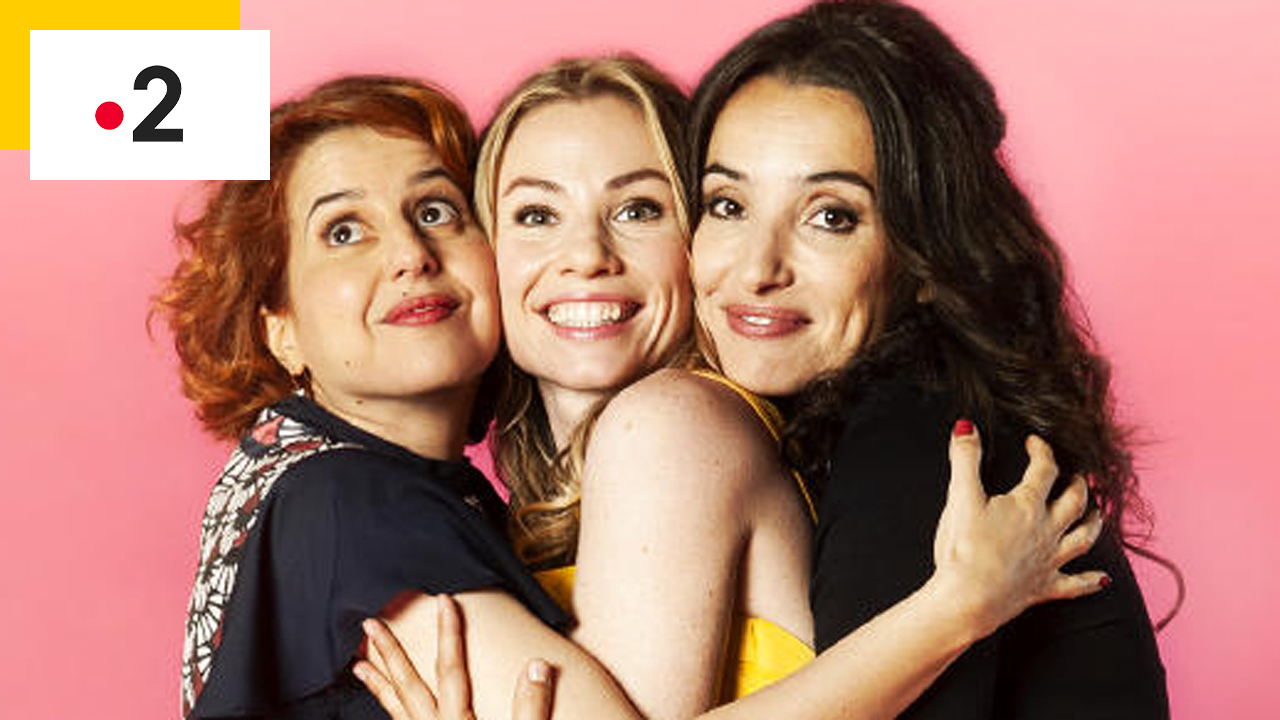 France 2 broadcasts this Wednesday evening the first two episodes of “(Almost) perfect love”, a romantic comedy in six episodes carried by Maud Baecker and Tom Leeb. Is it worth a look?

Julie, nicknamed Jul, 36, ticks all the boxes of the perfect loser test: dumped, childless, unemployed, soon to be in her forties, clumsy… But a phone call will change everything. At the end of the line, Max makes her a sublime marriage proposal. She’s ecstatic until she realizes the phone she’s clutching frantically isn’t hers…

The (almost) perfect love from Wednesday January 19 on France 2.

The followers of Tomorrow belongs to us will recognize Maud Baecker, who lends her features to Julie, the heroine of the series.

(Almost) Perfect Love is directed by Pascale Pouzadoux and written by Armelle Patron and Emmanuel Patron.

Dumped by her longtime boyfriend who is also incidentally her boss, Julie finds herself single, unemployed and on the street overnight. Even if she goes through the hassles, Jul still believes in true love and does not despair of falling on Prince Charming.

When she receives a phone call from Max making a marriage proposal worthy of a fairy tale, the young woman is over the moon but quickly becomes disillusioned when she realizes that these words were intended for another woman.

Shocked by this sublime statement, Jul then embarks on a crazy adventure to seduce and marry the man of her dreams. And to get there, she can count on Ava and Manon, her two best friends, as well as on Stéphane, her new roommate who claims to be homosexual. Unless…

L‘(Almost) Perfect Love is unsurprisingly a classic romantic comedy. Under its false air of Bridget Jones, the series connects the clumsiness and clichés of the genre. And yet, the episodes look at each other with pleasure and parade with astonishing fluidity. Admittedly, everything is predictable, but in the end, what counts in this kind of story are above all the codes that we love so much: an improbable encounter, a spectacular declaration of love, love galore, a heroine to the overflowing imagination and a good dose of comical situations.

Without revolutionizing the genre, (Almost) Perfect Love remains a benevolent series that deals with humor and tenderness (and sometimes clumsiness) of love in all its forms without stopping at the tribulations of our heroine. Indeed, the program also tells the love story between two women, between a mother and her daughters, between a father and his daughter or between a father and his son. She also talks about social pressure to be in a relationship, abandonment, parenthood and illness. If the series does not aim to stick to reality, it offers on the other hand a welcome assumed lightness and which is good.

We can obviously regret this lack of originality and audacity but The (almost) perfect love is nonetheless a pleasant entertainment that should delight all lovers of romantic comedies. And then let’s say it, we quickly take pleasure in following the adventures of these particularly sympathetic characters. Besides, the cast is surely the real strong point of the series.

Maud Beacker is still as sparkling as she is radiant and we immediately feel all the pleasure she has in interpreting the role of Julie, a clumsy woman full of vitality. As such, Nadia Roz and Isabelle Vitari, our heroine’s two acolytes, are not to be outdone as their energy and sincerity are felt in their acting. which almost steals the show from the romance.

For his part, Tom Leeb, the interpreter of Stéphane, is good and his duet with Maud Baecker works rather well. So yes, at the start, it is above all the handsome kid in the story but he nevertheless manages to extricate himself from this role from the second part of the season when his character becomes denser.

Despite its themes that are not always engaging and an alchemy between Maud Baecker and François Vincentelli that we can’t really believe, L’amour (almost) parfait knows how to grab the viewer to take him into his world, well helped by a setting modern and colorful scene, a catchy soundtrack and a fictionalized Paris that is always so pleasant to contemplate.

A series feel good therefore which will appeal to fans of the genre but also to those who wish to have a good time in front of their television. However, if you’re looking for a style-changing comedy, (Almost) Perfect Love isn’t for you. It’s sometimes funny, sometimes touching, and in the end, that’s all we ask for.