The 15 Best Movies About Music and Musicians

The more we dig into a musical artist’s body of work, the more we want to know the people behind the music. What d0 they listen to? What are they like off-stage? Are they eccentric enigmas whenever cameras are rolling and modest introverts once they turn off, or is there no filter between their public and private personas?

Movies about music and musicians give us a chance to learn what these charismatic figures might be like, even though ultimately the stories we watch may be no more accurate than our imagination. Whether those movies get the official stamp of the artist depicted or they’re just the speculations of someone with cameras and a budget, for better or worse films about music help to make rock gods and hip-hop innovators more human, as well as helping to build their legends. With that in mind, here are the best movies about music and musicians currently streaming. 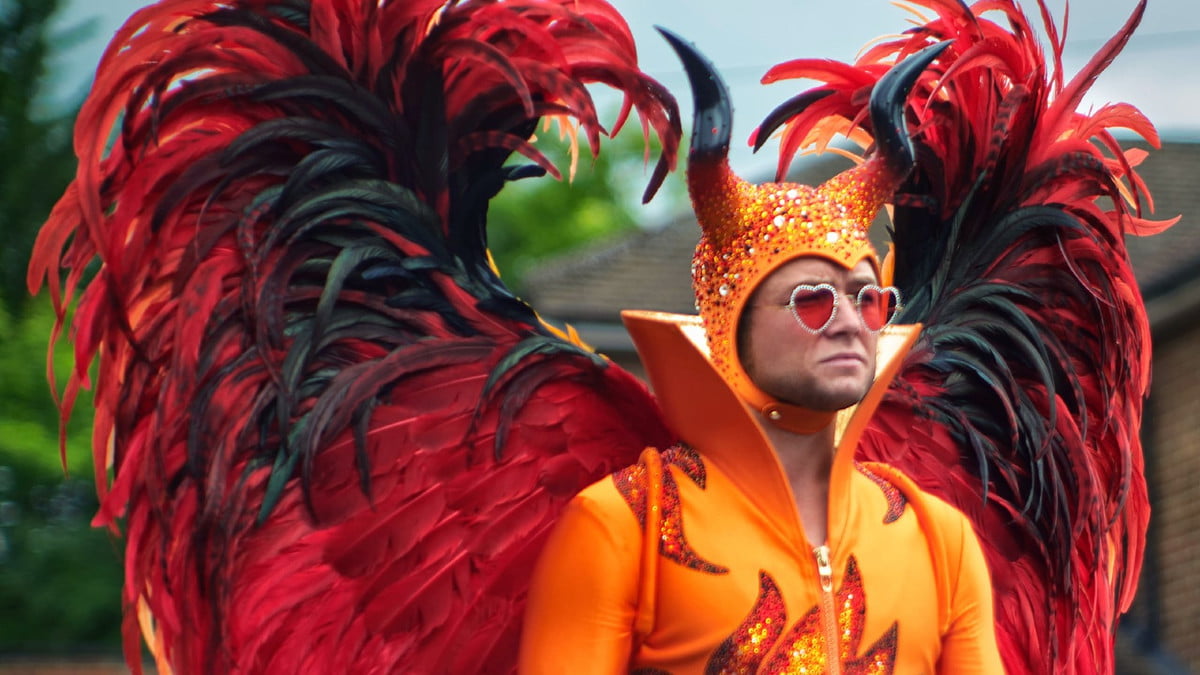 While some might refer to Rocketman as a biopic, Taron Egerton — who plays Sir Elton John in the film — calls the movie a “fantasy musical,” and that gets a lot closer to the bullseye. The filmmakers shamelessly blur the lines between fact and fiction, because the point of the film isn’t to load up Elton John fans with new trivia. Through the lens of John’s decades worth of hits, Rocketman explores the highs and deep lows of its subject’s life. For example, we feel the crushing loneliness of the singer’s childhood home through the performance of I Want Love. Later, we feel his renewed energy as he emerges from a rehab facility belting out I’m Still Standing. Grand, powerful, and over-the-top with no apology, Rocketman is a wonderful tribute to one of our best living singer-songwriters. 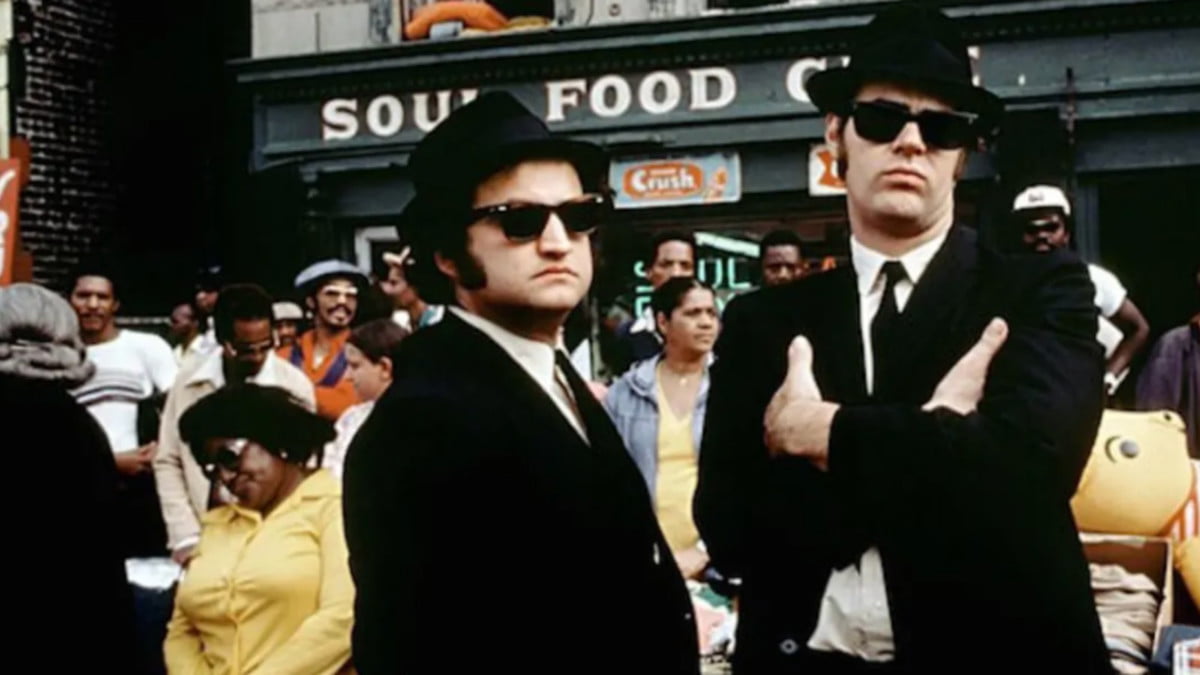 A classic Saturday Night Live sketch turned full-length feature, The Blues Brothers follows comedians Dan Aykroyd and John Belushi as Jake and Elwood Blues, a pair of trouble makers who set out to raise money to save the orphanage they grew up in from foreclosure. Though the main characters are fictional, a who’s who of famous musicians from multiple generations are featured in the film, including guest appearances from greats like James Brown, Cab Calloway, Aretha Franklin, Ray Charles, and Chaka Khan.

Read Also:   Grab This Android Tablet Deal Before They're Sold Out! 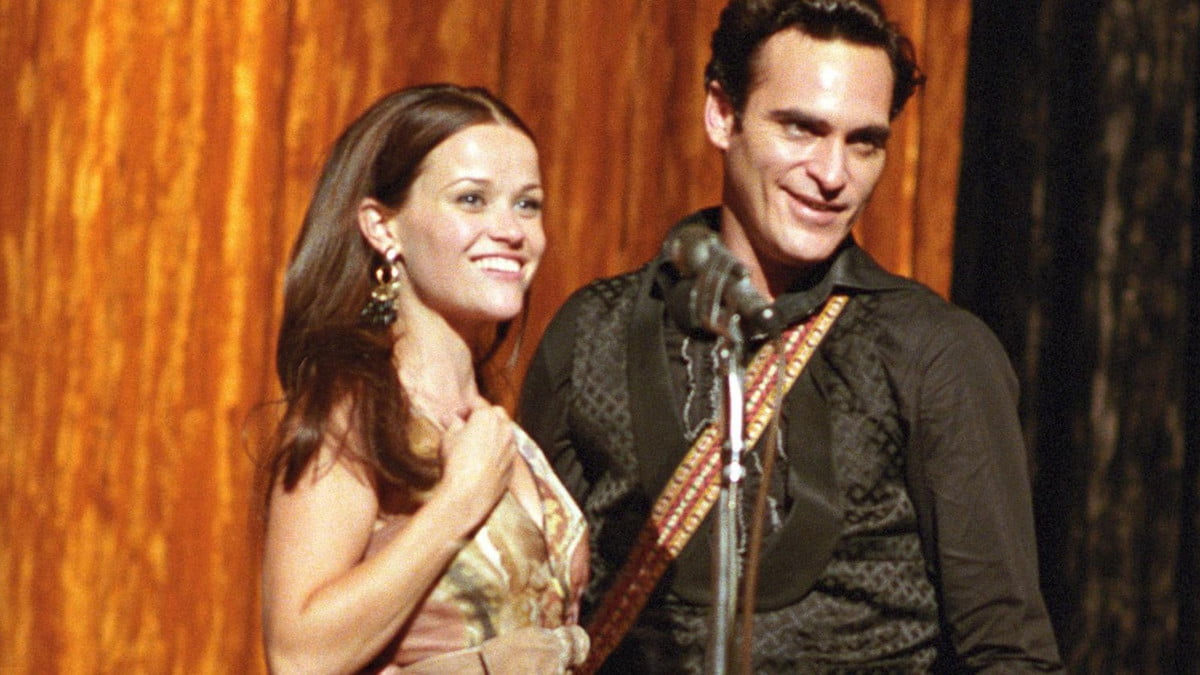 Johnny Cash’s early days are captured superbly in Walk the Line, a biopic about the life and times of one of country music’s most powerful voices. Starring Joaquin Phoenix as Cash and Reese Witherspoon (who won the Academy Award for Best Actress) as his wife and fellow musician June, the film largely centers on Cash’s rise to fame, providing an interesting insight into the Man in Black accompanied by many of his most classic songs. 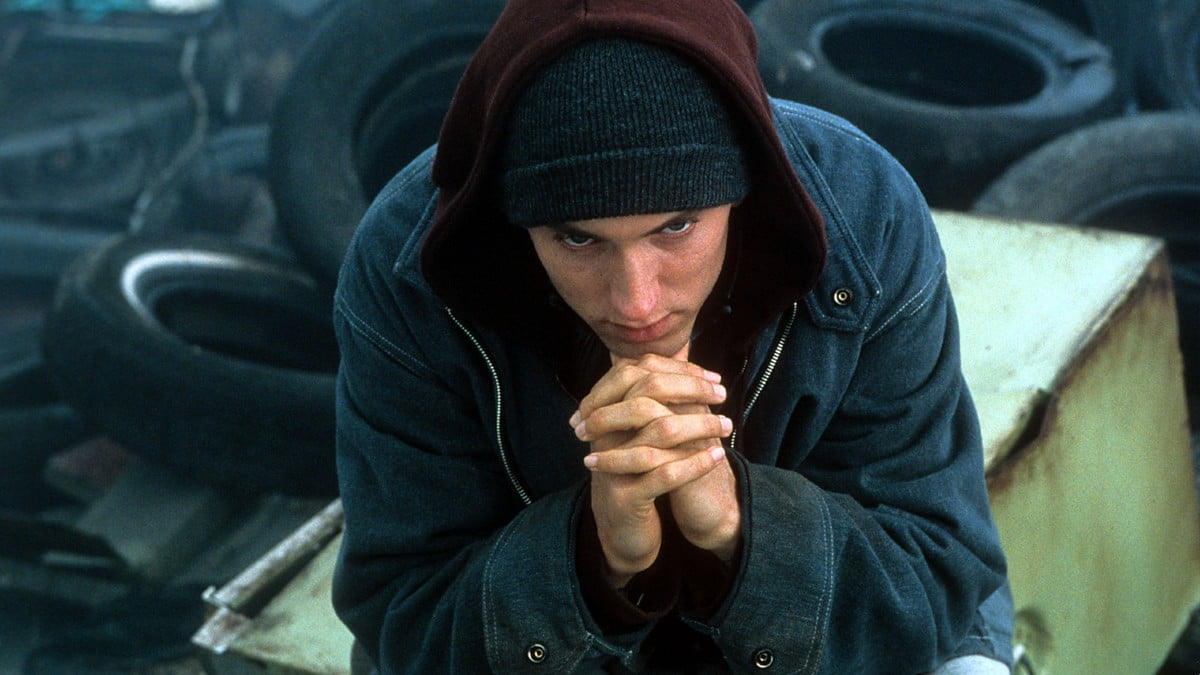 This film about a young white rapper from Detroit largely mirrors the real-life story of controversial musician Eminem (real name Marshall Mathers III), who also stars in the role. While the film is compelling, it’s the music in 8 Mile that really sells it, among the best to ever grace a soundtrack. Eminem nabbed the Academy Award for Best Original Song for the now-classic Lose Yourself, and the film’s soundtrack debuted at No.1 on the Billboard 200 upon release, eventually becoming the fifth best-selling album of the year. 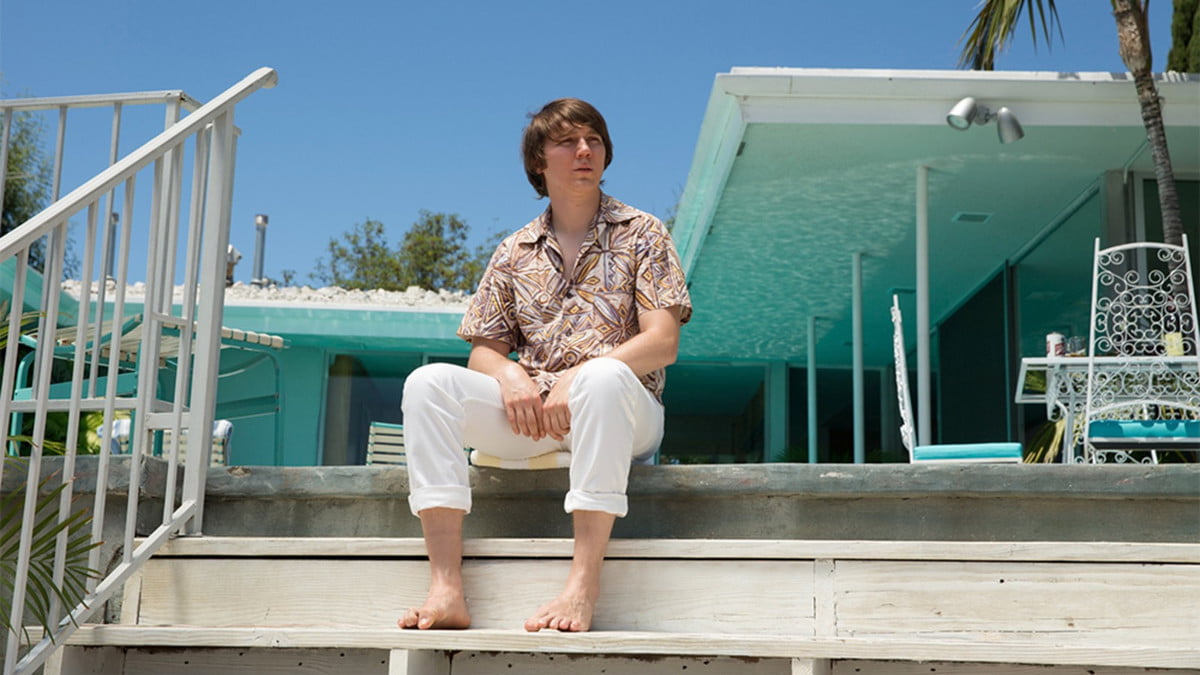 For fans of the Beach Boys’ musical mastermind Brian Wilson, this film is a must-watch. Following Wilson as a young man (played by Paul Dano) and middle-aged (John Cusack), with distinct segments set in the 1960s and 1980s, Love & Mercy shows the singer and songwriter’s mental breakdown and his recovery. The ’60s scenes closely re-create Wilson’s famed methods while recording Pet Sounds, showcasing the forward-thinking sensibility of one of pop music’s most intriguing geniuses.

Another Cusack classic, High Fidelity stars the gregarious actor as a music-obsessed record store owner in Chicago reliving his past love affairs. An excellent ensemble cast rounded out by actors such as Lisa Bonet and Jack Black is complemented by an equally enthralling soundtrack that features classic works by legendary songwriters such as The Kinks and Bob Dylan, but also highlights lesser-known (but critically beloved) bands like the 13th Floor Elevators and Beta Band. 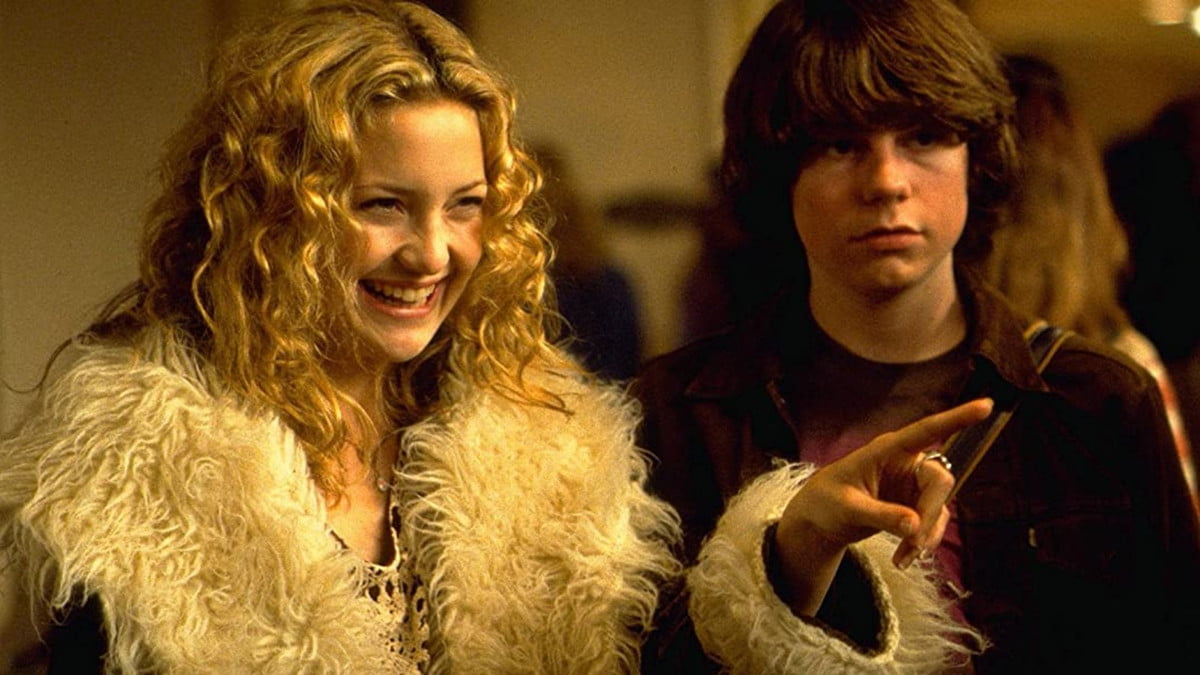 Director Cameron Crowe’s semi-autobiographical story based on his time as a teenage Rolling Stone journalist embedded with an up-and-coming classic rock band, Almost Famous offers an interesting and comical glimpse into the chaotic ’70s rock scene. As expected, the soundtrack for the film — which includes a who’s who of classic artists, from Simon & Garfunkel to Led Zeppelin — is fantastic. In fact, the film won the Grammy for Best Compilation Soundtrack in 2001.

Read Also:   7 early smartphone problems that have been solved without you knowing it

Widely regarded as one of the best films of the mockumentary genre (if not the best), This is Spinal Tap provides a hilarious look inside the world of the fictional British heavy metal band. A full album of original material was written (and later performed) for the film, with such hits as Tonight I’m Gonna Rock You Tonight and Gimme Some Money — not-so-subtle digs at the generic state of big-label rock in the early ’80s. 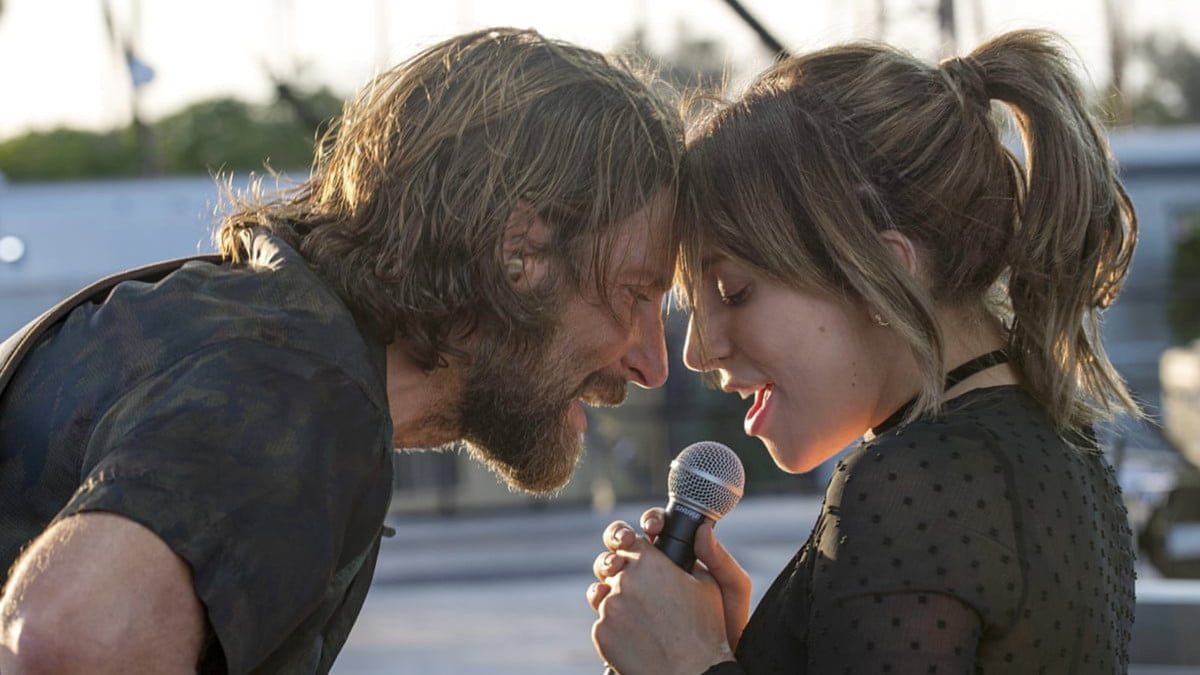 A Star Is Born‘s plot isn’t new — this is the third remake of the 1937 romantic drama — but Bradley Cooper’s directorial debut proves that it’s not the story that matters. It’s how you tell it. As Ally, a young singer-songwriter who falls for a hard-drinking country musician, Lady Gaga proves that she can hang with veteran actors like Cooper and Sam Elliott, while the film’s breakout single, Shallow, topped music charts around the world, won the Academy Award for Best Original Song, and led to one of the steamiest musical performances in Oscar history.

The story of musical genius Wolfgang Amadeus Mozart is given a heavy dose of drama in this adaptation of Peter Shaffer’s stage play of the same name. Highlighting the rivalry between Mozart (Tom Hulce) and older Italian composer Antonio Salieri (F. Murray Abraham), the critically acclaimed film won eight Academy Awards — and 32 other awards in other competitions, including the Grammys — upon its release. Amadeus features excellent performances of some of Mozart’s compositions, played to perfection by London’s Academy of St. Martin in the Fields chamber orchestra. 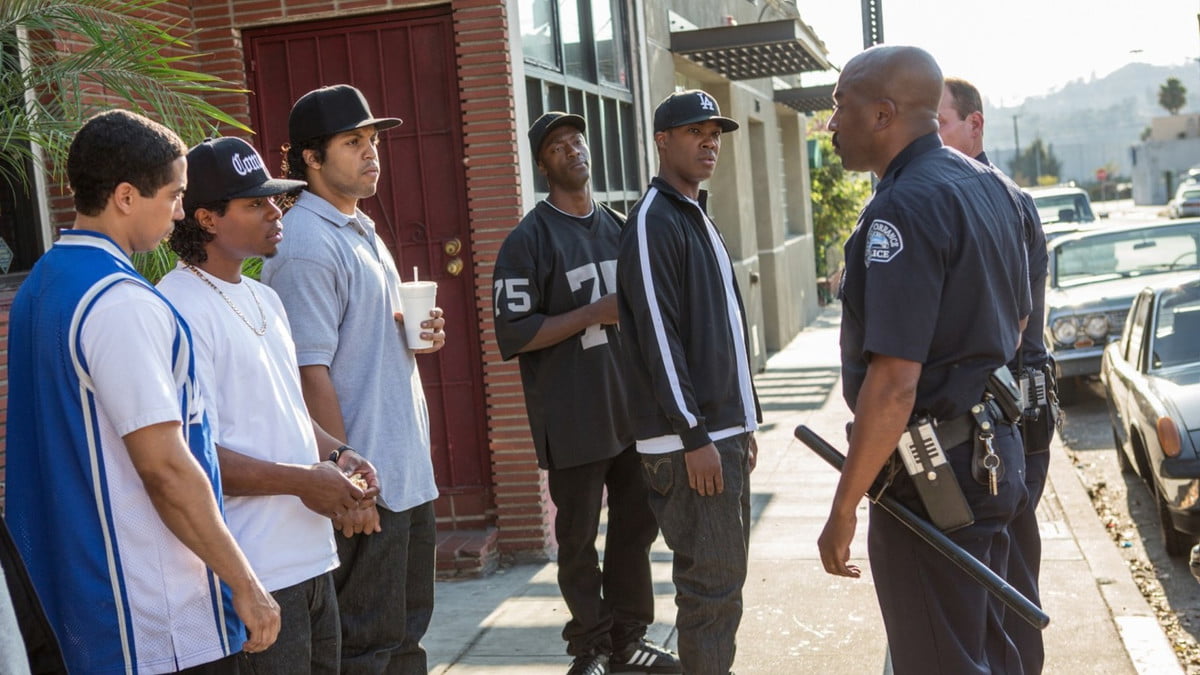 Rapper Ice Cube’s son, O’Shea Jackson Jr., plays his father in this visceral portrayal of the formative years of West Coast gangsta rap pioneers NWA. The film was the inspiration for Dr. Dre’s third studio album, Compton, and features many of the group’s classic cuts. A compelling tell-all that follows the intriguing chemistry behind some of hip hop’s most iconic performers, the film was nominated for the Academy Award for Best Original Screenplay in 2015. 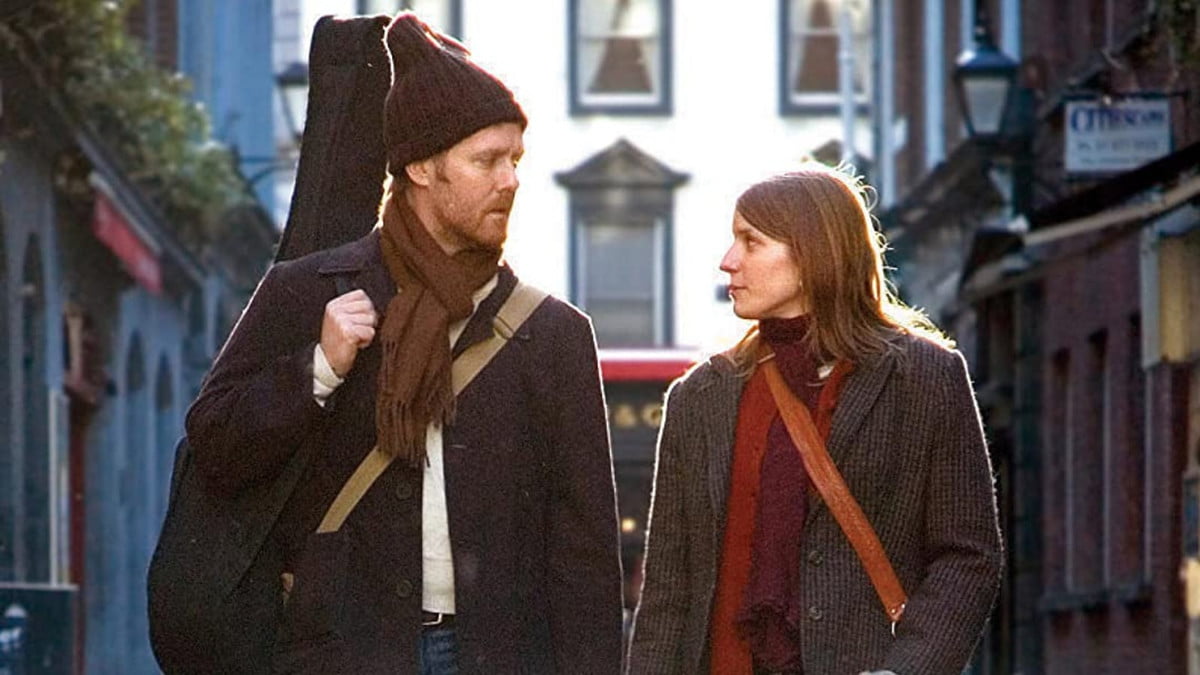 A romantic musical about a busking songwriter who works as a vacuum repairman, Once was the darling of both music and film critics when it hit screens, helping to launch the careers of real-life musicians/co-stars Glen Hansard and Markéta Irglová. Shot on a shoestring budget, the film earned an Academy Award for Best Original Song in 2008 for Falling Slowly. 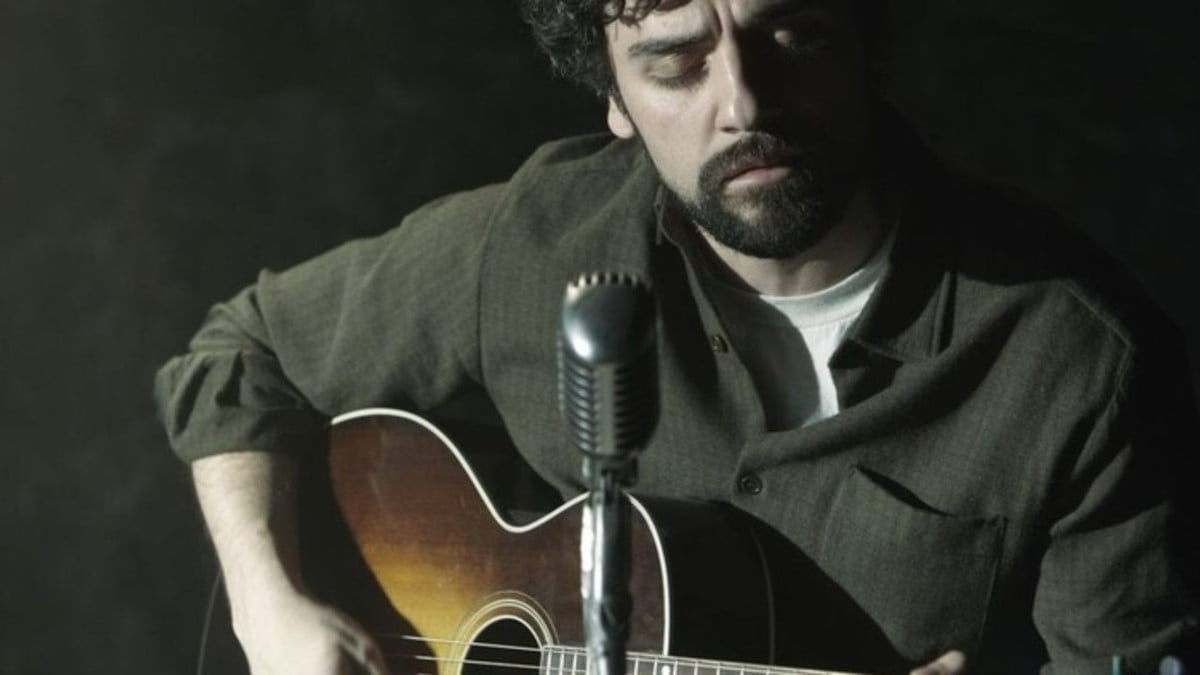 This is Spinal Tap is just one of the multiple musical mockumentaries by Christopher Guest. Returning to the screen with 1996’s Waiting for Guffman, Guest went on to direct a hilarious mockumentary series, including 2003’s A Mighty Wind. The story introduces three separate folk artist groups and invites them on stage to honor a folk producer that had since passed away. The main group features Eugene Levy as Mitch and Catherine O’Hara as Mickey, the former lovebird duo. The movie is a parody of American folk music and pokes fun at its many hippie-like characteristics; however, what makes it stand out is the audience’s apparent appreciation and love for the genre. Viewers can see the truth in this statement in action during A Kiss’s performance at the End of the Rainbow in the film’s final scenes. It’s truly one of the sweetest moments on film.

Sid and Nancy is among the first major motion pictures to take on the punk rock genre and offer Gary Oldman his first-ever leading role. This film takes viewers through the love story and deaths of legendary Sex Pistols bassist Sid Vicious (Oldman) and girlfriend Nancy Spungen (Chloe Webb). We watch as Sid and Nancy meet for the first time in London, fall in love (and heroin), and embark on a United States tour. We also see Sid’s failed attempts to kick-start a solo music career (Oldman’s awe-inspiring rendition of Frank Sinatra’s My Way alone is worth the ticket price). Oldman and Web are a fantastic match in each of their specific roles throughout a tangled, cataclysmic, and fierce romance story.