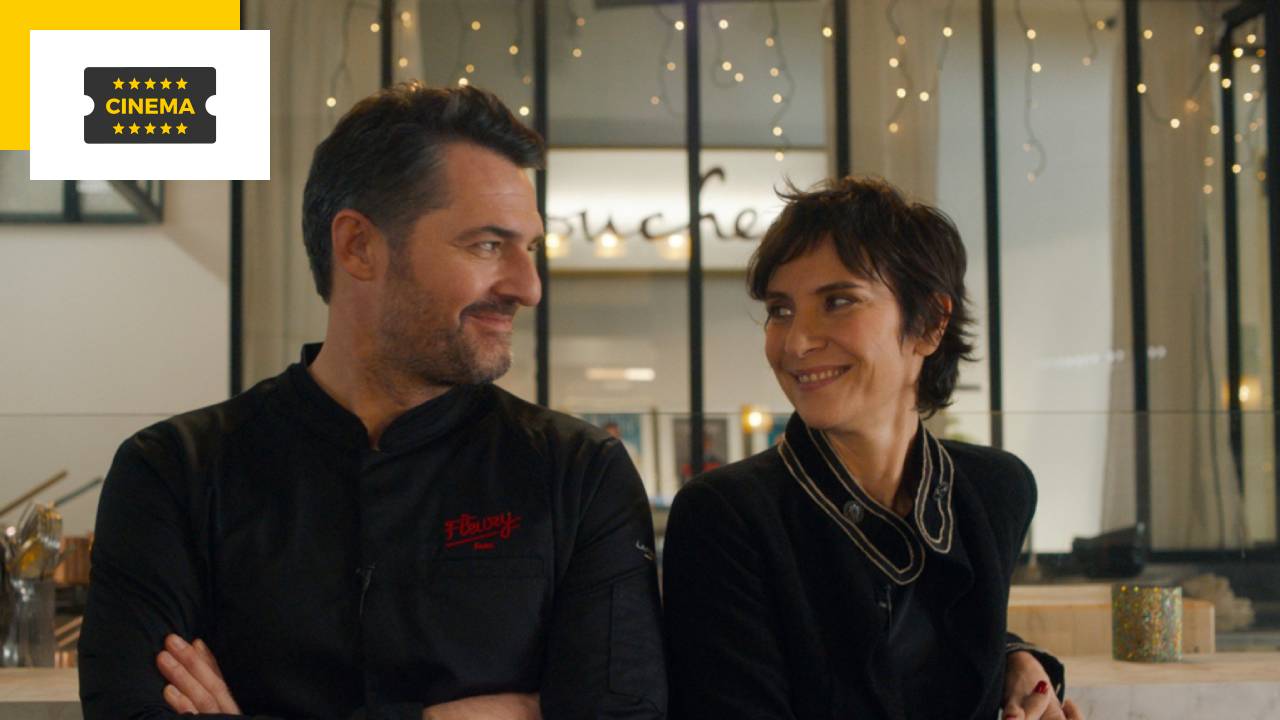 Arnaud Ducret and Géraldine Pailhas are the headliners of Tendre et saignant, a romantic comedy directed by Christopher Thompson to discover at the cinema this Wednesday.

The story: Editor-in-chief of a fashion magazine, Charly inherits the family butcher’s shop. As she prepares to sell it, she meets Martial, her father’s artisan butcher, who is determined to fight to save the business. Seduced in spite of herself by the charisma of Martial, Charly could be led to change her mind…

Did the Tender and Bloody team set up their cameras in a real butcher’s shop or is it a movie set? “The butcher’s shop set was one of the major challenges in the making of the film. From the script, we knew that this butcher’s shop had to exist in its traditional version and that it had to evolve at the same time as the characters.“, explains the filmmaker.

“With Julia Lemaire, the head designer, we started by looking for a real butcher’s shop, and then I realized that we needed to build it in order to be able to master it from start to finish, with elements that belong to the Charly’s childhood, or even, for example, tiles from the old butcher’s shop that we find in the new one”.

And to add: “It also had to be a business that had a storefront so that there would be traffic. We were very lucky to find a place and a street in the Marais that were suitable because we not only had the necessary space to build the set but also a butchery-street axis which could be filmed. During the filming period, we built an ephemeral butchery in the heart of Paris where the inhabitants of the district flocked to believe that it was a new butchery !“

“For the veracity of the decor, we recovered worn logs, objects that had a patina and windows from old butchers. At the start, I wanted us to have an old-fashioned butcher’s shop, “in its own juice”, and I asked the costume designer, Emmanuelle Youchnovsky, that the butchers be dressed in the traditional way, with shirt, tie, apron and bow à la Parisienne who ties the apron at the back, to then switch to a modern butcher’s shop using the codes of style and design conveyed by social networks.“

Another true or false, the damaged finger of Charly’s character? The answer is wrong! This is a special effect made by Olivier Afonso’s Atelier CLSFX, who told us the secrets of his job in an interview.

Christopher Thompson and his team talked a lot with Hugo Desnoyer, artisan butcher in Paris. He educated them on how to source animals, work with breeders, etc. The butcher also coached the two main actors, who went to his shop to learn the gestures.

“They are both very skilful and very quickly found the right attitude, the confidence needed to “make the spectators believe” in their mastery, both behind the block and in front of the customers of the butcher’s shop. By the way, all the butchers in the movie are real butchers“, recalls the director.

To give realism, director Christopher Thompson surrounded the actors with authentic craftsmen who know the job perfectly: “We did a casting of professional butchers, several of whom turned out to be excellent actors. Likewise, I wanted the butchers to speak to each other in “louchebem”, the butchers’ slang they use when they don’t want to be understood by customers. It was important that this whole universe be precise and embodied in order to be able to unfold the comedy and the love story“, he specifies.

At the head of a rich filmography, having varied the registers but having especially illustrated herself in the drama, Géraldine Pailhas shows with Tender and bleeding her talent as a heroine of comedy, in this case of romantic comedy.

Jean-François Stévenin in one of his last roles

Died on July 27, 2021, at the age of 77, the late Jean-François Stévenin had filmed in several films still unpublished at the time of his death. We can see him in a role particularly in Tendre et saignant. Just before, we had enjoyed seeing him again in Ilost illusions by Xavier Giannolli, the TV movie M’abandonne pas on TF1. Soon, we will be able to see him in Adieu Paris by Edouard Baer (released January 26, 2022), and According to the police by Frédéric Videau (released February 23, 2022).

Tendre et saignant is one of the films labeled by the unmissable Alpe d’Huez Comedy Festival. The event had been forced to cancel its 2021 edition due to the health crisis, but had nevertheless “labeled” films which had initially been chosen to be part of the festival selection.