Teenager Tells Stepdad That He Has To Earn His Respect. Was He Wrong?

It seems to be a bit of an old school way of thinking these days, that adults (and especially parents) deserve respect just because they’re human beings of a certain age. Teenagers now question everything, and honestly, I’m not at all sure that’s a bad thing.

This kiddo has been living with a stepfather he can’t stand for awhile now, but things came to a head when, on a hot day, he decided to go shirtless around the house.

His stepfather called him “perverted” to do so in the presence of his little sister.

I (13m) have a stepdad who’s a complete idiot. Today I was super hot, temperature wise, so I took off my shirt.

My mom’s husband/my stepdad, “Matt,” started yelling at me that it’s inappropriate to have my shirt off in front of my little sister. He called me a perverted creep.

OP said he did it all the time and when his stepfather pulled the “my house my rules” card, OP reminded him that his mother actually owns the place and pays all of the bills, so unless these are her rules, he doesn’t have to follow them.

I said to screw off, I had my shirt off all the time before he moved in (last year). He told me that as long as I live in his house, I follow his rules. Here’s the thing.

My mom has told me several times that his name isn’t on the lease, and he doesn’t pay bills. So I told him, “actually, this isn’t your house. It’s my mom’s house, so I’ll follow her rules, and she doesn’t have a rule that says I can’t be shirtless, so either start paying rent or shut your mouth and stop trying to dictate what I do with my body.”

He told OP he was being disrespectful, and since OP has had a bit of time to think about things, he’s wondering whether or not he should have just kept his mouth shut.

He blew up saying how disrespectful I am, that I can’t treat my own father that way. I told him that my father is dead, and I’ll show him the same amount of respect he shows me. Then I went to my room.

Now that I’m thinking about it, maybe I shouldn’t have said that, so I’m not sure how to feel.

You know Reddit is going to have some great advice for him, so stay tuned!

The top comment worries that things will be even worse for the little sister one day (sooner rather than later). 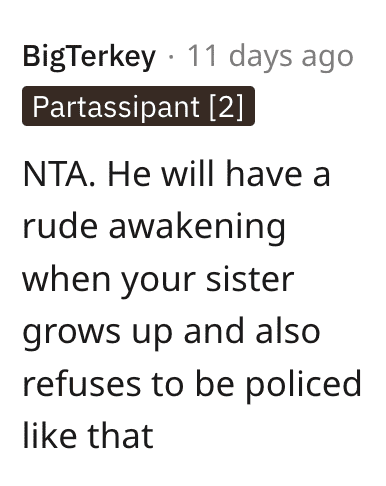 This person suggests that if he doesn’t have his mother’s support he might want to see if there’s anywhere else he can go. 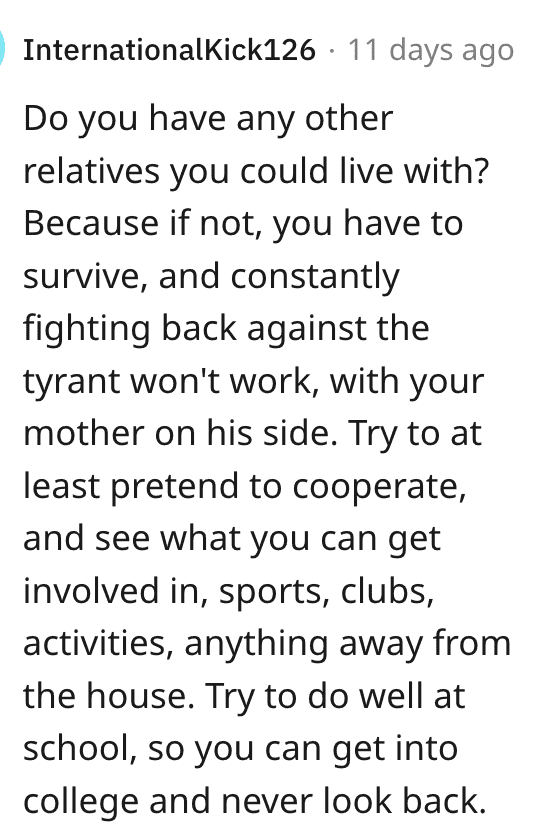 It doesn’t really sound as if his mother is going to be much of an ally. 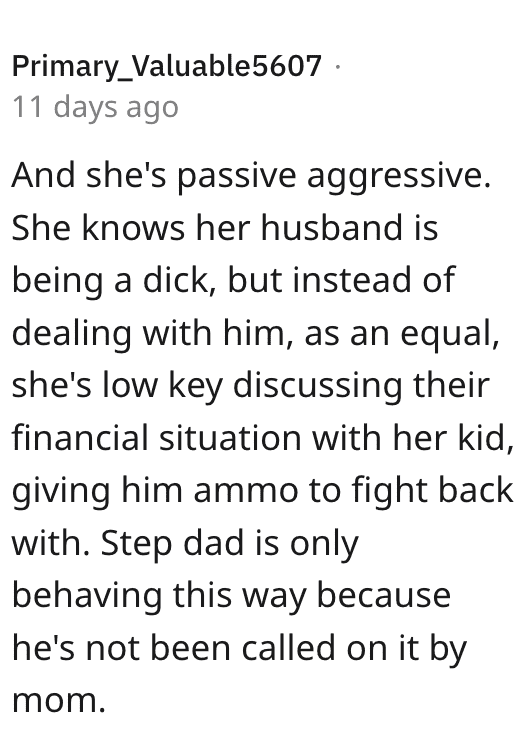 Even though it sounds as if mom definitely has her head in the sand as well. 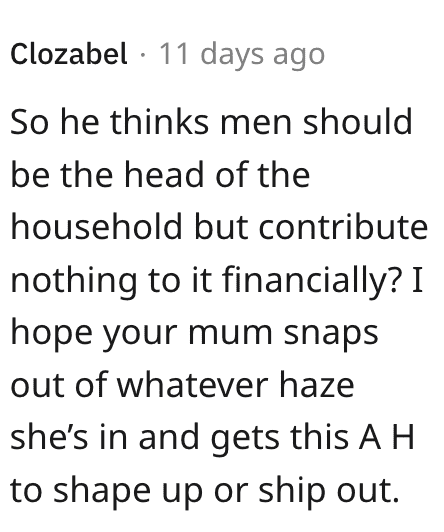 And honestly, he might want to have a frank discussion with his stepsister if she’s old enough. 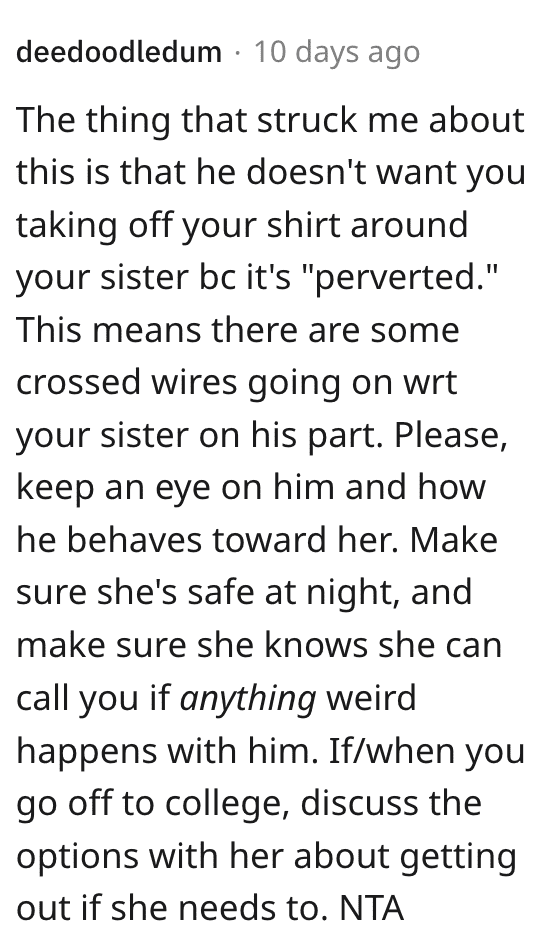 Y’all, this guy sounds like a real winner. I hope OP can stay safe until he can get out of there.

Did you grow up in a tough family situation? Tell us in the comments how you handled it all!

She Screamed at Her Sister During Her Engagement Party. Was She Wrong?

She Won’t Give Her Daughter Money After She Ignored Her for Her Whole Life. Is She Wrong?