Sustainable Listening: It’s Time to Listen to the Oceans

A new series of events at the Staatsoper Berlin connects classical music with electronic music and features leading climatologists for a new genre format.

Not everything we cook in our creative iHeartBerlin kitchen is loud, bold and edgy. Some projects are more about fine detail and silent side notes, but are extremely powerful.

So it happened that last week we created our first creative and healing collaboration with Staatsoper Unter den Linden. The series of events we proudly call “Sustainable Listening” wants to connect science to music and bring scientists fighting for climate justice for future generations to the opera stage. 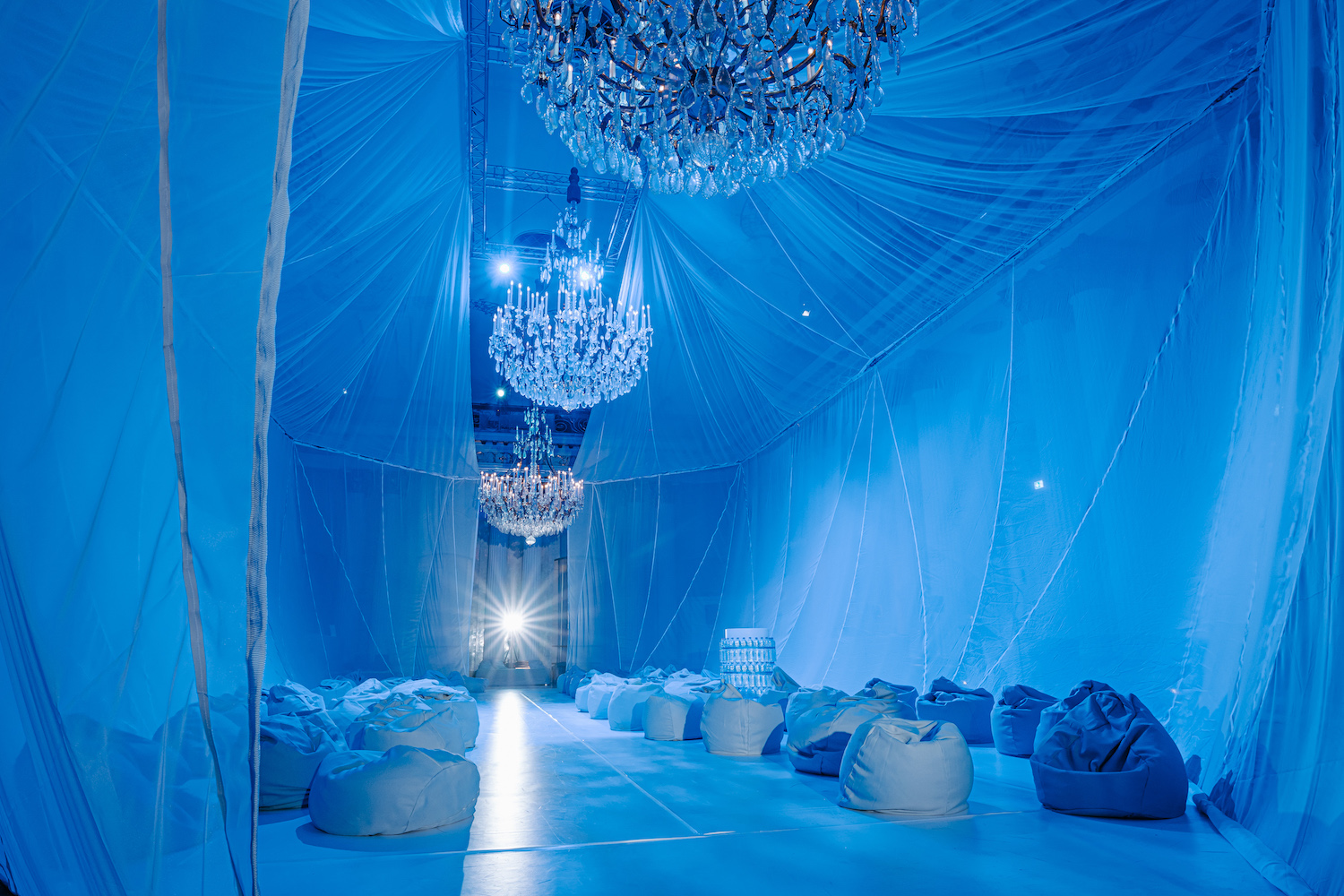 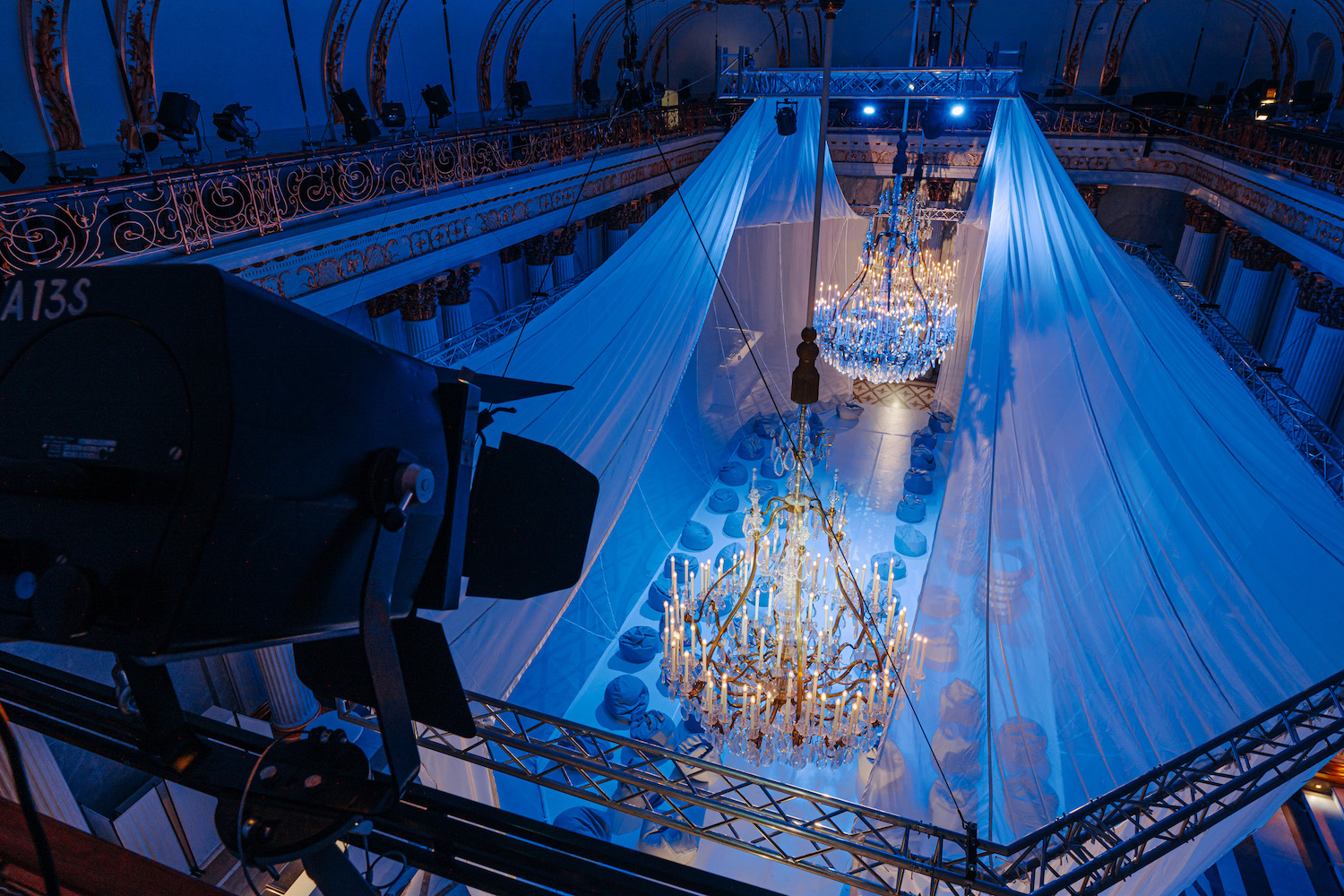 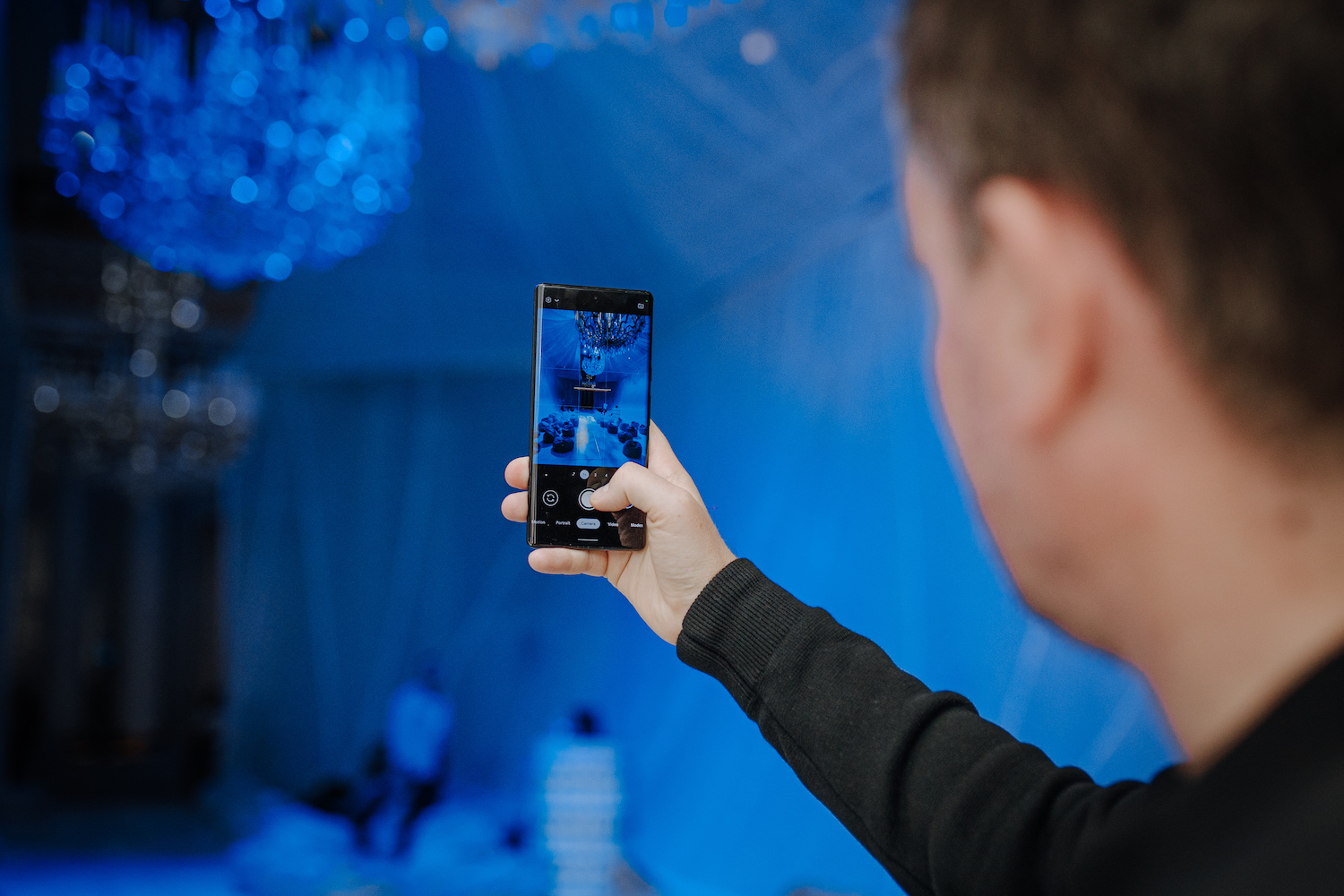 The sound of the ocean is changing

Each session will focus on a different topic regarding a specific ecosystem or a specific climate change challenge. For the beginning of this series which will continue for the next three years, we choose the theme of the Ocean. All of the world’s oceans are connected, and their cooling and atmospheric power is the only thing stopping climate change from already intensifying to a catastrophic scale. The main speaker for the evening was Anja Engel. She is one of the main professors and researchers of the Geomar Institute of Biological Oceanography. His research focuses on the impact of climate change on the world’s oceans.

In her keynote, she started with the powerful sound of the ocean. She spoke of the sound of whales calling each other for miles. Far from stillness, the ocean is filled with the sounds of the marine biosphere. Some are so incredibly loud that they can even interspher with the ultrasonic communication of submarines. The loudest animal in the ocean is the so-called pistol shrimp which with its voice can create deadly sonic bombs capable of killing small fish. Yet the entire ocean biosphere is quieting down, while the fishing industry is increasingly emptying the ocean. In addition, the ocean loses its oxygen. More and more “dead” zones where there is practically no oxygen for the animals to survive are developing. This and many other interesting and alarming facts were connected during Engel’s speech which will stay with us for a long time. 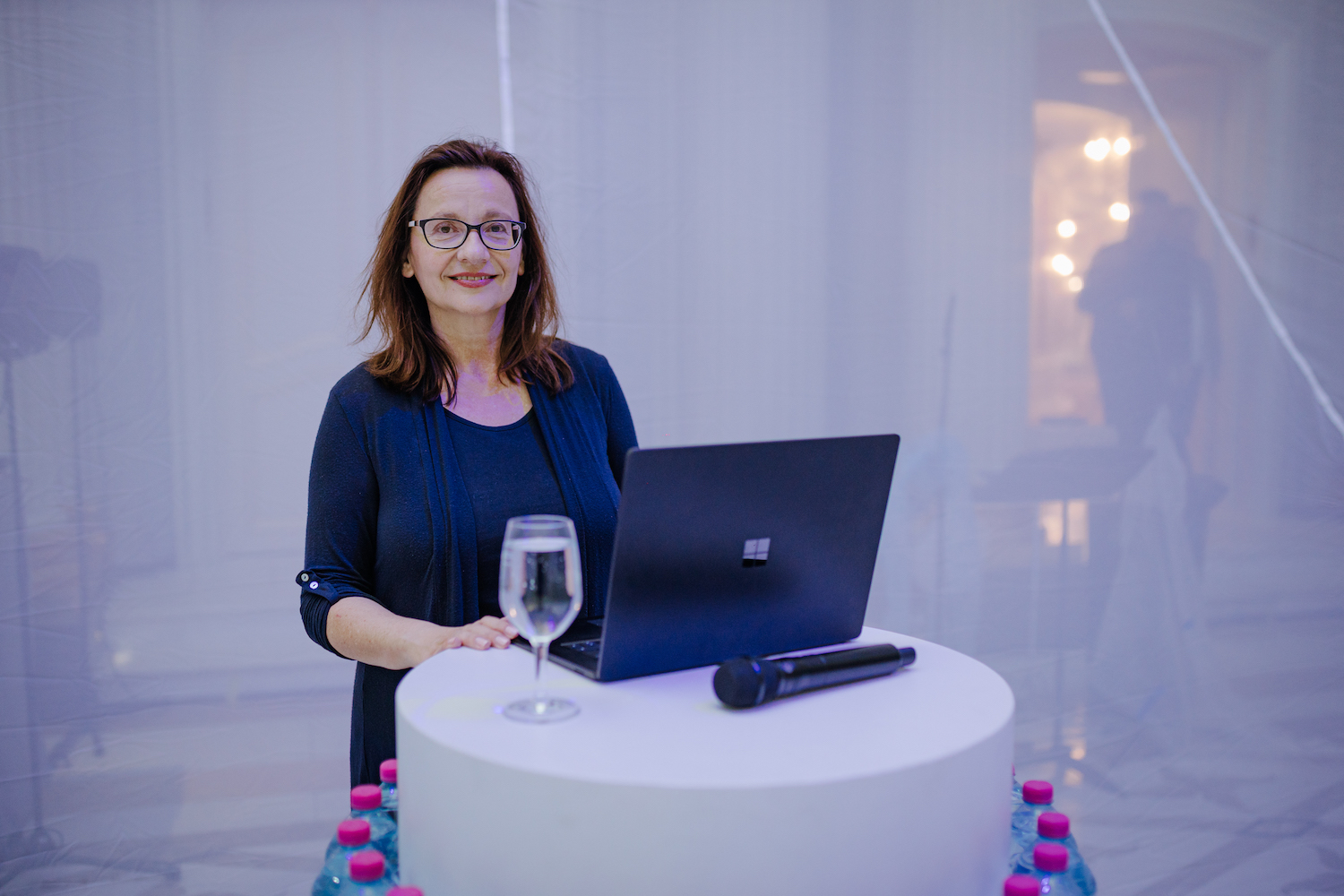 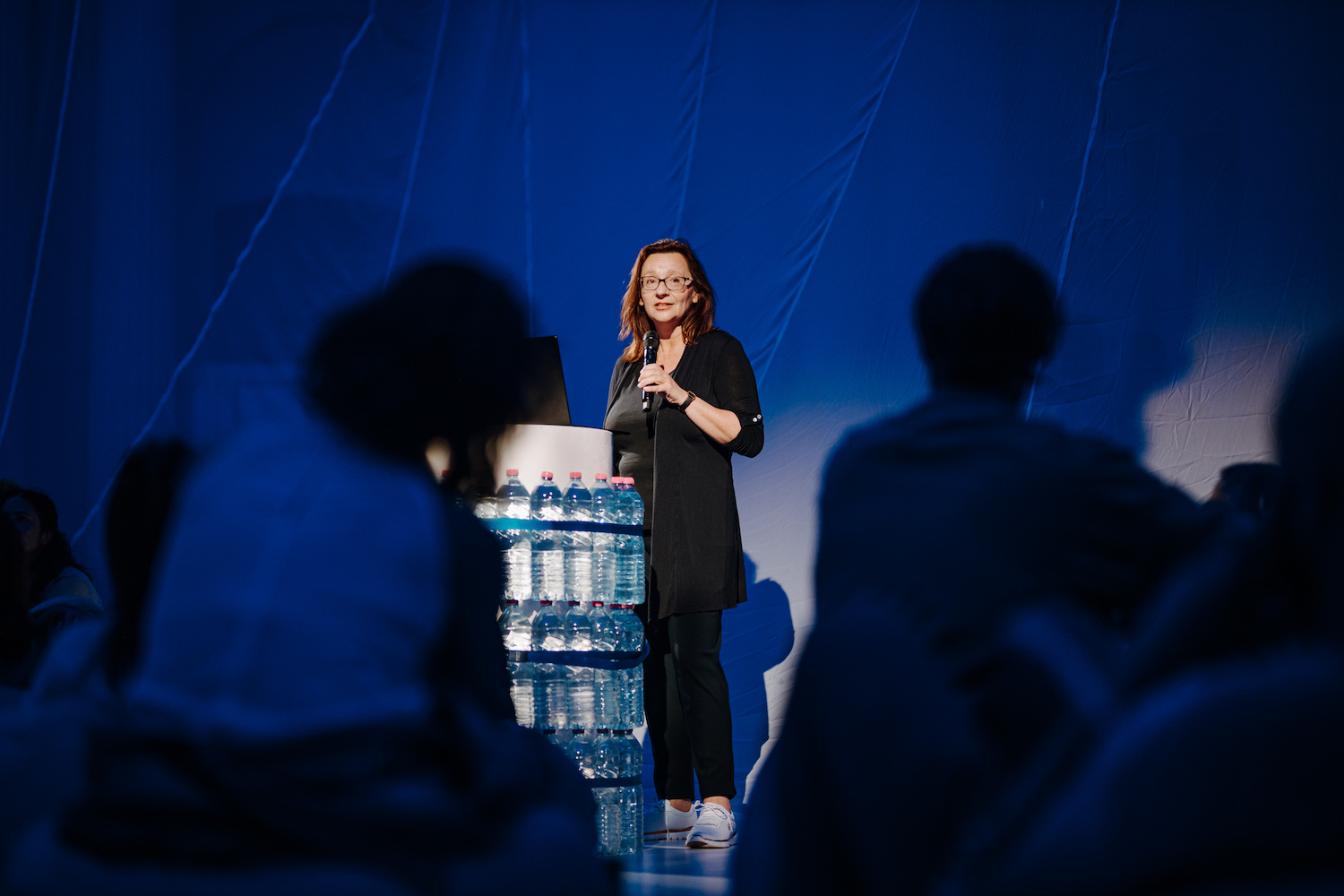 The sound of the ocean translated into music

After his opening speech, a quartet of musicians from the Staatskapelle Berlin and the popular electronic music duo Gebrüder Teichmann performed an experimental music performance merging famous aquatic melodies from classical composers like Moldau by Smetana but also more avant-garde classical composers such as Arvo Pärt. The Teichmann brothers experimented with classical melodies with electronic distortions and reframed it all into a living sonic network. On top of that, scientist Anja Engel was reading some of her thoughts on climate justice that sounded like a meditation mantra. 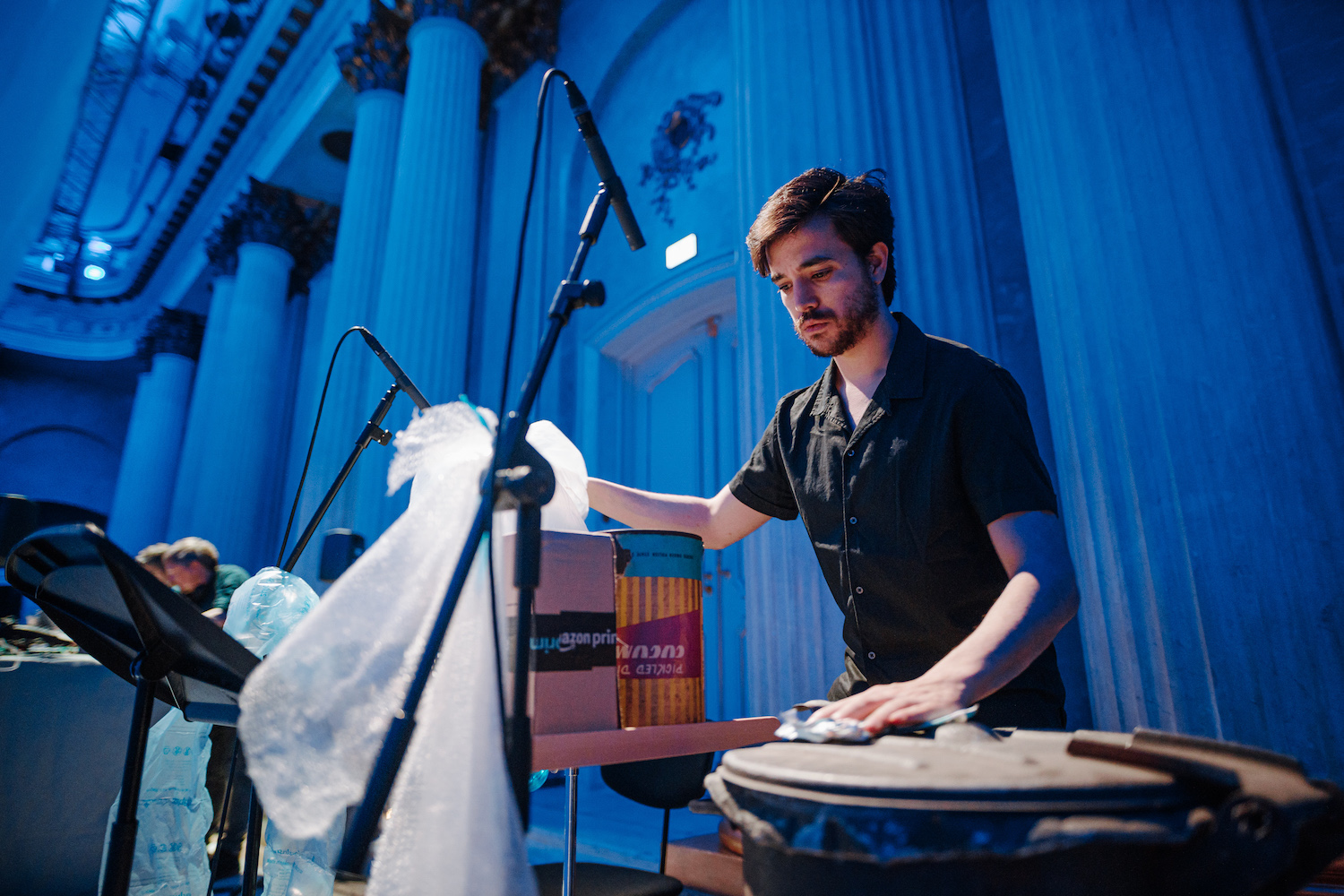 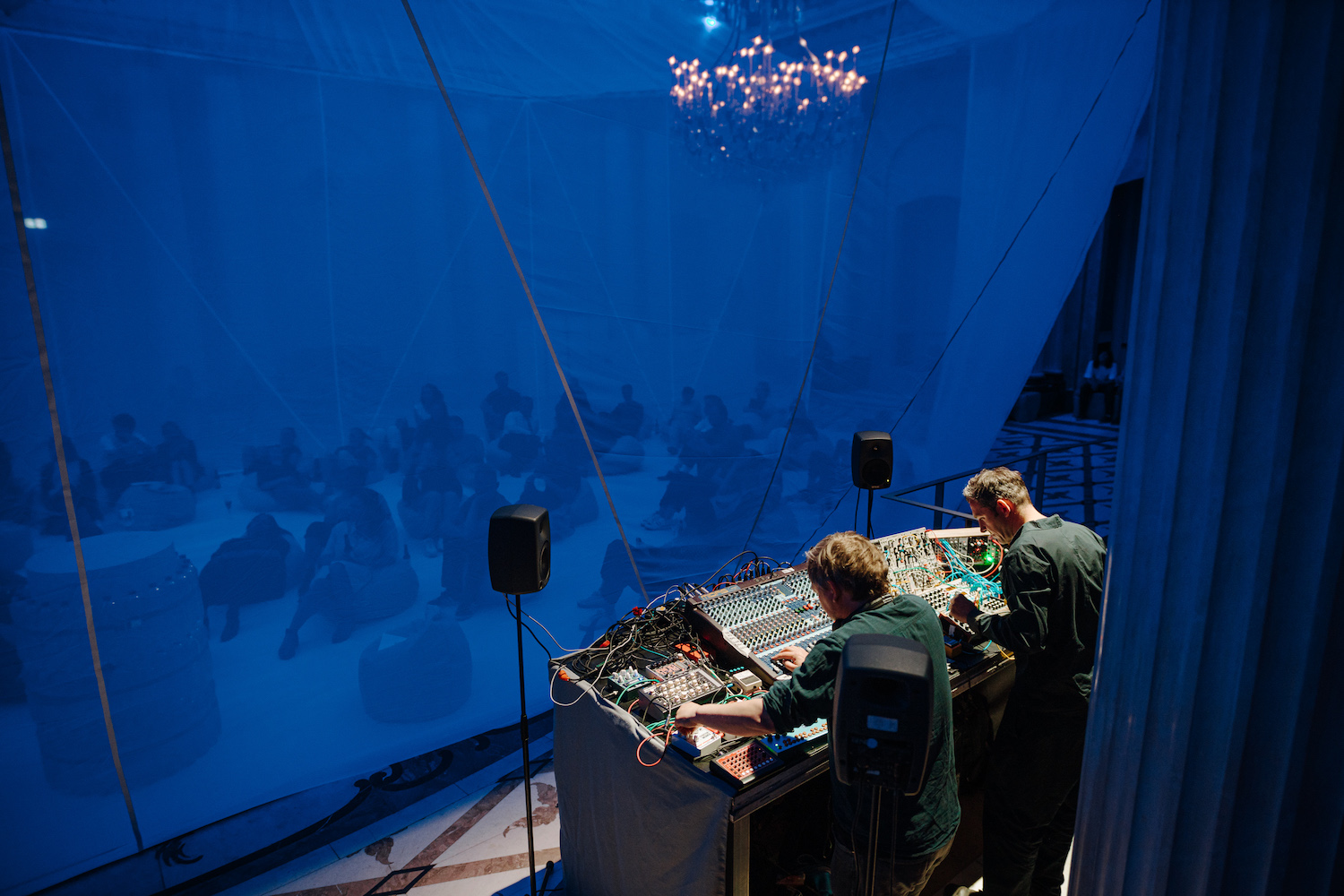 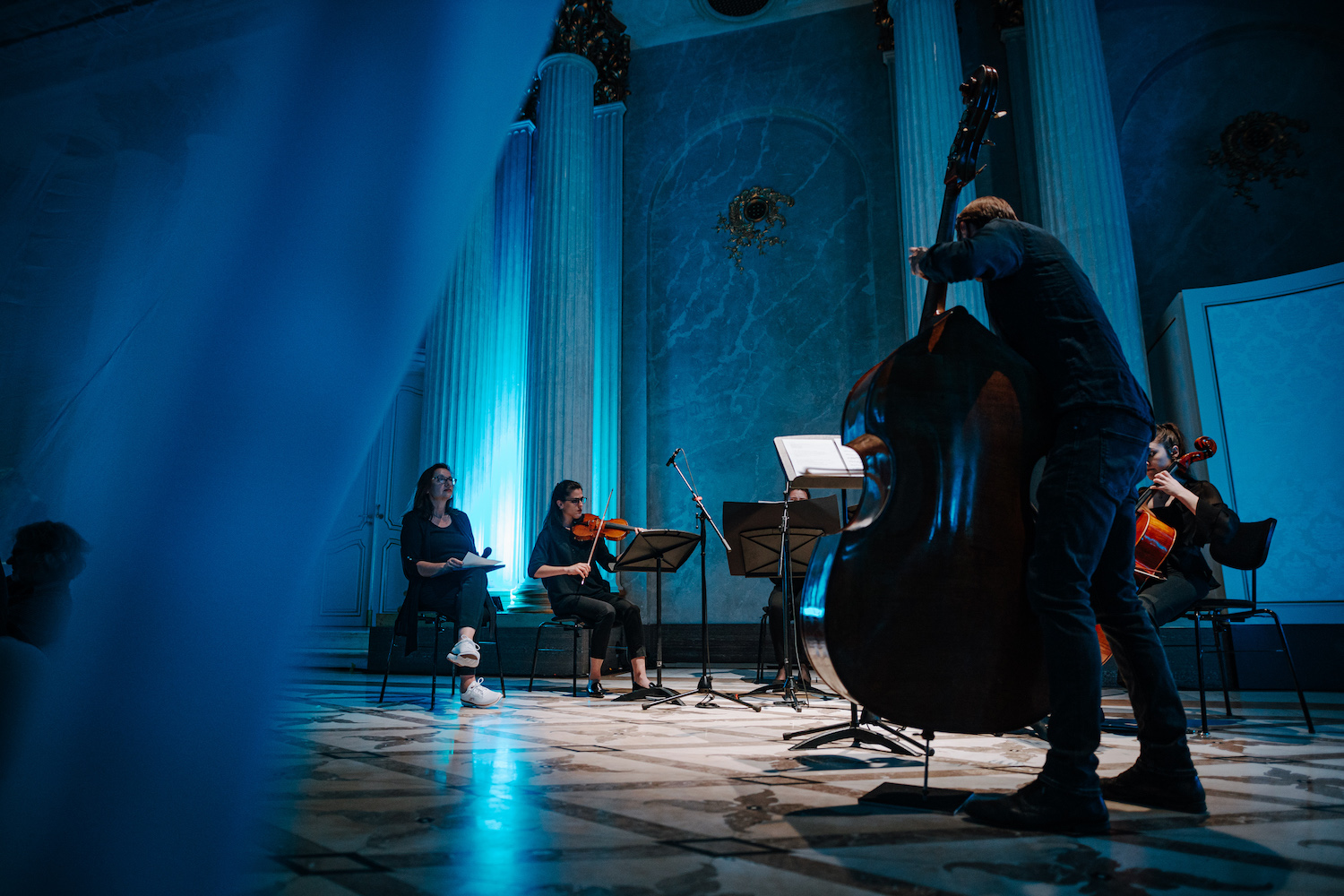 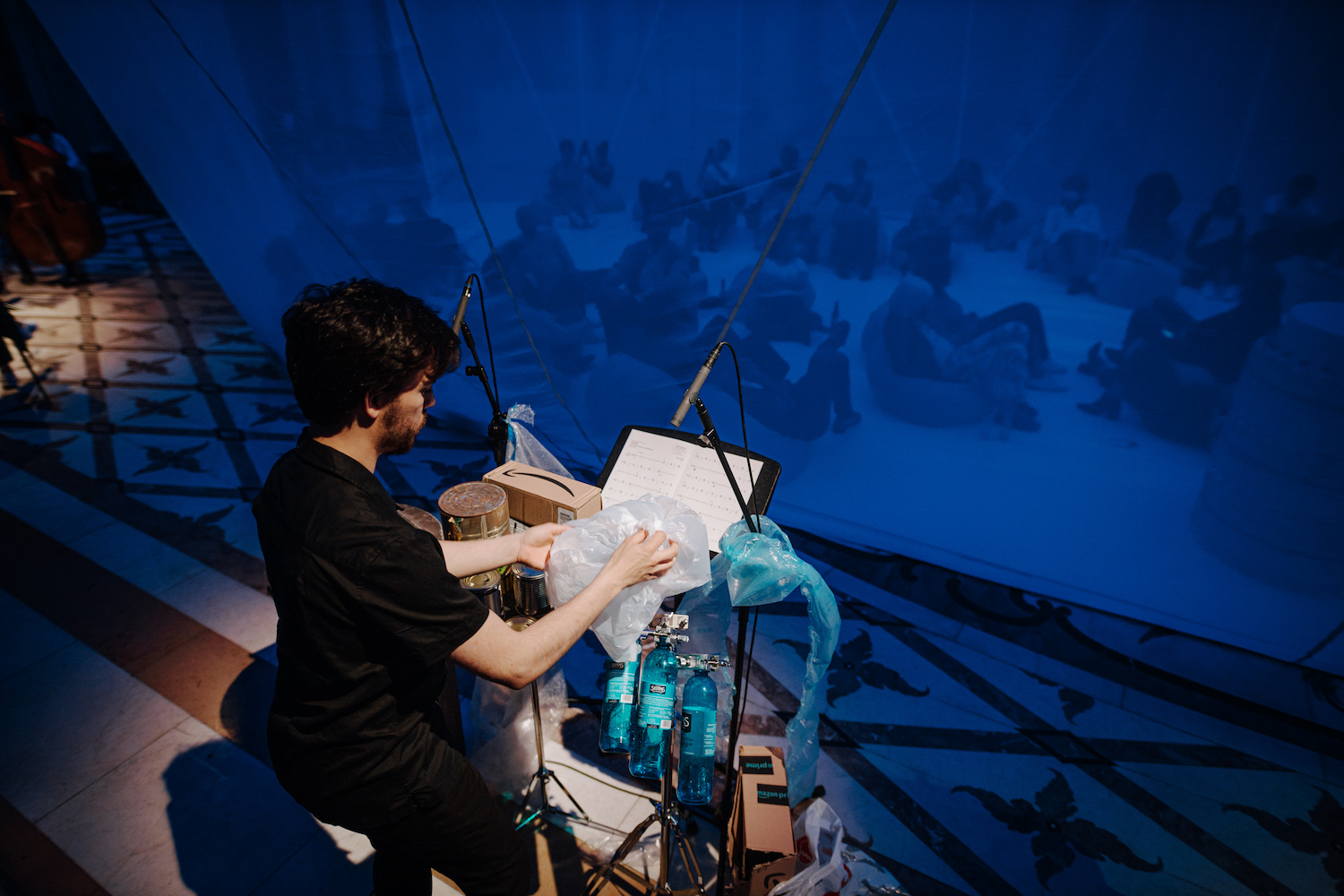 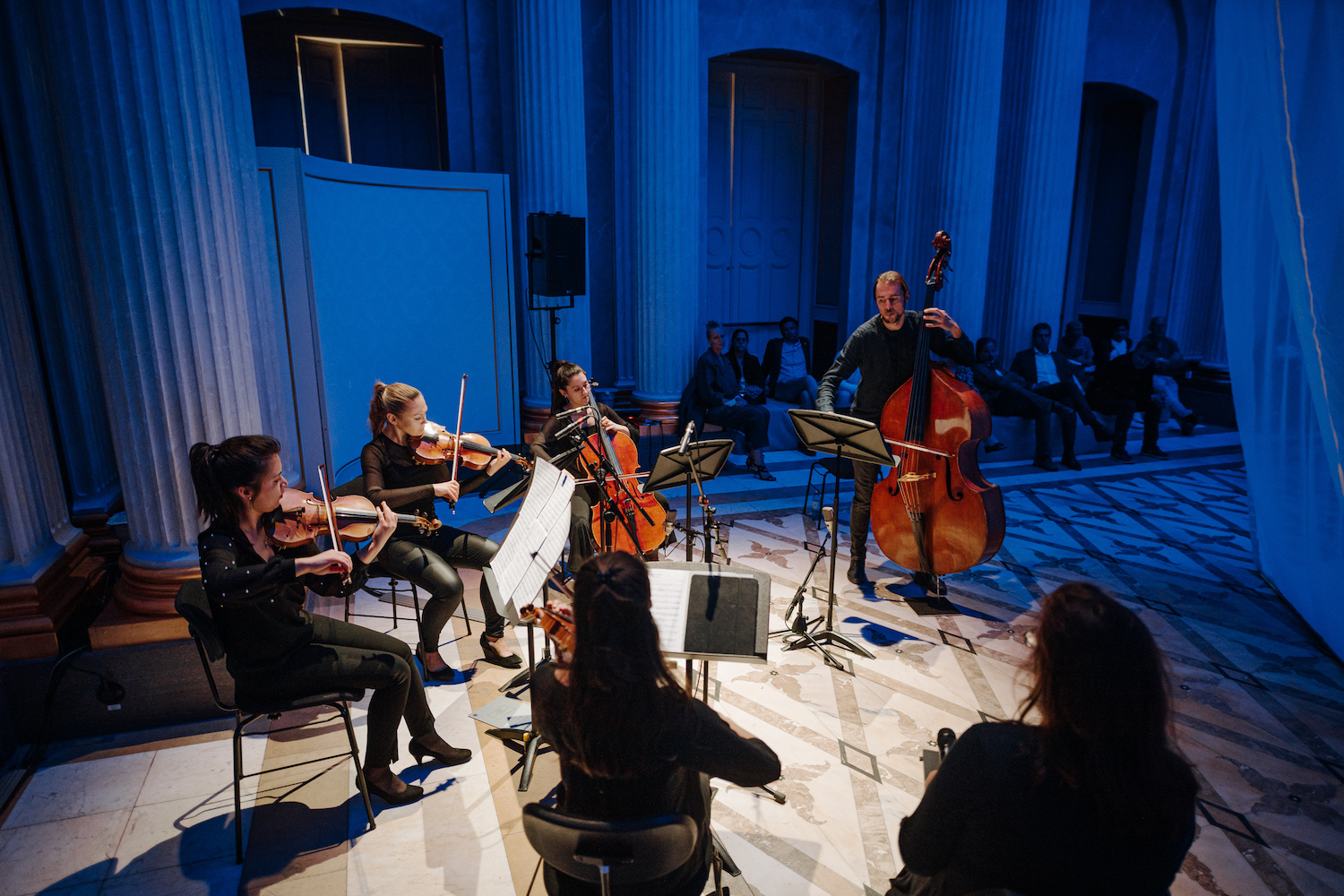 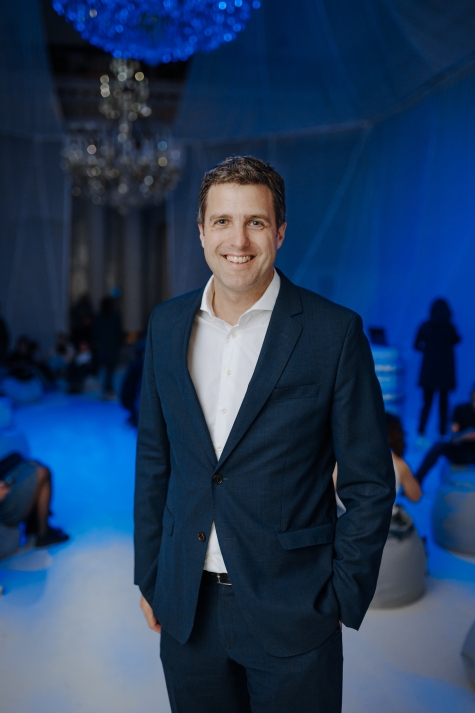 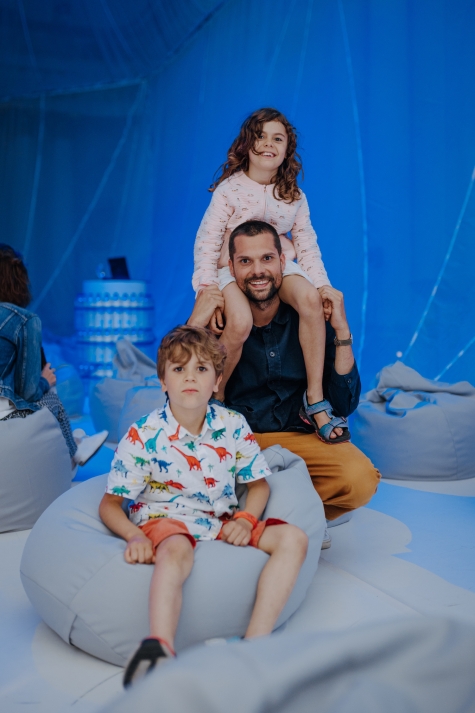 A new space for an intimate dialogue

The audience didn’t have to sit stiffly on an opera chair at this event. Comfortable seat cushions were laid all over the Apollosaal which was the venue for this event. The scenographer Valentin Köhler has transformed the entire room into a climatic capsule accessible on foot with his scenography made entirely of recyclable material. This allowed the audience to feel the intimate atmosphere we wanted to create for this important topic and sensitive performance. After the performance, opera director Matthias Schulz invited the audience to stay and talk about the topic with local Berlin initiatives like ocean now who invests to save the ocean, and the startup coffee form who wants to reduce plastic pollution with coffee cups made from used coffee powder. 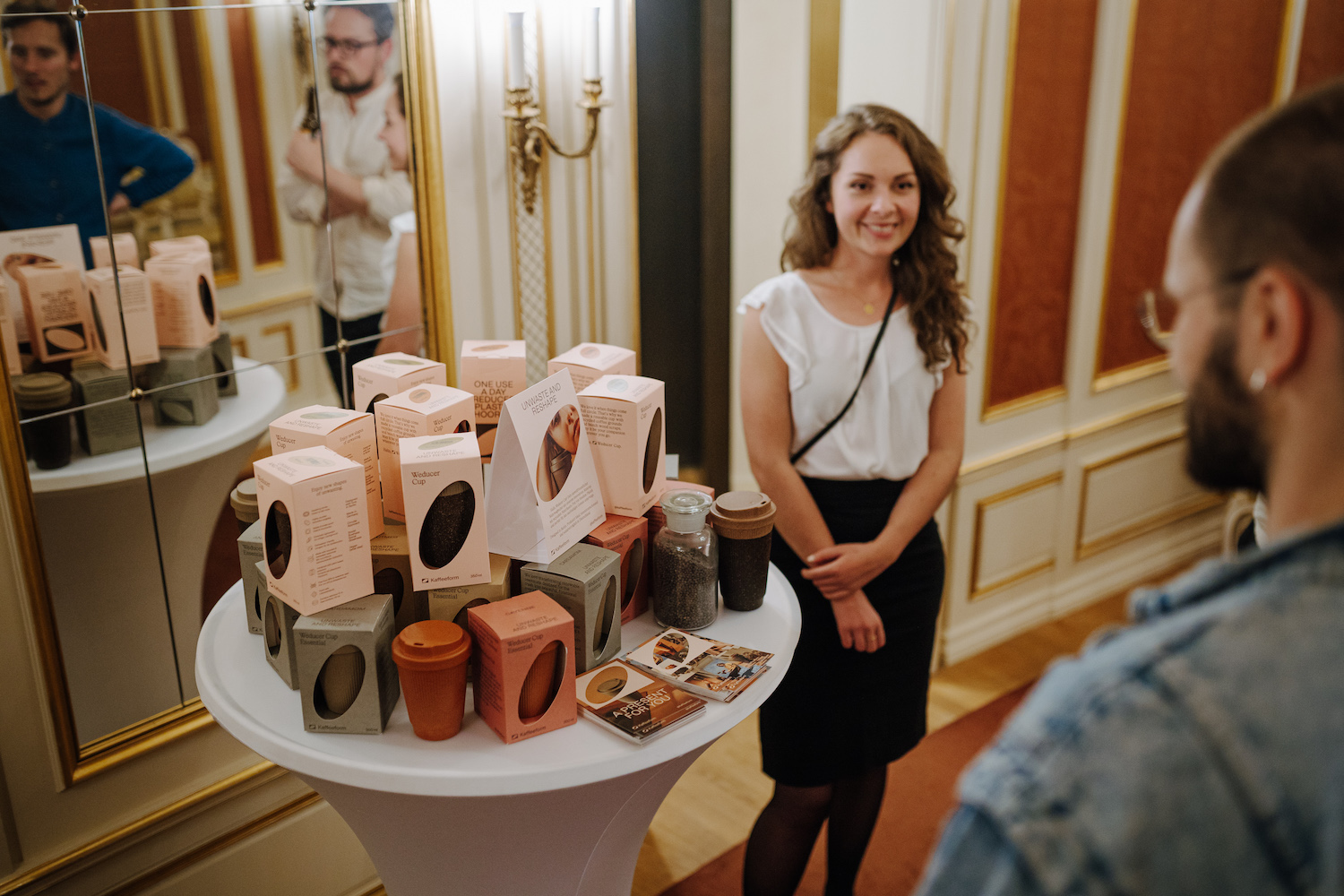 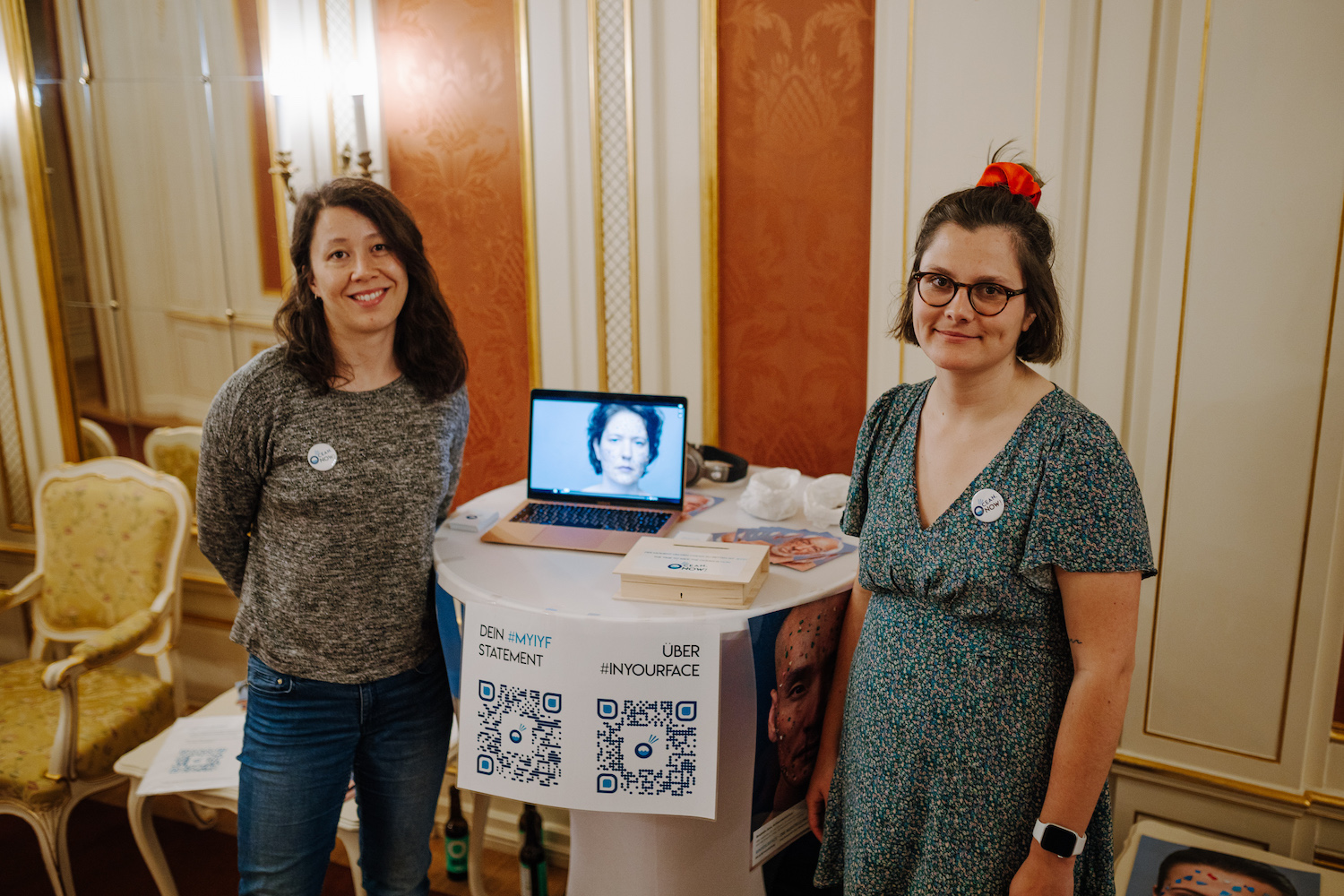 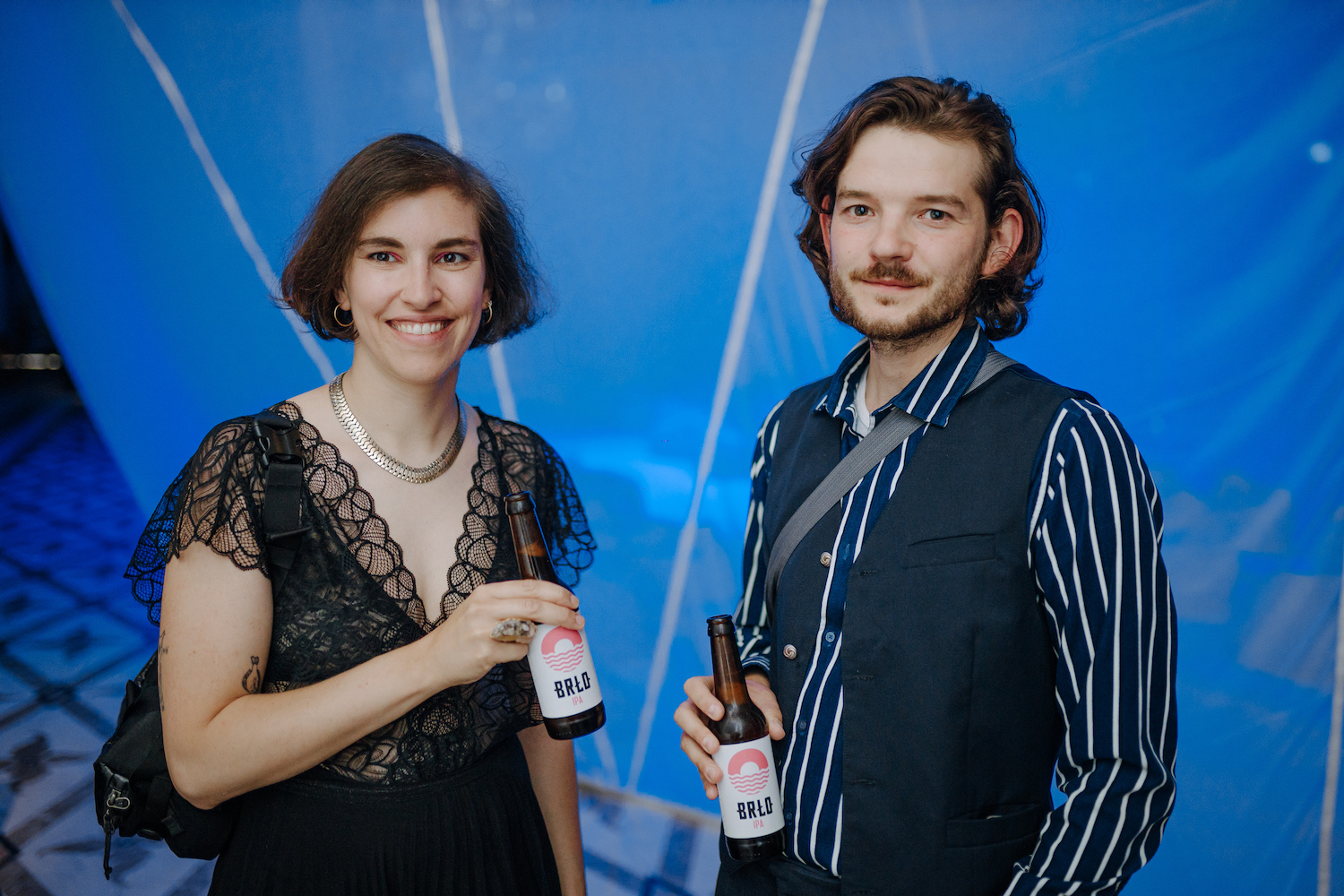 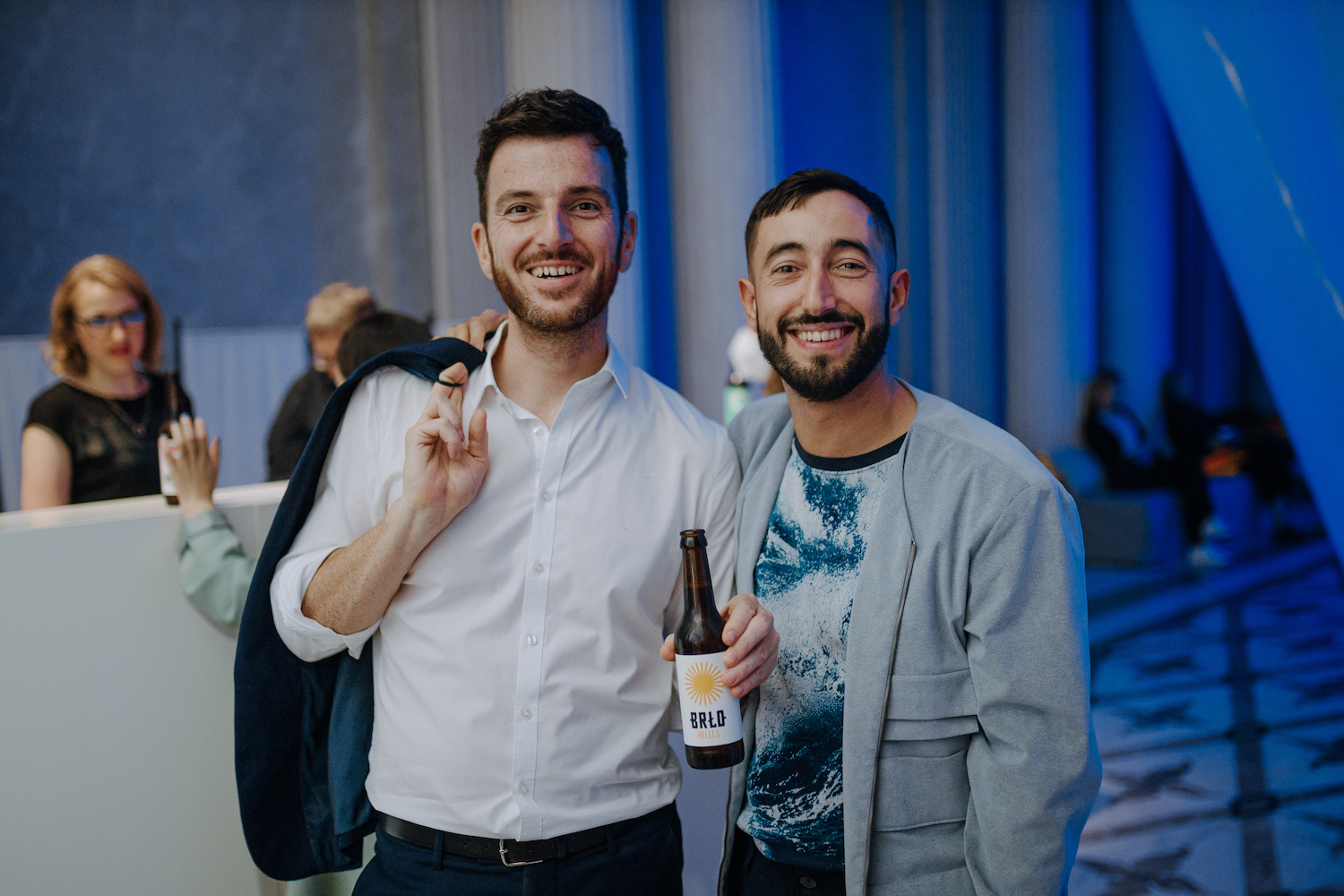 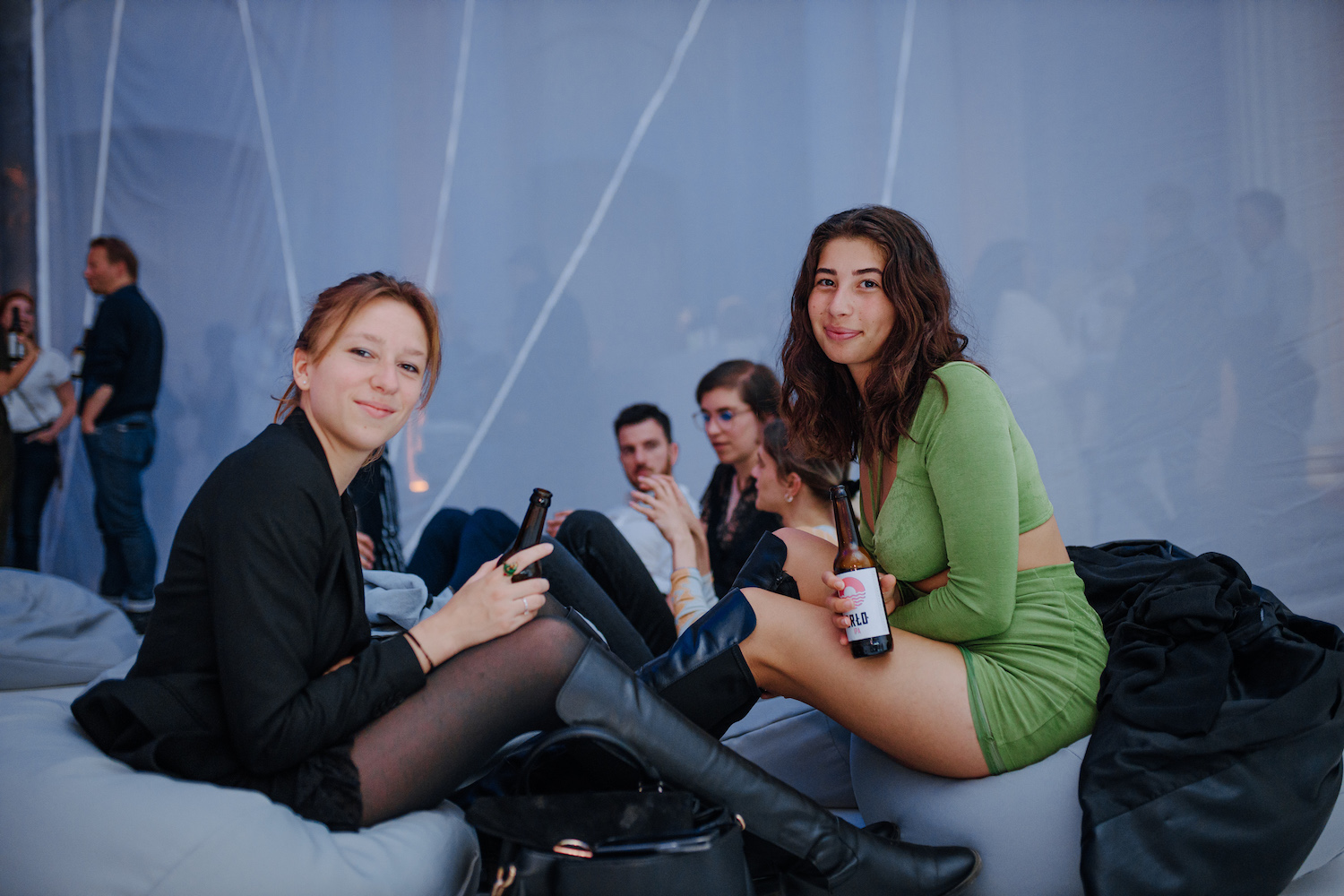 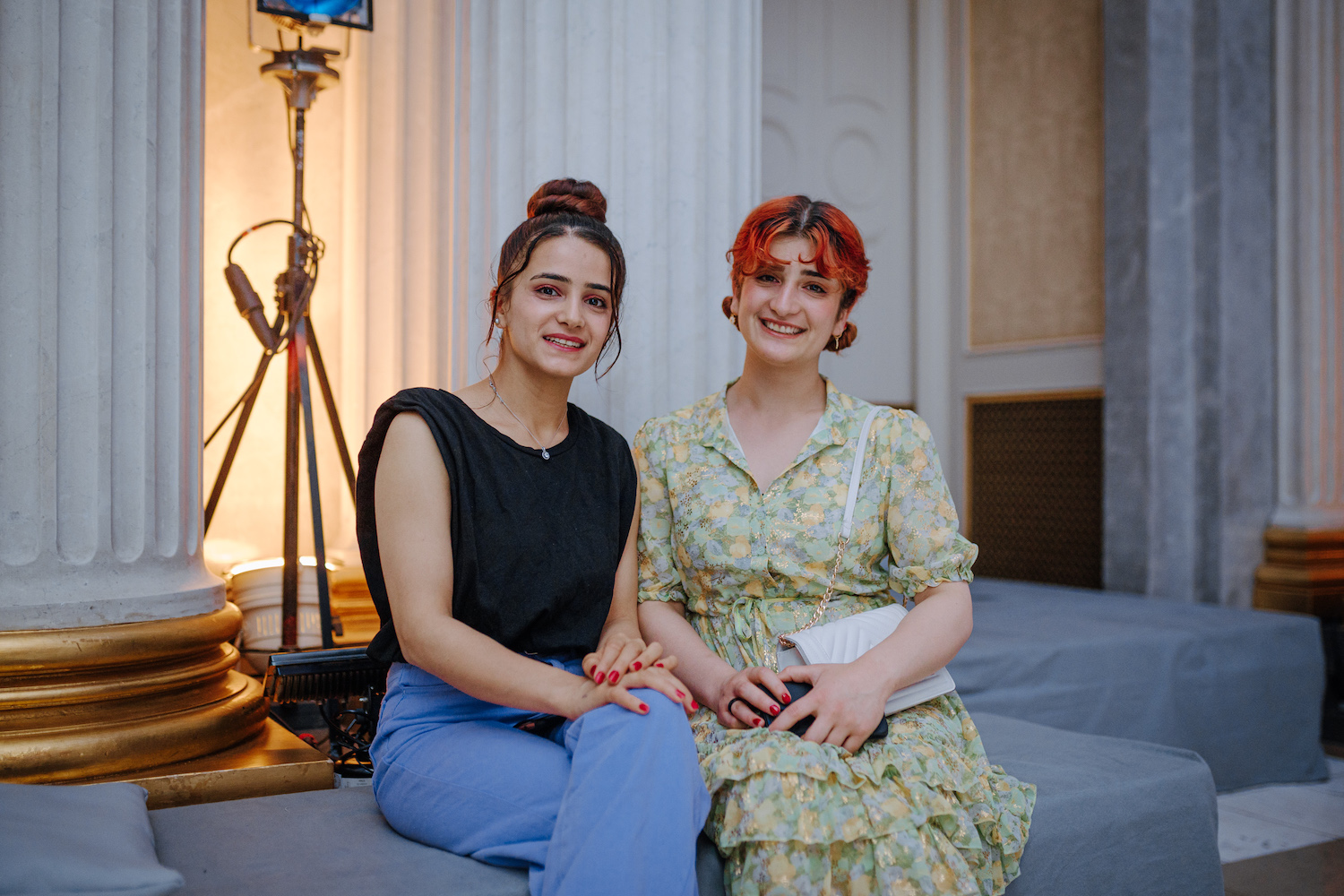 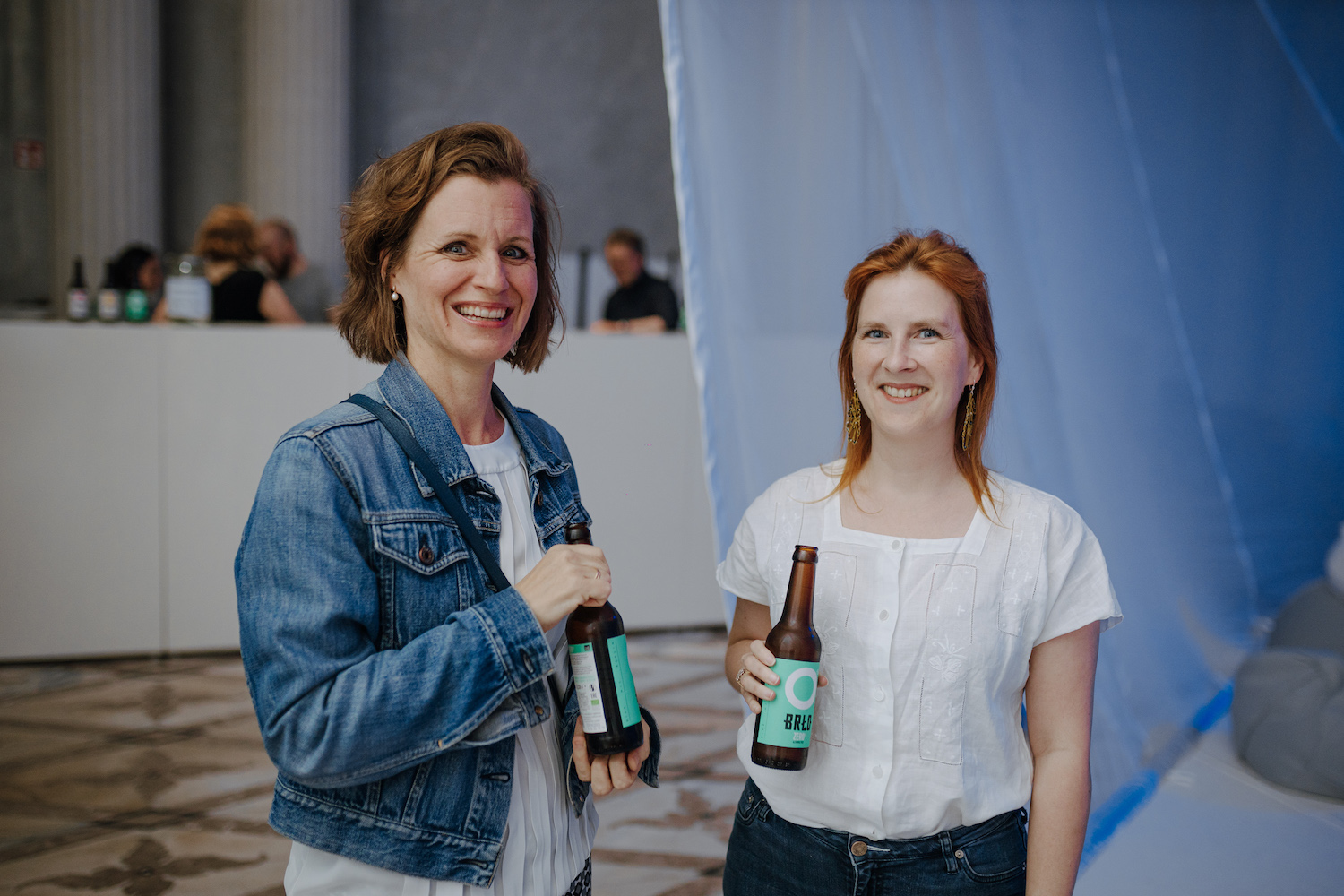 To refresh the conversation with the locals BRLO Brewery we served a climate-neutral beer brewed with old bread from Zeit für Brot. Overall, we tried to think of all the details to really give the audience food for thought and an impetus to act. It’s still not too late to change some of the effects of climate change, and together with Staatsoper we want to live on a habitable planet for many years from now. 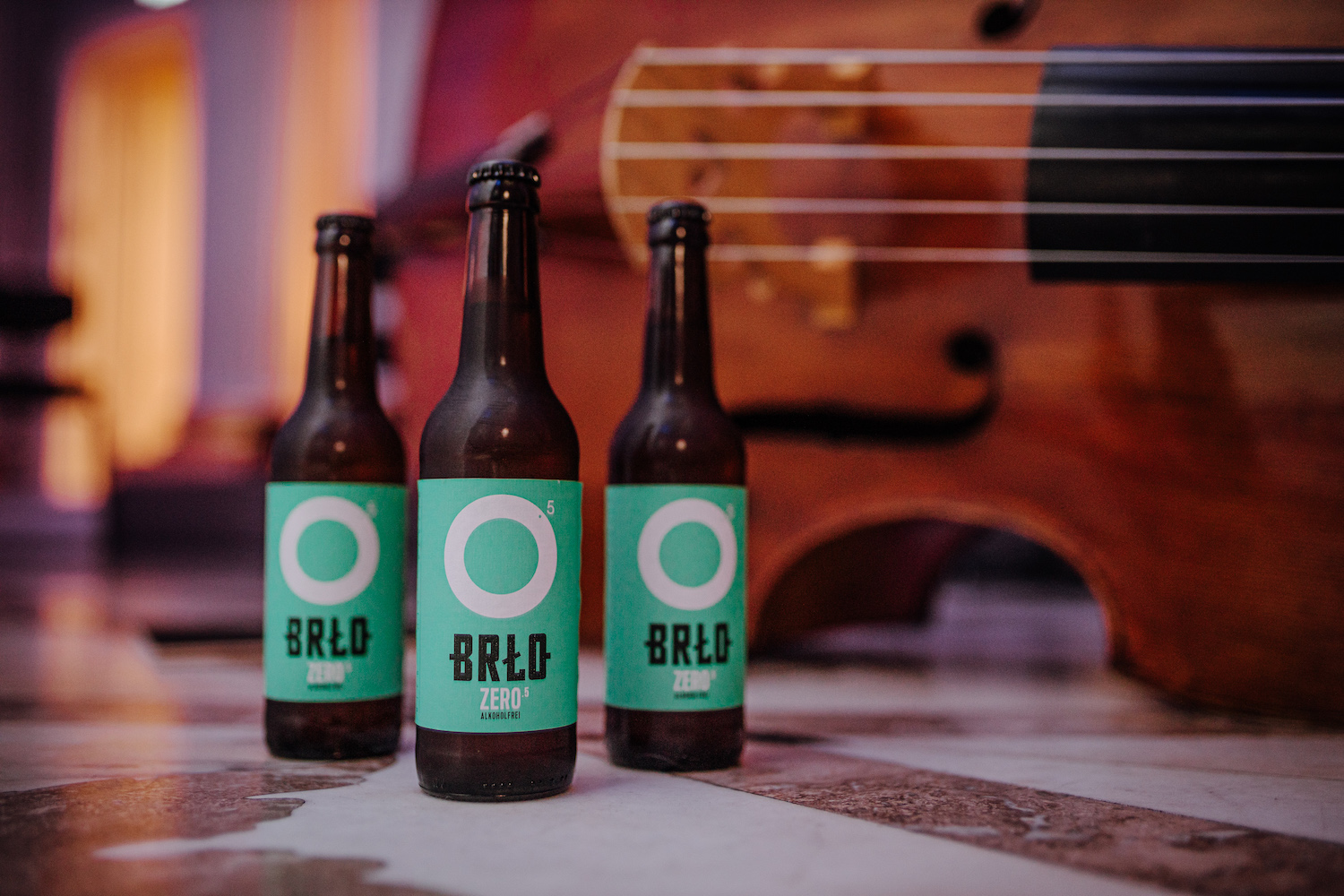 If you feel inspired, you can donate to ocean now or for Wandel Orchestra who perform many concerts to raise funds for environmental causes. The next Sustainable Listening will take place in January 2023. So stay tuned and we’ll let you know in advance when you can buy tickets and what the program will be.

From our side, we really want to thank Staatsoper Berlin for involving us in this special project. A special thank you to Victoria Dietrich who is in charge of the press department and to Jana Beckmann who is the artistic director of this project. 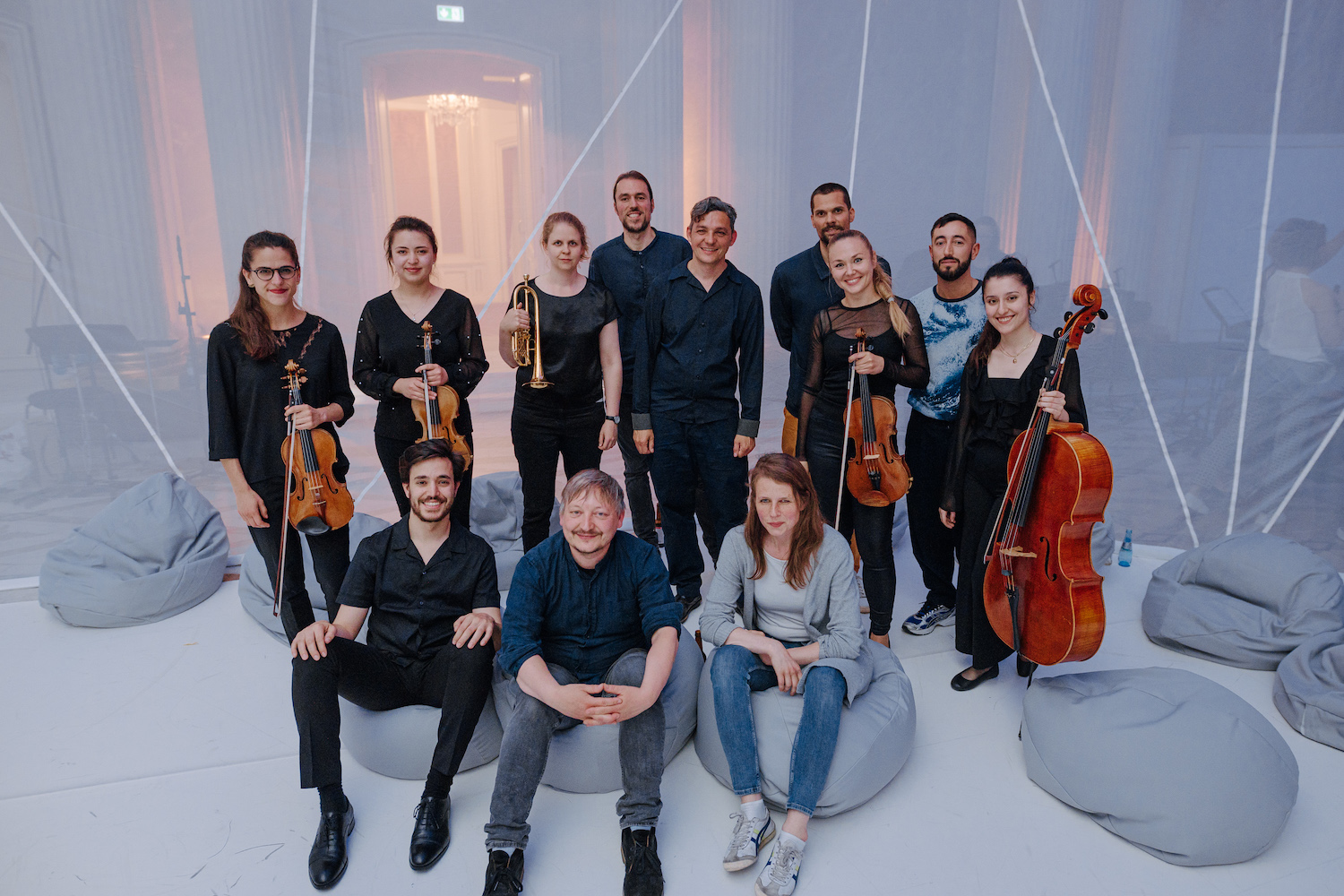 6 Ways To Mental Detox For Clarity and Joy

70s Hairstyles for Women That Are Trending- The Trend Spotter

Behind The Ear Tattoos: How Much Do They Really Hurt?