Survivors’ Night on CANAL + CINEMA: why cinema is so essential to us 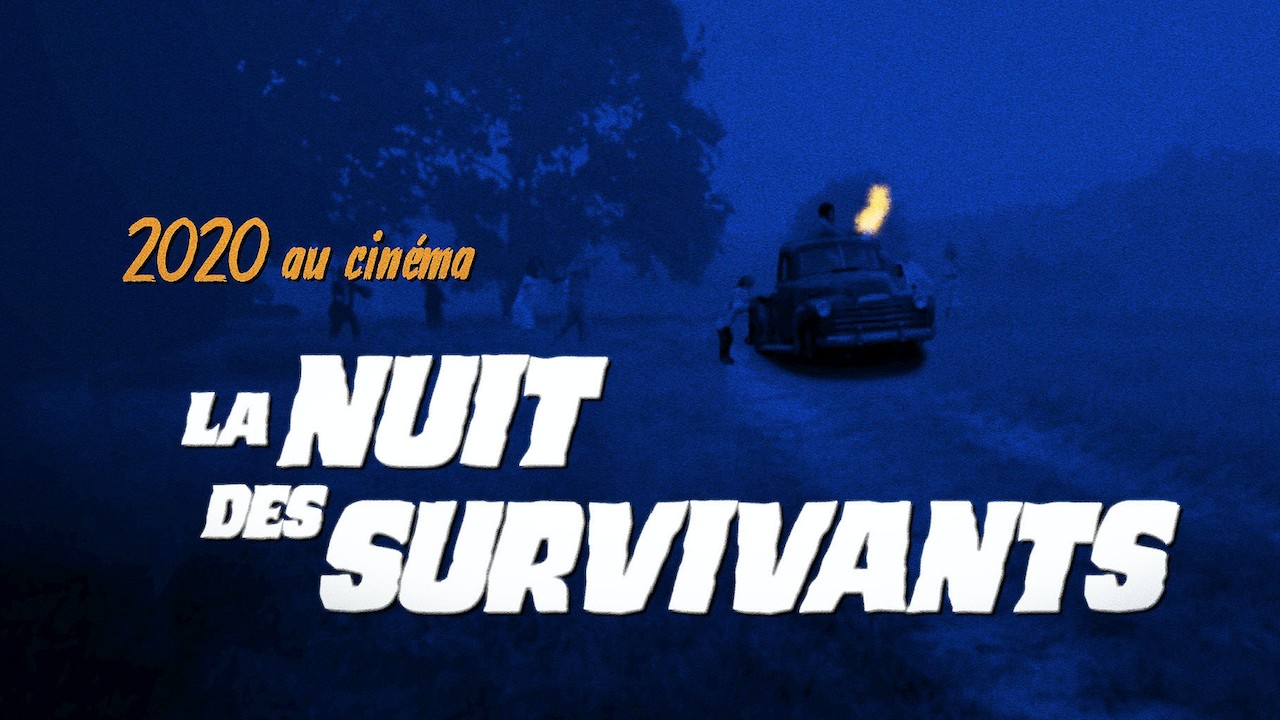 CANAL + CINEMA is broadcasting this Monday March 8, at 10:35 p.m., an unprecedented documentary on French cinema in times of confinement. The opportunity to question our relationship to cinema, so “essential”. Interview with its director, Baptiste Etchegaray.

Synopsis: Almost a year after the confinement that changed our lives, this journal of the year 2020 is a love letter to the 7th Art. Told in the first person and summoning many witnesses, it multiplies the nods to horror cinema to ward off fate, and questions a passion that has certainly not finished making us vibrate.

AlloCiné: You adopt a very personal tone, close to the logbook, in this new documentary. Was this the triggering idea, like a sort of diary of a confined film enthusiast? And at the same time, there is this great idea to draw a parallel with Night of the Living Dead … In what order did these ideas come?

Baptiste Etchegaray, director: We can say that the documentary was made by intuitive writing! It all started during the first confinement where I was going around in circles, where I brooded about not being able to go to the cinema and where I came up with the idea of ​​recording Zooms with people from the cinema to find out how they were experiencing this. historical situation (distributors, theater managers, producers, etc.)

I had no idea of ​​the final destination. I vaguely had the intuition of a documentary that would tell the pandemic through the angle of the missing cinema but without having a precise form in mind. I spoke to Canal +, which showed interest and said “go” to me in September. It was from there that I really thought about a narration with my producers, Caïmans Productions, that the idea of ​​horror cinema came to me – since we were living a horror film in real life – and in particular from The Night of the Living Dead which made so many nods to what we were going through (until Dr Georges Romero who happens to be a resuscitator in Lyon!).

And it was while editing the film in January, when we never seemed to see the end of the tunnel again, that I gradually affirmed an “I” which spoke of “us”, collectively, caught in the torment of this pandemic. So it became a kind of containment diary and love letter to the cinema that had not been really premeditated!

What guided your choices for the people in your film? We can hear in particular the testimonies of a few press officers, for example, that we see rather rarely on the screen …

I wanted the entire film production chain to be represented, right down to the press officers who in fact are never brought to light even though they are very heavily impacted by this crisis since the films no longer come out.

Very weakened by the crisis, the cinema press officers created the CLAP association

I wanted of course to give the floor to the directors of cinemas (the “exhibitors” in the jargon, but how ugly that word is!) Who are the first affected, in particular the private independent cinemas (like Le Rex in Sarlat) of which one can be. very worried about the future. The idea that rooms could be closed because of the pandemic breaks my heart. But above all, I wanted to take advantage of this parenthesis to collect luminous words about cinema, to ask myself why it is so dear to us, so “essential”, why we must take care of it.

I didn’t want to make a heavy documentary, the period is already enough, I rather wanted to pay tribute to a passion that has animated me since adolescence and which I believe has animated many people. who guided me in the choice of speakers, which is why, for example, I enjoyed discussing so much with the immense director of photography Caroline Champetier, who reminds us that the cinema screen is a light that we need to go out from our cave, we confined animals!

We feel mixed feelings when discovering your film: at the same time, a form of sadness and melancholy, by noting this stopping of the culture still in progress, and at the same time, a certain euphoria by listening the way in which everyone has succeeded in confronting this period, questioning themselves, even reinventing themselves. It must not have been easy to complete this project not knowing if it would be released at a time when culture would be deconfined or not … To put it another way, was it a puzzle to imagine such a film of which we do not yet know the outcome?

Yes that is very true! I spent my time rewriting the synopsis, readjusting the narration, depending on new government announcements, new restrictions, new curfews. Initially, I thought I would follow the reopening of theaters in December, I was ready to film that, on board with a distributor. And then patatras, everything remained closed. It was a real blow. I also believe that it depressed a lot of filmmakers, whom I could not convince to participate, many did not know what to think.

We said to ourselves with the producers and the broadcaster that this perpetual uncertainty with which we have lived for a year was also part of the documentary, that we had to accept it, “play” with it. It sometimes offered pretty surprises that you had to seize, like this “wild” projection one evening in January on the wall of La Clef. I must say that my great pleasure was to be able, for the needs of the shooting, to slip into all these “dormant” rooms. The Harlequin, the Max Linder, the Grand Action, the Studio 28 … all these legendary venues in Paris still seemed very much alive, full of memories and promises. I saw how their owners pampered them while waiting to re – finally welcome the spectators, at the end of this too long “night”.