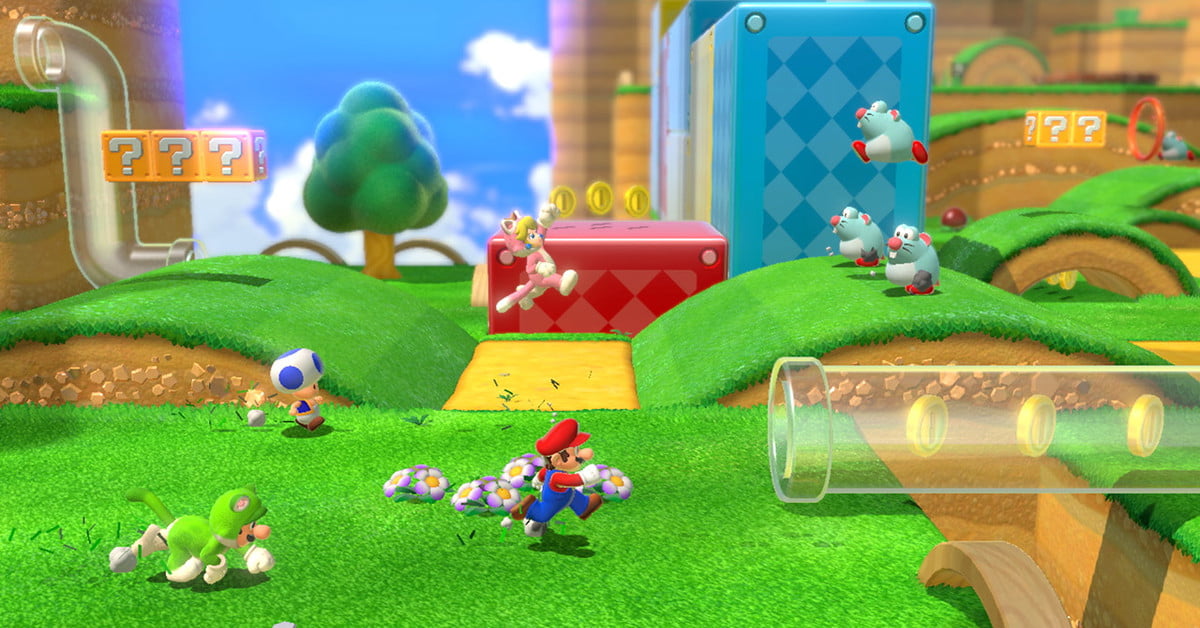 Secret exits, or warp zones, have been hidden away in Mario games ever since the original Super Mario Bros. on the NES. These special pipes allow Mario to skip levels, or entire worlds depending on the game. That is, if you are able to find them. These secret exits are never in obvious locations, often requiring players to go places the game doesn’t even imply you should be able to reach. In Super Mario 3D World, in particular, they are very well hidden and require a bit of skill on top of that.

Now that Super Mario 3D World + Bowser’s Fury has hit the Nintendo Switch, it is the perfect excuse to revisit the original Wii U title or experience it for the first time if you missed it. These warp zones can help you speed through the early stages if you’re eager to get back to the more difficult levels. Unlike some Mario game warp zones, each one in this game only has one red pipe that will transport you to the next world, instead of a selection like there was in the original. Here are the locations of every warp zone there is in Super Mario 3D World and how to reach them.

The first secret warp zone is in the very second stage of the game in 1-2, Koopa Troopa Cave. Getting into this pipe will skip the remaining stages in world one and send you directly into world two, but reaching it requires that you have the new cat suit equipped. You will either need to get one in stage 1-1 and make it all the way to the pipe in 1-2 without getting hit, or hold one in your inventory and pull it out once you reach the correct spot.

As you go through 1-2 you will come into an underground section immediately after starting the stage. Run through this section until you hit the first checkpoint flag. Continue forward, through a clear pipe that takes you around a corner, and to a triple-wide question mark block. Hit it, get on top, and jump again on the right side to reveal a second invisible long block. Repeat the process one more time with a third invisible block and use them as a stairway to reach the upper platform. Head just past the clear pipe exit sticking out of the wall and use your cat powers to scamper straight up the wall. There will be no indication anything is up there, the top of the screen is completely blacked out, except for a small ray of light shining where you should run up from.

Dive in and watch Mario soar underneath all the stage left in world 1 and pop out in world 2.

Just like the first warp zone, you will need to have a fresh cat suit handy in order to reach this next red pipe. Load up into world 4-2, Piranha Creeper Creek, and work your way through the level. You will go into a green pipe to an underground area with a checkpoint flag, and then emerge back above ground on a square platform with a transparent block glowing on the wall to the left. Grab the item in it and then leap on top and cat crawl your way up onto an upper platform otherwise out of view. From here you just need to run and jump across the floating bits of land without falling off the purple waterfall, and on the other side is your final warp pipe. If you do fall, as long as you don’t lose your cat suit, you can try again by just going back across the purple river and climbing back up.

You’re treated to one more scene of Mario sliding under an entire world until reaching world 5.

These are, sadly, the only two warp zones available in Super Mario 3D World. However, even if you’ve played the game before, all the levels are more than worth replaying now that the game is back and better than ever on the Switch.