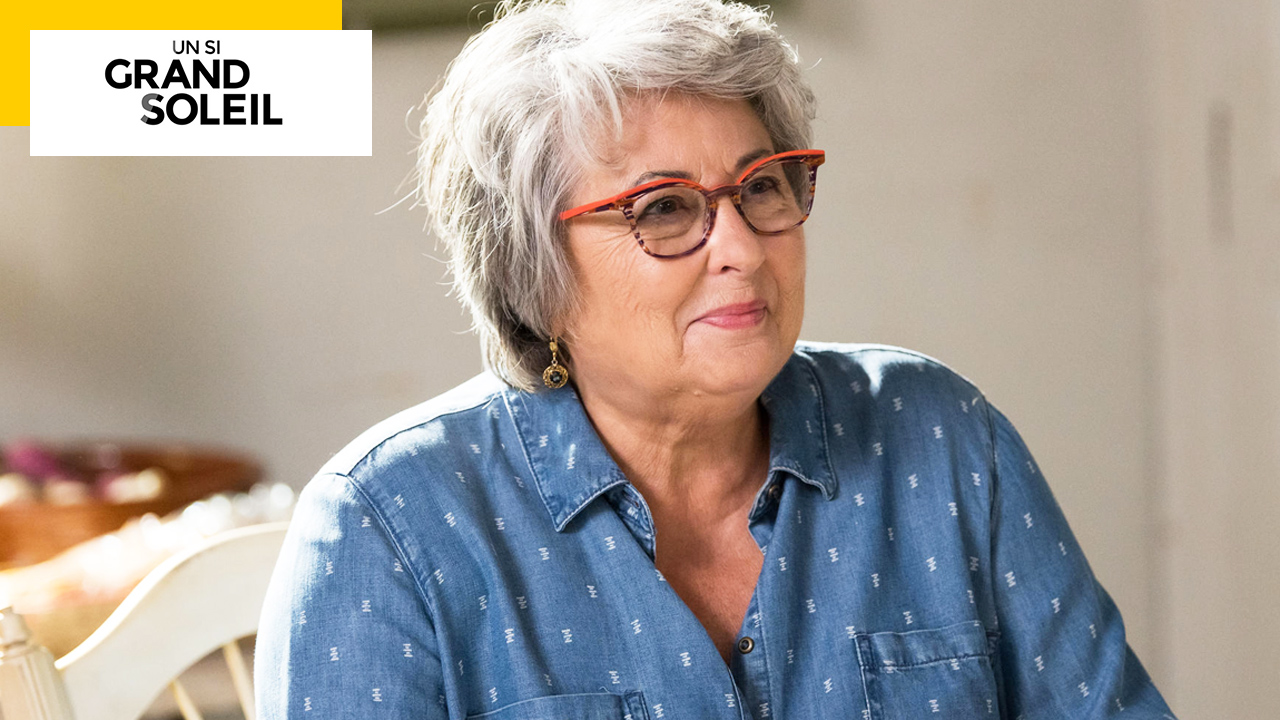 Elisabeth Margoni leaves “Un si grand soleil”. While his last episode will be broadcast on Friday evening on France 2, the interpreter of the sparkling Maryline returns for us to the reasons for his departure.

Allociné: After several months of absence in such a big sunMarilyne returns more radiant than ever in Paul’s arms (Francois-Eric Gendron). What can you say about this romance?

Elizabeth Margoni : Maryline met Paul in a supermarket. Her credit card didn’t work so Paul helped her out. They exchanged phone numbers and saw each other two or even three months before their story was revealed on screen.

Initially, Gary (Alban Aumard) is not very thrilled at the idea that his mother has found love again but will finally be quickly seduced by Paul…

The fact that Paul has a hotel in Morocco pleases Gary very much. As he manages a campsite, he will want to give him some advice. He will therefore settle down and come to Morocco with them. But Maryline will fire him to live quietly. She adores her son but is tired of doing his laundry and fixing his nonsense. For her, it is high time to cut the cord.

To put some distance with her son but also fully live her story with Paul, Maryline will leave Montpellier for good to settle in Morocco. Was it a desire on your part to leave the series?

It wasn’t the production that asked me to leave, it was me. I left because I live in Brittany near Paimpol and the filming of Un si grand soleil is in Montpellier. I traveled ten hours, sometimes for a scene and five lines, which was frankly exhausting. IThey understood very well. Besides, they gave me a very beautiful, completely unexpected ending with a handsome fiancé as well (laughs).

So you are satisfied with the outing reserved for Maryline?

Ah yes, yes, yes, it’s great! They told me “we’re going to give you a dazzling finale“and they didn’t lie (laughs).

You shot in Morocco for the purposes of this plot. How did this shoot go outside the Montpellier studios?

What complicate the work for the sound operator, especially since it was still necessary to play love sketches in a terrible wind. At the same time, we still took advantage of the place and laughed a lot. VSwas a very nice experience.

Was it about your very last shooting scenes?

I shot a few scenes in Montpellier, but Maryline’s farewell is in Dakhla. That said, the production left a door open for Maryline to return. We’ll see how the series evolves.

I imagine that your final day of filming was emotional?

What was very moving was my last scene with Alban Aumard (Gary’s interpreter, editor’s note). We had trouble. We really cried because we’ve been playing together for four years. We get on very well. In Dakhla, he was brilliant. He helped me in the sands and in the wind. He’s an absolutely wonderful guy. A marvelous actor and then a truly superb man in life.

The others, I loved them too. All the roommates, my little one Jennifer Dubourg (Davia’s interpreter, editor’s note), Malik Elakehal El Miliani (Bilal), Folco Marchi (Ludo)… It was great to tour with them. We were really a group that got along well. It was easy. Never one word higher than the other. And then, there was heart in everything we did.

Do you know what will become of the roommate with the departure of Maryline?

I think it will disappear but you have to ask the authors. It would have been nice if Gary started a game club (laughs).

Is there a particular memory or plot that you will remember?

I loved all the Christmases we celebrated at the roommate. In the end, I liked shooting a lot of things and I liked this character a lot. I must say that I put a lot of myself into it (laughs). I really made her a baby boomer, sixty-eight. I really enjoyed doing everything.

Do you have other projects apart from Un si grand soleil?

I’m going to shoot in a movie Benoit Cohen which is called “My France”. He wrote a book called Mohammad, my mother and me. It’s a true story. I will play the girlfriend of Fanny Ardant.