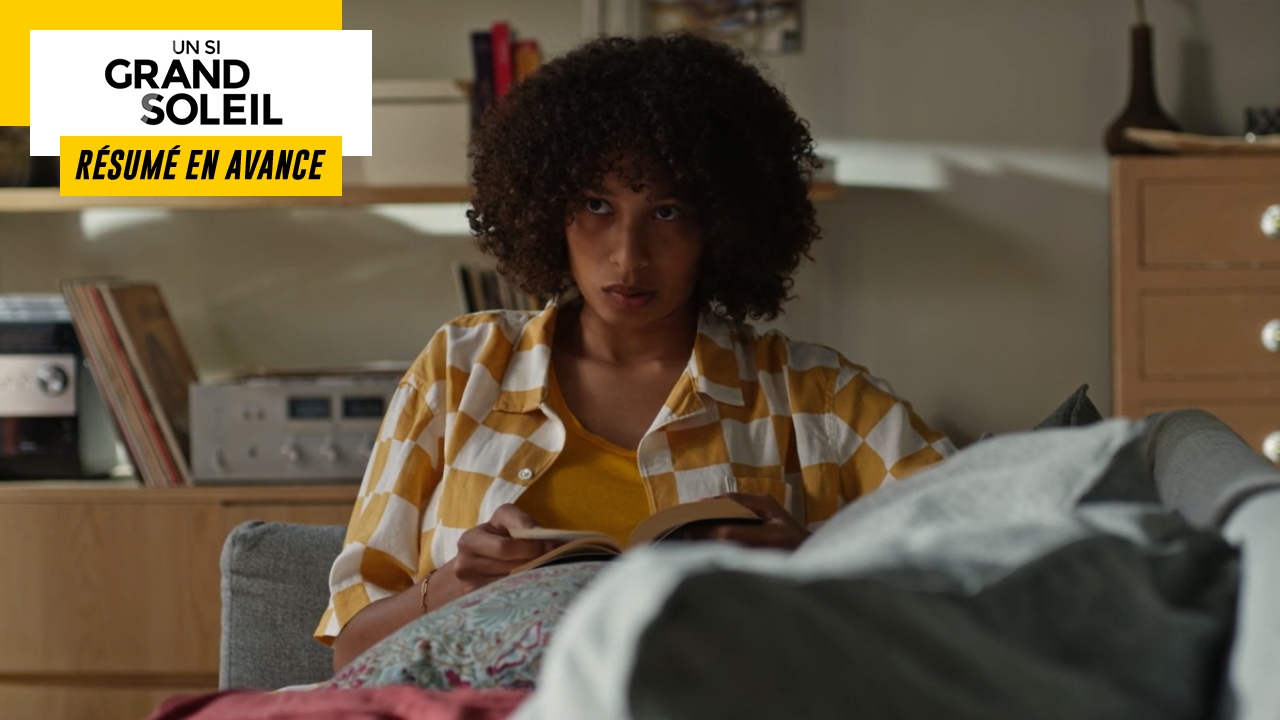 In the next episodes of “Un si grand soleil”… Elisabeth tries to hold on while Virgile and Alix both have very promising new projects. Meanwhile, Louis struggles to hide his discomfort.

Elisabeth is drowning in work

Myriam’s funeral takes place the next day and Alex is finalizing the preparations. Julie offers him her help, but the young man has almost already settled everything. He takes advantage of this moment to discuss with his companion what happened with Jade.

Alex indeed has the feeling that Julie is angry with him and he is not well. He’s sorry because he knows he slipped up, but he can’t help but think he had good reason to suspect Jade. Julie feels that Alex is so upset with his friend that he doesn’t realize he’s doing anything wrong. But what makes her the saddest in this whole story is that Alex does not open up to her.

For their part, the investigators are continuing their investigations into the death of Myriam. Yann is more and more convinced that it is about a personal revenge linked to Jacques Mourre’s accident. He remains convinced that a family member is seeking revenge.

He will therefore question Janet Lewis to find out more about the visits of the old man’s family. The doctor remembers having seen Louis very upset at his grandfather’s bedside the evening of Myriam’s death. He was so heated that he punched the wall.

Yann then leaves to question Claire at her home. Kira is present. Claire alludes to the anger Louis felt since his grandfather’s accident. Yann then questions Kira to find out if she noticed anything odd about her friend.

He then tries to find out his schedule on the evening of Myriam’s murder. The young woman assures him a bit uncomfortable that she was with Louis at the cinema on the fateful evening. But the teenager had told Claire that she had gone to the cinema alone.

At L Cosmétiques, Elisabeth drowns in work to try to hold on. She has a particularly busy day today. In particular, she must meet a new supplier, and take a look at the quotes to redo the company’s security system.

She also postponed all appointments from the next day to this afternoon to go to Myriam’s funeral. Alain is worried and sees that she is doing too much. He then encourages his companion to look for someone to replace Myriam, but for the moment, it is beyond his strength.

Louis, for his part, finds it increasingly difficult to hide his discomfort. In the car with his father, he bursts into tears. Marc, who does not understand his guilt, apologizes and promises him that he will soon be better. Louis admits to her that he blames himself for not having been nice to Myriam. Marc then tries to reassure him by telling him that the most important thing is that they made peace before his death.

Virgile and Alix have new projects

Virgile has converted to renting sailboats. With his shares in Senso, he bought the fleet of an entrepreneur who was retiring and he has just moved into one of the boats. Alix has spent the night with him and they are having breakfast at Les Sauvages. The young woman expresses her regrets to her friend. She thought that together they made a great team.

She finds it a pity that he did not want to associate with her in his project to open a gallery. She also tells him that she has found a place and has started the work. Alix hopes to open her gallery within two to three weeks, provided she manages to find works to exhibit.

A little later that day, Alix meets Ulysse Brunel, a painter she spotted on the internet. She was particularly seduced by one of his paintings. But she is very surprised by the young man’s new works, which she finds much less good.

She doesn’t know anyone who would want these horrors in their living room. Ulysses brings her the canvas she spotted and explains to her that he stopped painting this kind of picture because he couldn’t sell them. He therefore decided to stick more to the market even if it suits him less.

Alix assures him that he is on the wrong track, but the young painter replies that he has rent to pay. She then explains to him that she would like to exhibit her paintings in her future gallery, which she will open shortly. Odysseus feels that she is wasting his time and dismisses her.