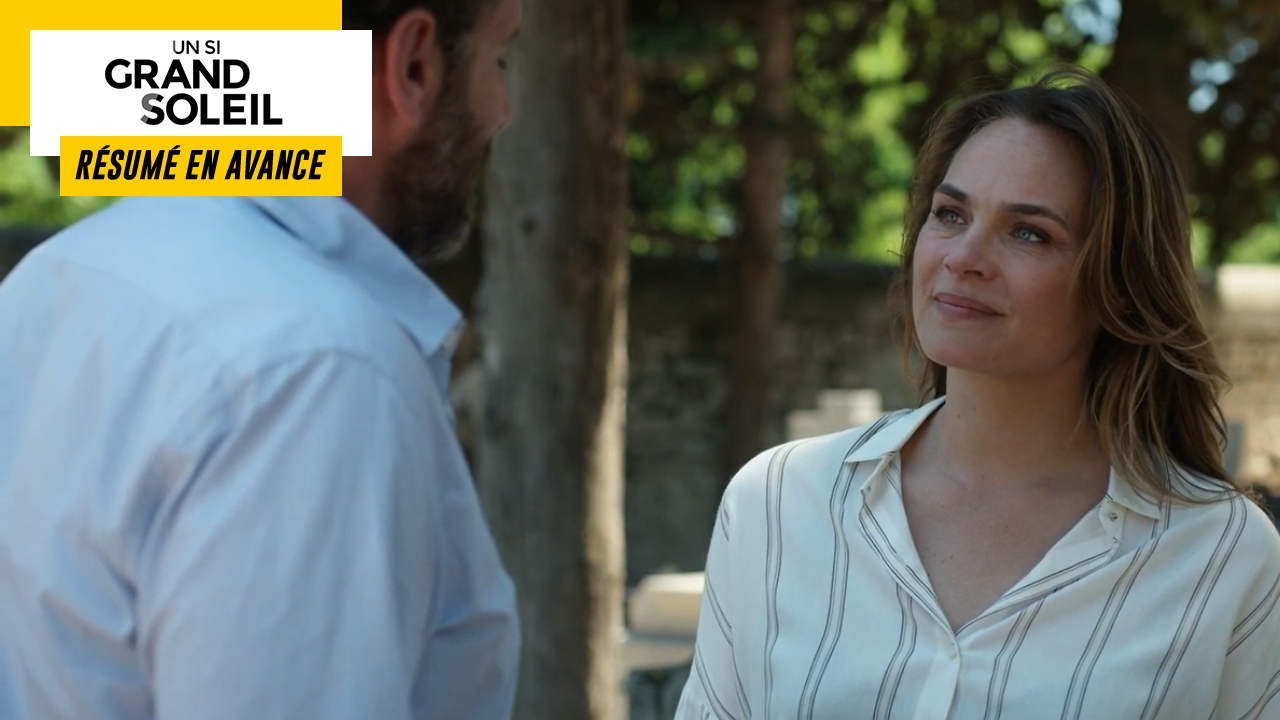 In the next episodes of “Un si grand soleil”…As a war between dealers is declared and threatens to do great damage, Alex prepares for an emotional funeral. Manu, he must speak again with an old acquaintance.

Two young lookouts for a drug ring are shot in the street in front of their friend. Franck, the killer, summons the young man to convey the message that a new boss has just arrived in the neighborhood and that they had better forget about Marvin Rosas.

The police and judge Alphand go to the scene. According to the first findings of the medical examiner, the two victims were shot at close range and each by 9mm bullets, the same caliber as the one that killed Teddy. It is very likely that the same weapon was used. The two victims were also in possession of a fairly large quantity of cash and narcotics packaged for sale.

A turf war between dealers is declared and the police must react very quickly before it causes other victims. Elise decides to contact the narcotics brigade to get more information. She learns that her colleagues knew the two victims. According to them, they worked for Marvin Rosas and the police believe that the killer wants to take his place.

Elise then seeks the help of Manu who obtains a visit with Marvin Rosas in order to ask him for help on the case. Steve’s brother claims to no longer deal in drug trafficking. The policeman then reminds him that they are on his old territory, and that he had better help them. Marvin ends up giving the name of a former lookout who might be able to help them. The latter agrees to come to the police station to make a composite portrait of the killer.

At the same time, Patrice, Teddy’s former boss, joins Franck to congratulate him on his work. Men from Rosas are joining them, there will be no reprisals and if necessary, they will do what they did this morning.

But Patrice’s state of health is deteriorating. He is in severe pain. Eva, his wife, advises him to take a break because she is afraid that the police will come back to them. But he dismisses this idea out of hand, and reassures her by telling her that the shop is the ideal hideout.

Eva recognizes that they have to show that they are the new bosses. Patrice believes that they are now the leaders, and announces to him that he must recover the drugs in Spain to launch their business.

Thanks to the composite portrait, the police go back to the killer. Franck, a former legionnaire, is known to their services for a fight and he is awaiting trial. Elise decides to follow him in order to identify his accomplices.

Although she is not supposed to talk to Christophe about her work, Cécile confides in her companion that she is affected by her new affair.

Myriam’s funeral is today. While Florent is getting ready, Claire makes sure that Kira has told the police everything during her interrogation. She indeed felt the nervous young woman. But Kira continues to maintain her version of the facts and certifies to Claire that Louis was fine with her the evening of Myriam’s death.

At the cemetery, Alex delivers a moving speech. He finds it hard to believe that Myriam is disappearing from his life, he will miss her terribly. Faced with the emotion of the family, friends and colleagues of the deceased, Louis does not feel well and leaves the ceremony. Away, Kira tells her that a policeman has come to her house to ask her questions.

Claire and Marc meet at the cemetery. Despite the circumstances, Marc is happy to finally meet her. Claire feels like she already knows her friend’s boyfriend, so much Myriam had told her about him. A feeling shared by Marc. Together, they remember the good memories, in particular the funny meeting between the two friends.

Back at the police station, Yann shares his suspicions with Manu. Janet Lewis has indeed told the police officer to have seen Louis very on edge the evening of the murder of Myriam. He therefore suspects the teenager of being involved in the death of the young woman and of having camouflaged the murder as a burglary that went wrong. Manu finds it hard to believe that a kid can do such a thing.

That’s when Aya, a police colleague, informs Manu and Yann that some of the creams stolen from L Cosmétiques have reappeared on an online sales site. Yann thinks that only an amateur could have made such a mistake, which reinforces his suspicions towards Louis. To go back to the dealer, the police decide to pretend to be buyers.

During dinner, Claire shares her doubts with Florent concerning Kira. She wonders if the young girl is not protecting Louis. But Florent dismisses the idea that Kira was able to hide things from him, especially since she knows that Claire loved Myriam like a sister. Claire tells him then that the young girl is in love with Louis.

Meanwhile, Kira calls Louis and urges him to tell the truth. But he refuses, because he would risk prison. Leonor eavesdropped on the conversation without her son knowing.