Stranger Things 4: Eddie in tears, why Joseph Quinn is moved by fans in this… 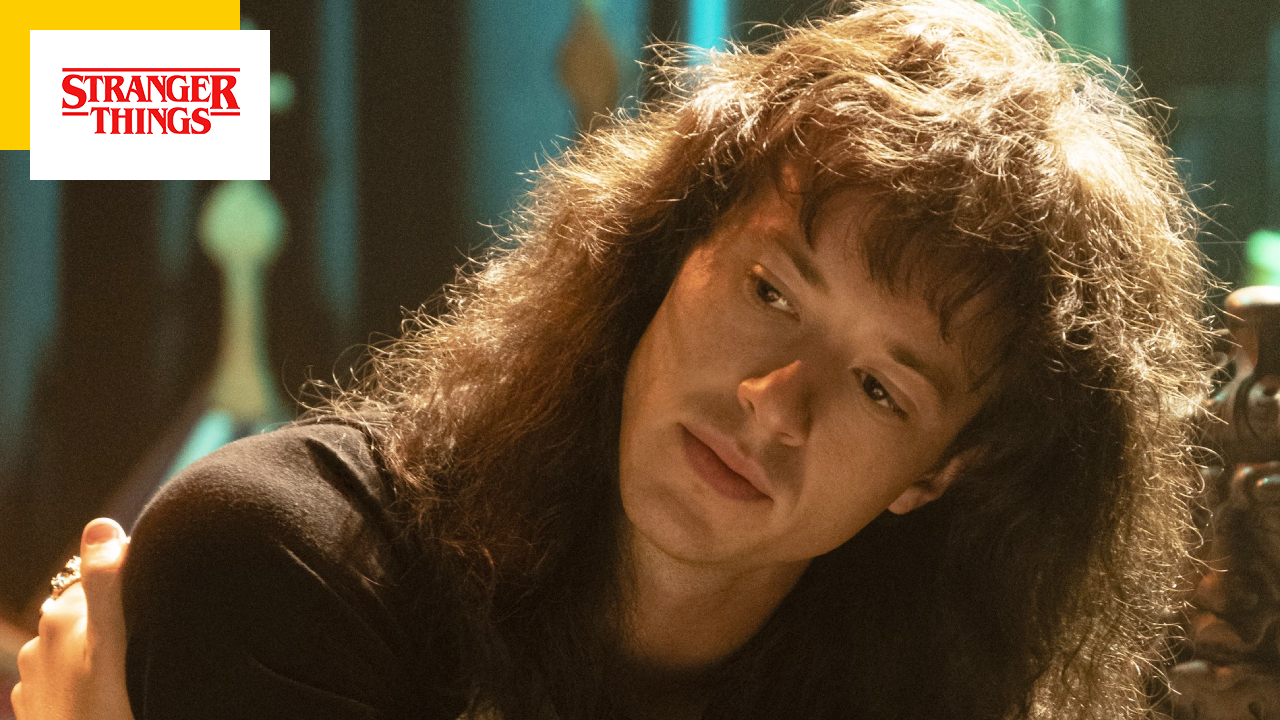 A viral video of Joseph Quinn (Eddie in Stranger Things) shows the actor crying after a fan statement during London Film & Comic Con. Here’s why.

He quickly won the hearts of fans of Stranger Things and he became one of the favorite characters from season 4 of the Netflix series. His name is Eddie Munson and he’s the head metaller of the Hellfire Club. Targeted by the community of Hawkins after the death of cheerleader Chrissy, of which he is accused, Eddie will be protected by Dustin and his friends.

The young man will then take part in the gang’s plan to fight Vecna ​​(Jamie Campbell Bower), the big villain of this season, especially in an already cult scene where he plays the guitar on Metallica’s “Master of Puppets” in the Upside Down. Obviously, this endearing character would be nothing without the talent of his interpreter joseph quinnwhich gained popularity thanks to Stranger Things.

No wonder the actor is touring conventions this summer to meet his fans. And for the past few days, a video of the actor crying at London Film & Comic-Con has gone viral. Impossible to miss it on social networks, especially Twitter and TikTok.

Why is Joseph Quinn crying in this viral video?

And if Joseph Quinn cried, it was because he was moved by a speech from a fan who sang Eddie’s praises. But not only. The young woman also wanted to thank the actor for the time he took with the fans for autographs, photos or even discussions, when he was allegedly treated badly by the organizing company ShowMasters:

“I don’t really have a question, I really wanted to show my gratitude. I’m sure many of us heard what happened yesterday – whether it was true or not – about how you were treated I won’t comment on that but just wanted to say thank you from all of us, we really appreciate you taking your time for us.

Thanks for signing our stuff. Thank you for spending time with us and making our summer beautiful. I think we’re all really connected with Eddie, for one reason or another – whether we like his taste in music or he’s an outsider like you mentioned. I think we all have a part of Eddie in us.”

Joseph Quinn struggled to hold back his tears after these kind words and warmly thanked the young woman and the audience who applauded him. You should know that several fans who went to this event said that the staff had manhandled the actor because he took too much time with them for photos, hugs and autographs and he even yelled at him.

Translation: “The organization was a disaster and the staff were rude as can be. But Joseph Quinn was so genuine and friendly and gave me a hug even though the staff was yelling at him to hurry up.”

The person who posted the video on TikTok clarified that the organizing company ShowMasters would have overbooked Joseph Quinn with more than 400 tickets sold for a meeting with the actor, who despite the fatigue, did everything to satisfy the fans.

From fans to cast members, everyone adored Eddie and his interpreter Joseph Quinn. Even Vecna! The big villain of season 4 of Stranger Things is however responsible for SPOILER WARNING Eddie’s death.

Season 4 of Stranger Things is available on Netflix.