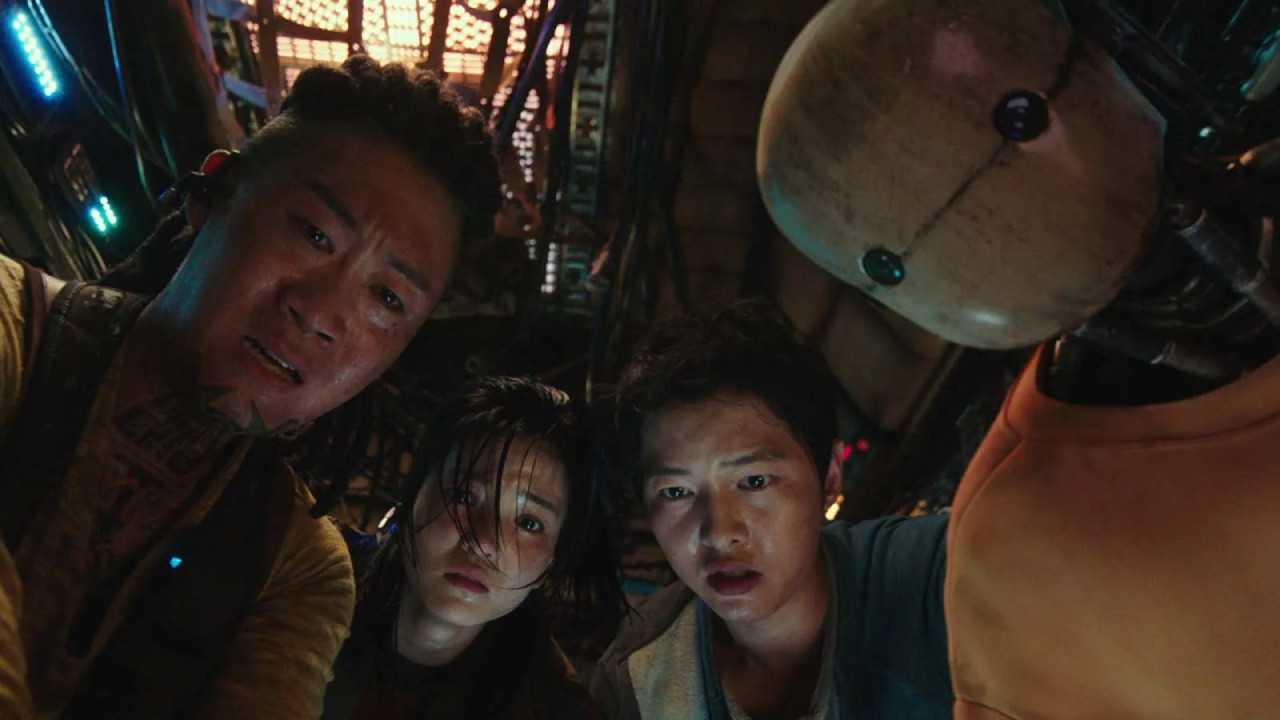 The Wandering Earth: A group of astronauts must find a new planet for humanity, with the sun dying.

Why watch this movie: The catalog is full of post-apocalyptic films and series, in which the Earth is threatened or devastated. We can cite as such The Wandering Earth, Chinese production, released two years ago on Netflix and adapted from the novel. Wandering Earth by Cixin Liu. It is one of the few Chinese films to venture into the sci-fi genre, which may be why it has found huge success in local theaters (Netflix later bought the rights international distribution). Like Space Sweepers, The Wandering Earth follows a motley group on a suicide mission to save the planet and imagines a society where only the rich stand a chance of being spared.

Midnight in the universe: Augustine, a lone arctic-based scientist, does everything possible to prevent astronaut Sully and his crew from returning to Earth. Because he knows that a mysterious planetary catastrophe is imminent …

Why this movie : In Space Sweepers, Earth is threatened with total extinction by Sullivan (Richard Armitage) and the members of the Victory try to stop him. In Midnight in the Universe, a more intimate SF movie released last December, the story is slightly different. Don’t expect a big show movie, but something more contemplative: most of the action takes place elsewhere on Earth, in vast expanses of snow. George Clooney plays there a sick scientist determined to end his days on our beautiful planet. He embarks on a journey to reach an antenna in order to be able to communicate with a shuttle returning to Earth.

For the whole family

Lost in space: The Robinson family were selected for the opportunity to rebuild their lives in a better world. But when settlers face challenges accessing their new home, they will have to forge new alliances and work together to survive in this alien and hostile environment that is light years away from their original destination.

Why this movie: Space Sweepers is sci-fi entertainment, but it’s also a mainstream movie that can be watched with the family. The violence is measured, there is no bloodshed and the adorable Kot-nim makes people smile by his candor. If you’re looking for a similar production, the Netflix series Lost in Space might be for you. This reboot launched in 2018 follows the Robinson family as they prepare to join the new starbase. But before they reach their destination, they will land on different planets. And this is where Will Robinson will befriend a mysterious robot (less talkative than that of Space Sweepers!). The series was acclaimed by critics and viewers alike, who praised the quality of its special effects.

Jupiter – the fate of the universe: Born under a starry sky, Jupiter Jones is promised an extraordinary destiny. When Caine, a former genetically modified military hunter, lands on Earth to find his trail that Jupiter begins to glimpse the fate that has always awaited her: thanks to her genetic imprint, she must benefit from an extraordinary legacy that could well upset the world. balance of the cosmos …

Why this movie: If Space Sweepers does not reinvent anything with its plot, the film stands out with its quirky and colorful universe, and its endearing heroes (which immediately make one think of the Guardians of the Galaxy on the Marvel side). But it also offers its share of action and space battles that can also be found in Jupiter the fate of the universe. The Wachowski sisters have developed a fantastic world there where humans rub shoulders with hybrid creatures. Contrary to their habits, the two directors even slipped into their space opera many comic elements. The special effects are of high quality, thanks in particular to the work of John Gaeta (Oscar winner on The Matrix).