Sony Confirms That a New PSVR is In Development 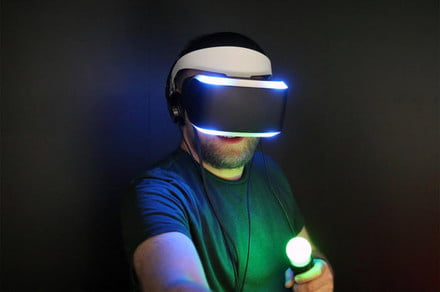 Sony is creating a new VR headset built for the PlayStation 5. The company shared details on the new device, which will integrate some of the DualSense’s features into its new controllers.

The announcement comes from a blog post confirming that the device is in development. While Sony didn’t share any images or specs on the device, Senior Vice President Hideaki Nishino says that work on the device is already well underway.

“Today I’m pleased to share that our next-generation VR system will be coming to PlayStation 5,” says Nishino, “enabling the ultimate entertainment experience with dramatic leaps in performance and interactivity.”

Sony says that it’s working to create new features that improve on the original PSVR’s design. Resolution and tracking are a main focus of Sony’s new device improvements. Most notably, Sony says the upcoming headset will connect to the PS5 via one cable, which is great news for current PSVR owners who are used to the tangled mess of cables needed to run it.

The console’s new controllers will utilize some of the DualSense’s features, though Sony didn’t confirm whether or not that means haptic feedback is coming. “One of the innovations we’re excited about is our new VR controller, which will incorporate some of the key features found in the DualSense wireless controller, along with a focus on great ergonomics,” says Nishino.

Sony says that the headset is still early in development and will not be launching in 2021. In the meantime, Sony’s current PSVR headset is compatible with the PS5.

Soundcore Liberty 4 review: These earbuds have it all