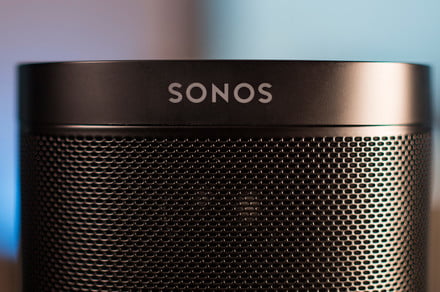 During the company’s 2021 Q1 earnings call with analysts, Sonos CEO, Patrick Spence revealed that the brand’s fans won’t have to wait much longer to see its next product.

“We are excited to introduce our newest product next month,” Spence said after touting the company’s impressive 15-year stretch of sustained revenue growth. “Stay tuned for details.”

Spence didn’t drop any hints as to what kind of product we can expect to see, but the most likely candidate at the moment is a smaller version of the Sonos Move, a portable rechargeable speaker that can work with other Sonos products over Wi-Fi, or on its own using Bluetooth.

A recently released set of documents from the FCC points to the possible existence of a Move Mini, which will have a more compact, cylindrical shape than the Move. The Move is an excellent wireless speaker, but its big size, big weight, and big price — $399 — keeps it from being a no-brainer recommendation for Sonos fans.

Another possibility for the Sonos March product reveal is the company’s first set of wireless headphones. In 2020, the U.S. Patent Office published documents that show Sonos is at least contemplating the creation of a headphone product. Now that Apple has released its $549 AirPods Max, an expensive set of premium over-ear noise-canceling headphones that have been receiving generally very favorable reviews, Sonos might see this as the perfect environment into which it can release a competitive product at a similar price.

Whether March’s announcement is a Move Mini, a set of wireless headphones, or something else, Spence has promised that the company is going to stick to an aggressive product release schedule. “We remain committed to launching at least two new products per year and are well on track as we look at our fiscal 2021 product roadmap.”