Should This Kid Take A DNA Test To Appease His Father?

Parenting is a rough gig, and that’s before you take into consideration how your relationship – good, bad, or ugly – with your spouse comes into the mix.

This OP’s mother cheated on his father years ago, causing the father to wonder whether any or all of their three children were actually his…and things just went downhill from there.

My dad found out my mom was cheating and she won’t say with who or when but we know it’s likely around the time she was on a stay at home mother.

Thing is she had all of us (2 brothers one sister) around the same time so any one of us could not be my father’s.

His parents are getting a divorce, and his father wants the three siblings to take DNA tests to prove they’re his children before he continues to pay for their college educations or, you know, has anything at all to do with them.

So far, only their eldest sibling, who is already halfway through college, has complied (and she is his daughter).

He’s divorcing my mother and wants us to take a DNA test to prove we’re his children otherwise he isn’t paying for college for us. He promised to do so before this and all of us have been counting on it.

My sister (oldest) did the test because she was confident she was related to our dad. She was likely pre-cheating and she looks the most like him so I was pretty she was. She’s also in college and is relying on our dad and he’s going to keep paying because of the results of the paternity test came back positive.

OP doesn’t want to take the test for several reasons, even though he’s already chosen a college and is supposed to start classes in less than a year.

His father has informed him that if the DNA test comes back negative, not only will he not pay for school but he also will refuse to have anything to do with him going forward.

I have a feeling I’m not my dad’s biological kid since I don’t look anything like him and people even have commented I don’t look like the rest of my family.

I’m terrified because I think he’s upset enough that he won’t talk to me anymore and definitely won’t be paying for my college. I don’t want to take the paternity test because I don’t want to know but if I don’t I probably won’t get college paid for. The money isn’t in a college fund but set aside as investments my dad has and isn’t going to going to my mom in the divorce proceedings probably.

I don’t know how things will go and I’m starting college in September. I stupidly picked a pretty expensive school because I thought my dad would pay for it and he said it was ok but now even if my mom was willing to I don’t think she can afford it.

OP is angry with both of his parents, and hurt that his father has informed him that if he doesn’t do the test he will be acting as if they’re not related going forward as well.

I’m so mad at her and my dad for putting me in this position.

I’ve told him I’m not doing the test and he said that’s ok but he will assume I’m not his and not have anything else to do with me once since I’m 18 already.

I’m living with my mom but not talking to her because of this.

An edit says OP is going to face his fears and take the test, because there doesn’t seem to be any benefit to not doing it since his father has doubled down.

Edit: after reading some of the comments I’ve decided to do the test.

I didn’t want to out of fear but now it’s clear it doesn’t really matter and it’s better I know for sure.

What does Reddit think about these so-called adults’ actions toward a child? Read on to find out!

The top comment says OP is the furthest thing from the a$$hole and his parents are the worst. Hard to argue. 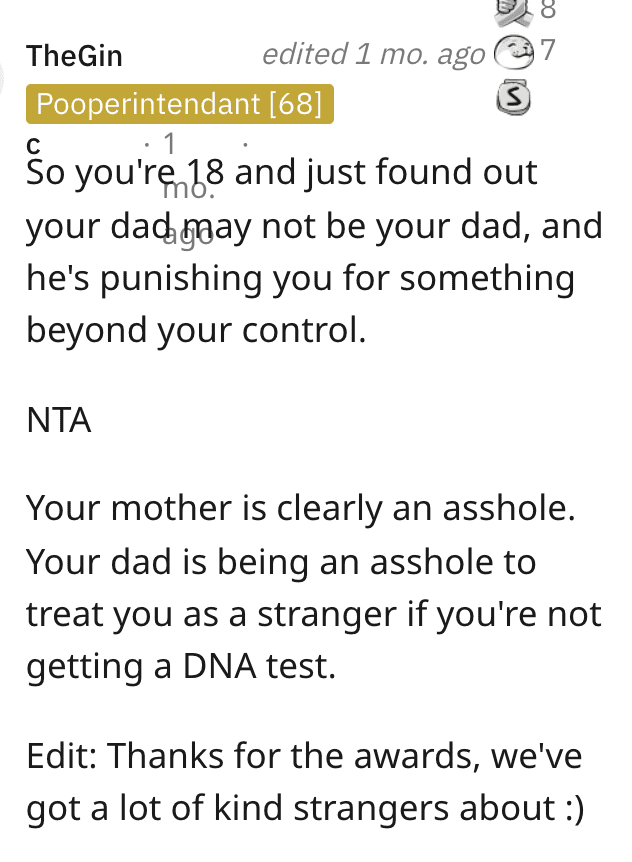 All in all, this entire thing is horrible for OP and his siblings, but their parents are making it all about them. 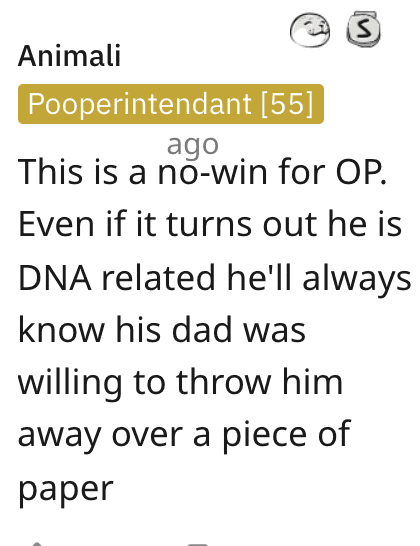 It must be rough to realize your father never really loved you. 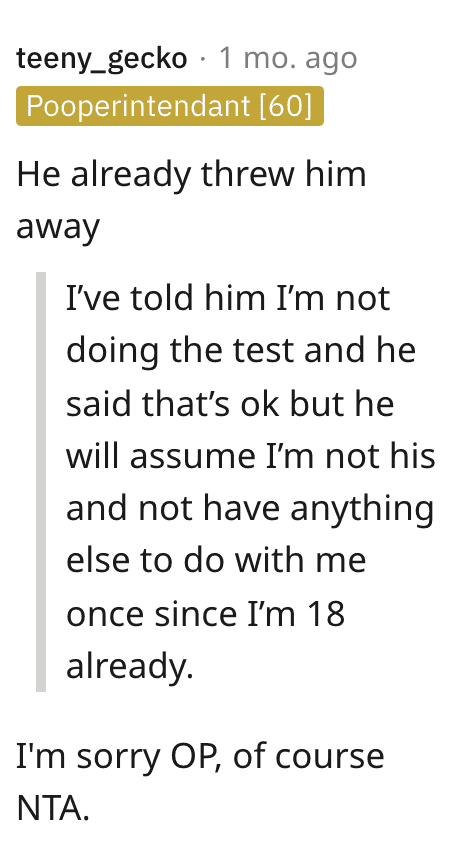 Everyone is hoping the dad will come around after he deals with the worst of his own emotional trauma, but that remains to be seen. 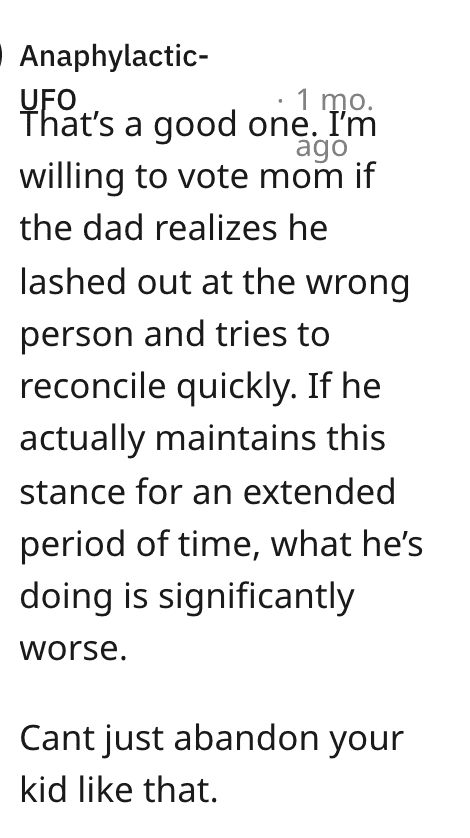 Some people even think Dad is worse than Mom here. 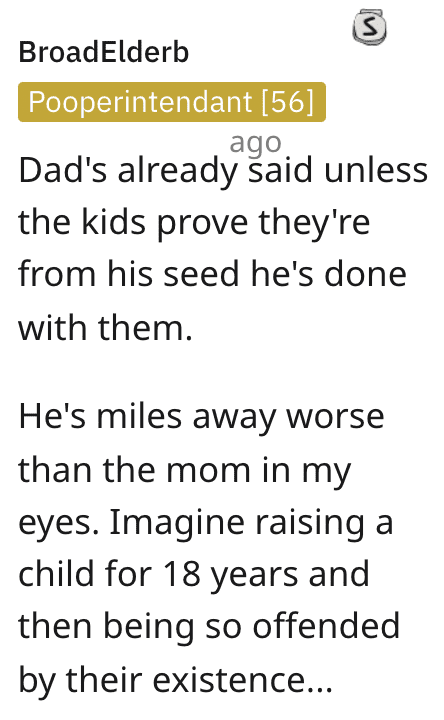 What do you think? Who wins the biggest a$$hole competition?

Let’s see how things fall out in the comments!