Should A Parent Be Able To Control Who Attends Their Child’s Creative Performances?

As parents, we want to protect our kids from the harshness of the world for as long as we can. That can be harder to accomplish, though, when the people they interact with on a regular basis are the ones bringing reality for a visit.

This mother wants to ban her mother-in-law from attending her daughter’s creative performances because instead of being supportive, she always has something critical to say afterward.

So, My husband and I have a 13 year/old daughter. She plays piano and has participated in several plays in and outside of school. Now here’s the thing, my husband invites his mom to every performance our daughter has.

Not saying he shouldn’t – BUT many times she’d put my daughter down and point out where she “messed up” and what she needed to work on (Hello? she’s not even an expert in this).

This happens every time!

Her daughter has picked up on the rude comments and is beginning to feel insecure, but her husband thinks his mother has the right to be there as “support.”

He continues to invite her despite OP’s protests.

My daughter has picked up on these negative comments and her self esteem kept getting low and by extension, her performance kept getting low as well. I told my husband his mom needs to either stop putting our daughter down or stop coming to her plays. he said his mom is the grandmother and should be included in these events as “support”.

Our daughter had a performance this past wednesday, I told my husband that his mom can sit this one out BUT he said it was too late because he sent her a link of the date and location of the event. I sighed and said nothing.

Recently she attended a performance and said something to their daughter afterward that left her in tears.

His mom arrived like – 20 minutes later, sat next to him and kept pulling him close while whispering in his ear. I just rolled my eyes, hard.

Once the play was over and after we got a chance to see our daughter who looked nervous and shaking – mother in law looked at her and said “let me just say that today’s performance was disappointing”.

My daughter was in shock and I was floored completely.

My daughter started crying then rushed away.

When confronted, she acted as if it was no big deal, and OP’s husband seems to agree.

Mother in law then casually said “oh I have to go now , I have an appointment with the salon for Chloe’s (her other granddaughter) birthday party”.

I was fuming I told her what she said to my daughter was not okay and that she made her upset. She said something along the line of “just telling it how it is” then left.

OP asked again that he stop inviting his mother to events if she can’t truly be supportive, but he thinks she’s overreacting.

We went home and I lost it on my husband telling him his mom just keeps putting our daughter down and it’s not right!!! he said I’m being over dramatic and what his mom’s doing is just constructive criticism. I told him from now on he needs to stop inviting her to our daughter’s performances.

He said I was being ridiculous and that I shouldn’t expect his mom to be excluded from her granddaughter’s life like that. we had a big argument and now my daughter isn’t even interested in playing anymore, my husband said I was way out of line and shouldn’t use our daughter in my fight with his mom.

He also called me controlling and vicious.

Who’s right? You know Reddit is ready and willing to weigh in! 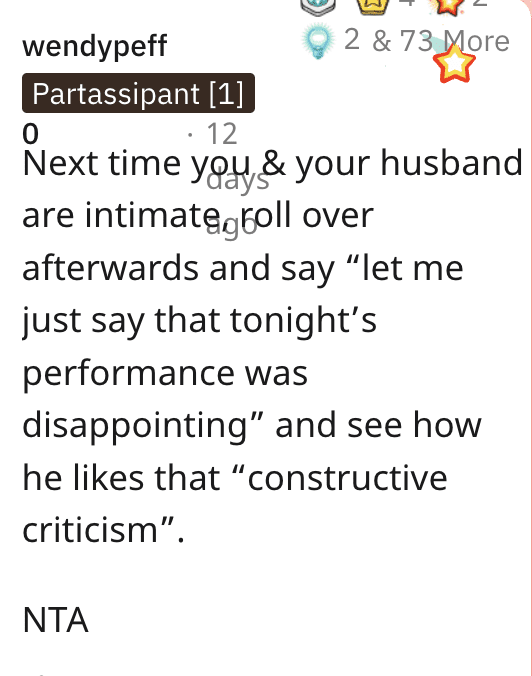 It takes a special kind of jerk to put down a kid. 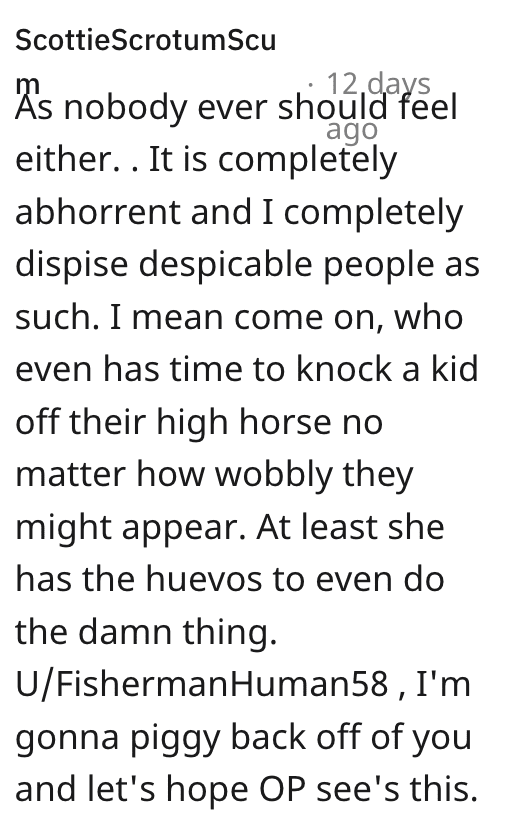 Everyone thinks OP needs to have a heart-to-heart with her husband, especially. 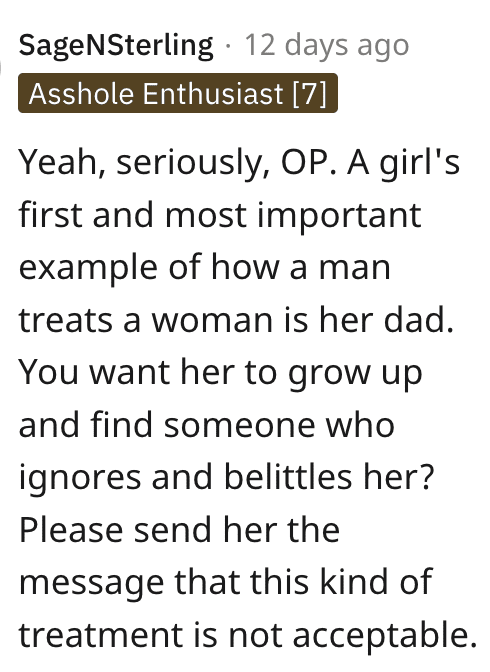 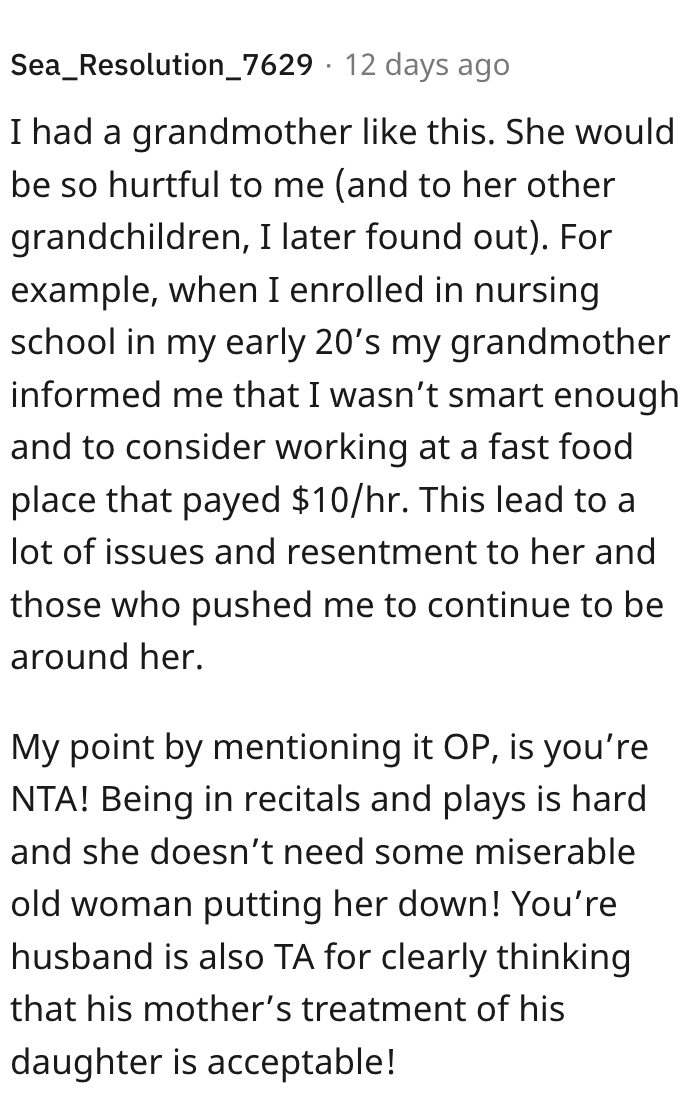 And this person posed the perfect question. 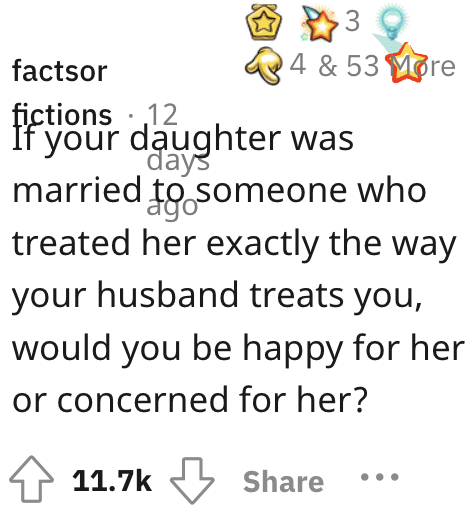 I am so on the mom’s side here – who treats a child this way?

How would you handle it if you were this girl’s mother? Let’s talk about it in the comments!

Read Also:   Girls Who Gave “The Nice Guy” a Chance Talk About What Happened