She Refuses to Help Out Her Ex With Son. Is She Wrong?

You’re on your own!

It’s never good to hear that, but sometimes you gotta lay down the law and put people in their place.

Check out this story from Reddit’s “Am I the A**hole?” page and see if you think this woman acted like a jerk toward her ex.

“Ex and I have been divorced for 8 years. His son is 8. Ex and I share two children together. Our son is 16 and our daughter is 14.

Ex cheated and got the OW pregnant while we were together. When I found out I ended our marriage. He fought for our marriage until he realized nothing was going to change and then he entered a real relationship with OW. I always kept things distant between us.

I didn’t meet or interact with his son or the OW until 3 years after the divorce. And even then it was at a play for our son and we hardly interacted. A year later the OW died. Ex has been single since and raising his son. On more than one occasion he has asked me for help and I have always said no.

He wanted me to be a maternal figure for his son and to take him sometimes while our kids were with me. He even tried to get my family to include his son as part of our family overall. Then a couple of months ago ex was in an accident and his son was placed in temporary foster care while he was recovering. He had asked me to take his son and I said no.

He got back on his feet only recently and his son is back with him. He has now turned on me and tried to turn our kids on me. They told me he’s always annoying them about it when they’re with him for his parenting time.

Ex has been telling everyone and anyone that I am treating his son like trash, letting him go into foster care, etc. A couple of my friends are aware and think my stance was too harsh and that I am in the wrong for not helping since he is my children’s little brother.

This reader said that this isn’t her responsibility. 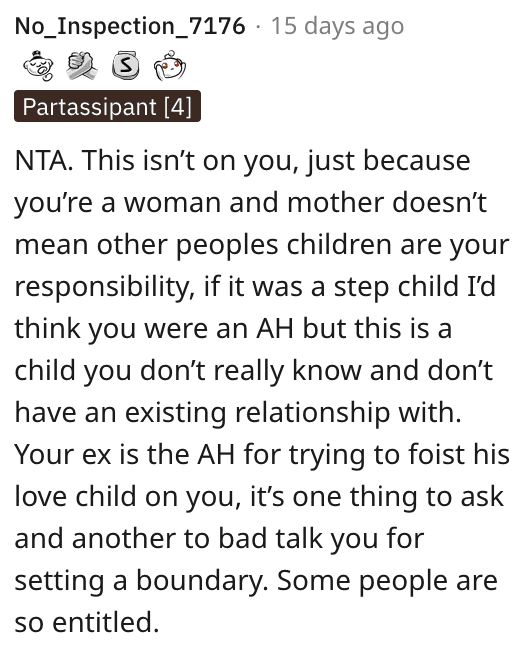 And this Redditor said they don’t know what this guy must be thinking. 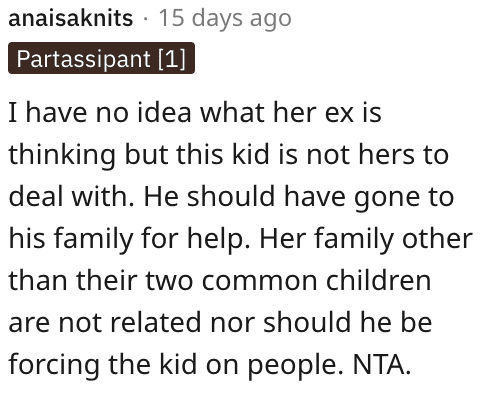 And this person said what this guy is asking for is completely inappropriate. 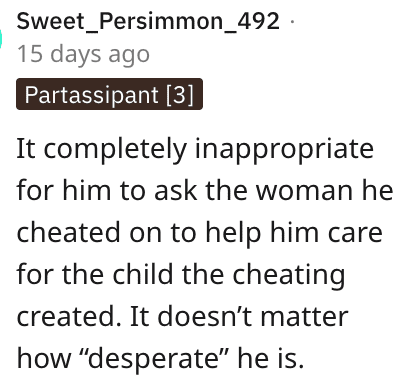