She Called a Man Ignorant Because of His Comment About Her Infertility. Was She Wrong?

Some people really need to learn how to keep their mouths shut, you know what I’m saying?

Especially about something as important and as tragic as a woman’s infertility…but here we are.

Take a look at the story a woman shared and let us know if you think she was wrong for how she reacted.

Through no fault of my own because I found out that my ex husband was fooling around on me because he gave me STD – by the time the symptoms were bad enough that I saw a doctor, I became infertile for life. I’m not mad, matter of fact that’s the price I had to pay to get away from his awfulness.

I’m now with an incredibly kind hearted man. We’ve been dating for 8 months and he took me to meet his family for the first time last week.

I met his family, they’re nice and welcoming. however his older brother seemed a bit “intrusive” he kept asking me questions about my infertility til my cats were brought up. My boyfriend told him that I own 3 cats in my house. His brother looked at me and said “no wonder you’re infertile!

It’s known that cats mess up women’s ability to get pregnant” I was in shock because of what he said. and honestly? felt so offended on my cats’ behalf. I had an obvious upset look on my face, his brother then noticed and said he was just sharing a fact and I shouldn’t take offense. I replied saying that he wasn’t sharing facts but being an ignorant because for one, my cats had nothing to do with my inability to get pregnant but my unfaithful ex husband did. and two, my cats were the ones that supported me when my own husband was being horrible.

It got quiet and my boyfriend’s brother stared at me. Sod did my boyfriend and his mom. Dinner went the most awkward way possible and on the way back to the hotel my boyfriend said I flew off the handle and insulted his brother by calling him “ignorant” out loud and at dinner table.

I argued that he was the one who was bringing up sensitive topics but he said that I overreacted and left a bad first impression to his family. I decided to stay quiet but he kept on saying I messed up with my reaction.”

One reader said she’s NTA…but her entire boyfriend’s family is. 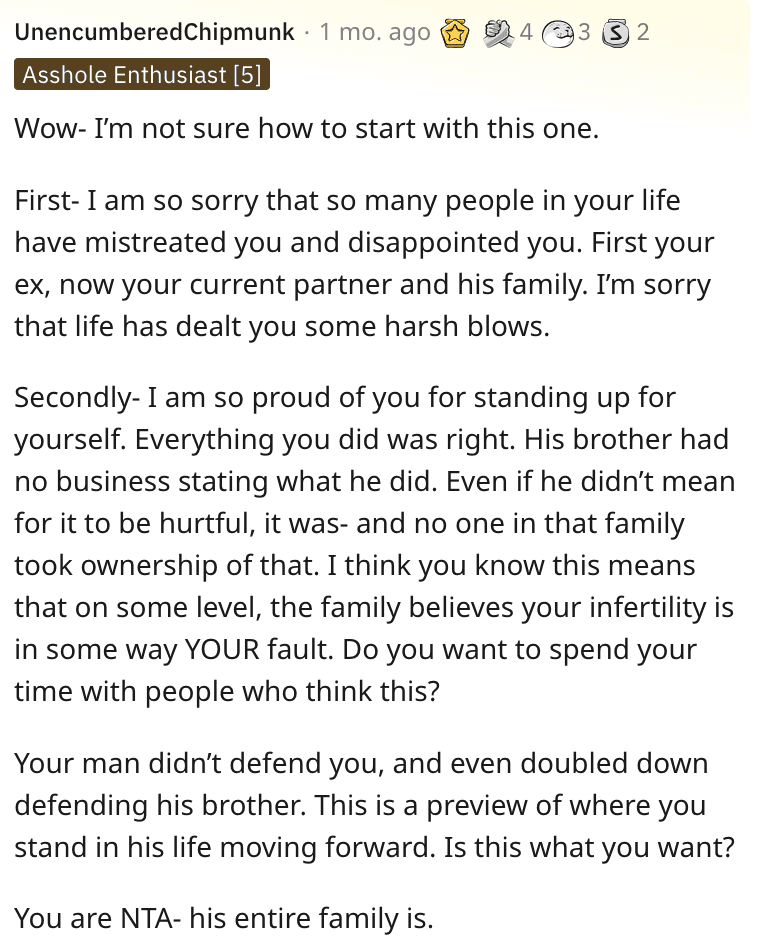 And this Reddit user agreed and said that these are NOT nice people. 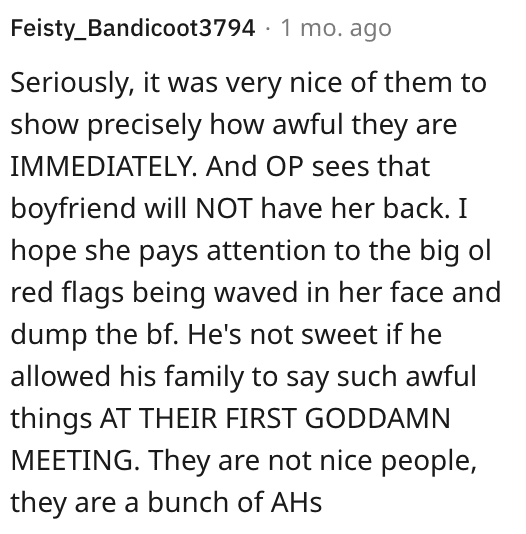 And this reader brought up a good question… 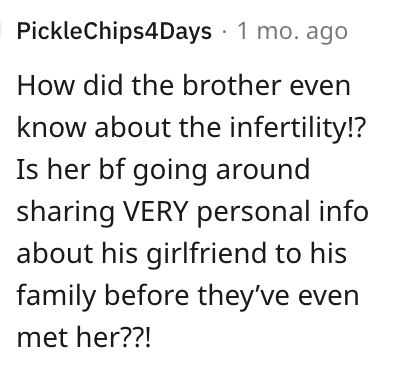