On my first visit to Berlin, a man spat at my feet. His eyes were the eyes of a soldier at war. Precise, alert and suspicious. And he had just spotted a body he considered the enemy. This body was strange, stout and black. We were seated opposite each other on a train heading to Alexanderplatz. Moments ago, I had just described Berlin to my mother as the embrace of a loved one. Warm, soft and safe. As I lifted my phone from my ears, the spitter looked me in the face, coughed up the whitish foam he splashed on my feet. The act of spitting at my feet was not a ritual of purification and / or fortification made to welcome my feet into new and uncharted terrain. It was disgust, anger, and a sort of aggression that made me shiver. He was sending a clear message. One that was unmistakably meat to say; you are not welcome here. His message had three clear intentions; to warn me, put me in my place and remind me that I was not in my place. He needed me to know that. It resonated. I didn’t even say a word. I took the message, got off the train one stop before my planned exit location. There I waited for the next train in the bent position. With a sigh and a paper towel, I wiped my feet again.

As the owner of a body that many watch, as the subject of something, I was not surprised. I knew how to be on my guard and expect a protest. An intrusive curiosity, a domineering gaze, a sigh of disgust, improprieties, etc. It didn’t occur to me that I was going to add racial assault to the list. He had drawn a line in the sand. A line to immediately alert me that I was not home or safe. I understood his message. I also understood that in order to be able to give Berlin and myself another chance to make a fresh start, I had to look at the city with fresh eyes. I discovered that, like most cities in the north of the planet, Berlin is as thin as the neck of a giraffe. It is a place that only diversifies in the eyes of bodies in transit. It is a city that hides in the shadow of its many faces. 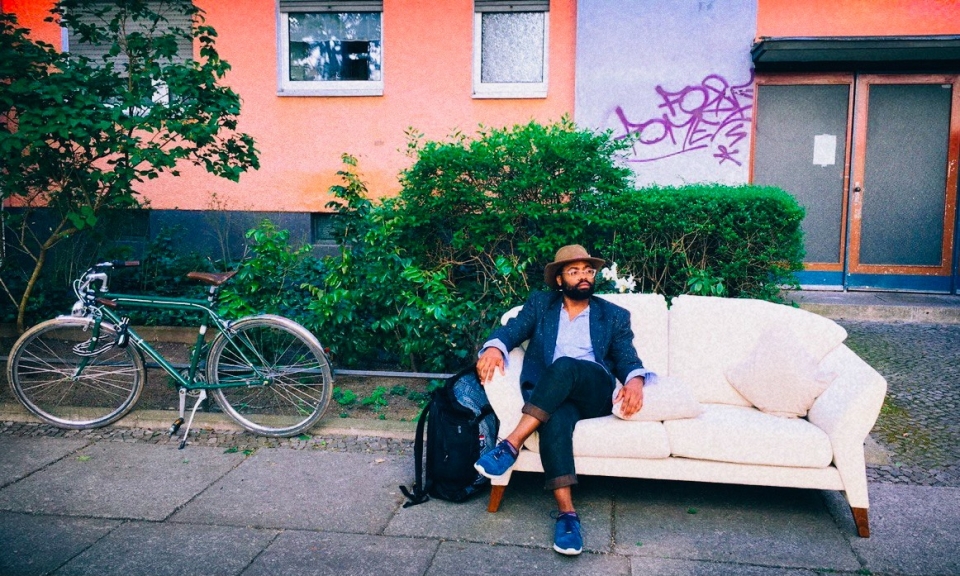 Berlin is a distant expenditure of unfiltered desires unified by one connected earth to which many declare allegiance – blindly. This loyalty begins with the phrase “Ich bin Berliner” – spoken almost immediately upon arrival in the city. It is an oath of allegiance. A demand pronounced at the gates to whoever wants to listen, to ensure entry, to captivate, to belong. It is as if the desire of whoever speaks them to utter these three words cannot come soon enough after years of dreaming and longing. Their love for the place begins to linger as a new ensemble cast eventually finds its place, as their bodies begin to breathe new air on stage as they usurp the lives of the characters they’ve got. been hired.

Berlin reminds me of a farm. When I look at her, I see the city as a cornfield of bodies smuggling red, yellow, green and ultraviolet lights, narrow streets, long steel bridges, and sharp-edged buildings. And I am one corn plant that suffers, hopes and shivers. Lanky, green and yellow, boasting with the winds, waiting to be picked and harvested. In my mind, Berlin is a mosaic of hidden paths that blend into each other, with bustling streets dancing shadows in vanity as they weave their way into the hearts of visitors. Desires here have limbs, eyeballs, and mouths – they roam, mingle, and mate. Desire is also a boy who tried to throw his body off a ledge in broad daylight. He was 25 years old. Student. And broke. We kissed, we cried, then he disappeared down the corner of a hallway down the hall from my room in Wedding. Here, people arrive to disappear in the air. In this area, people are like corn hair. Delicate, curious and uniform in all black. They spring through the brown earth, exposed to some of the same elements, like the many pressures to comply, the high cost of living, the ever-fluctuating rent prices, the scarcity of affordable housing, the ongoing and unresolved problems of racism and violence, etc.

Despite the charms of the city, it is a site where aspirations coincide with nightmarish realities and a history of violence and oppression, commemorated in statues, cemeteries, monuments, etc. Those who are not, made openly visible have been erased from history books, psyches, memories as if they had never transpired. Berlin’s role in the looting and raping of Africa is one of those stories the city wants you to know nothing about. It is a place where freedom and diversity are buzzwords, however, the racial discourse is the baby that is thrown out with the bathwater. 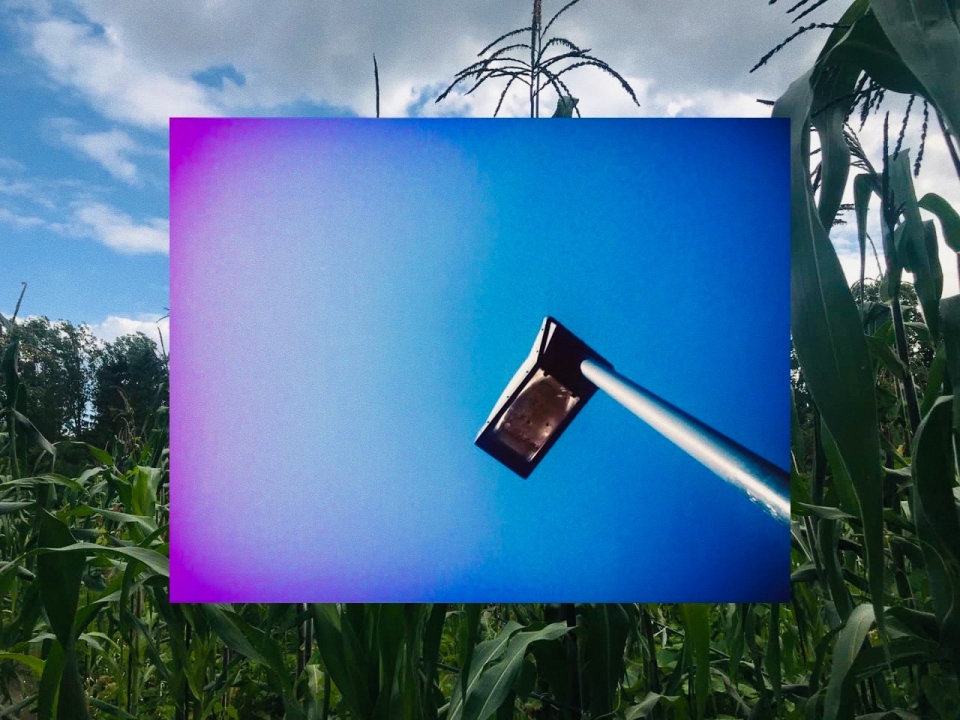 Here the plants begin to be colonized and belonging to the whims of a hegemonic structure. Each surviving plant takes on its own unique color and shape. Golds, greens, browns and yellows. Some appear half-grown, barely hanging on, while others take the form of towering statues, druids trapped in rustic temples, concave rock facing inward as they run to their particular zenith. Big or small, they all stand in a straight line. In formation, swaying as if waiting to receive their marching orders. Like today is their last – then they want it to count. They whisper. And sing and shout. Over time, they have developed a language of their own – a way of communicating.

Afternoons in Berlin are like a silent storm before the last rains of the spring months subside – it’s the green grass mats that cover and prevent erosion. They are like the love of a parent in doubt. Ambivalent and progressive. Their mouths choke for fear of what the endless summer nights have in store for them. Some choking, however, is a kind of preparation for the arrival of night. He rests after a long night of harmonization. Lips that travel in search of a place to rest on the faces of friends, partners and strangers. Their eyes are the distant places where we get lost. They swallow. They bring us back. Once again. And even. These are the corn fields that disappear after a locust attack. And when they bloom, they are golden. They overlap. They crown themselves with yellow and stardust at the top to indicate that they are ripe and ready for harvest.

Read Also:   Tattoo Scarring: Is It Normal and How to Fix (Everything You Need to Know)

I am here fully – now. Without a doubt. Body, mind and soul. I’m not wondering about the city. I’m also not into lust or looking for what’s greener on the other side. The other side is here with me. The other side is who I am. That is, knowing what I have come here to do. That is, knowing that I have to work twice as hard for the things I want. It is knowing that there is still a lot of work to be done to fight racism and police brutality in Berlin. I am at peace most of the time, but there is always looming danger in the air. So I keep my body alert. 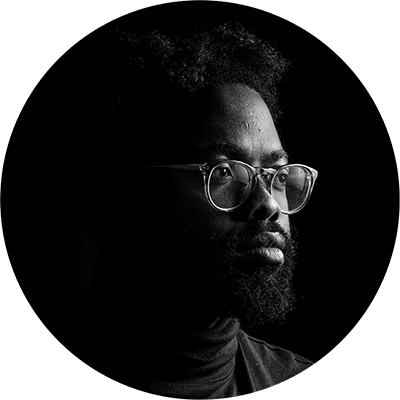 hn. lyonga is a Berlin-based poet, creative writer and activist. Currently, he is a master’s student in American Studies at the Humboldt-Universität Zu Berlin. He graduated with a BA in American Culture and Sociology from the University of Kassel. He is a founding member of the Black Student Union in Humboldt and member of the Kuratorium of BARAZANI.berlin – Forum Kolonialismus und Widerstand.

through Guest author
September 30, 2021
in Stories

Can I Use Dial Soap to Clean My Tattoo?

When Can I Use Lotion On My New Tattoo? – Everything You Need To Know About Fresh Ink