After the wearable rolled out its ECG smarts and blood pressure monitoring in more countries in January, it’s now receiving a more utilitarian feature — SmartThings Find. Perhaps not the most exciting addition on paper, SmartThings Find will allow users to find their smartwatch should it ever slide off their arm. It should be a boon for those who misplace their devices often. 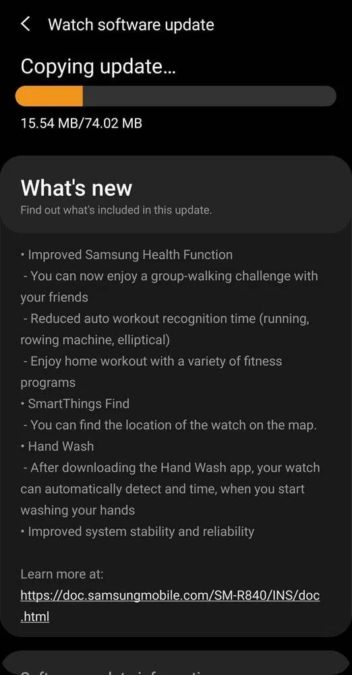 Finally, a Hand Wash app now also arrives on the Galaxy Watch 3. The app will automatically “detect and time” when the wearer begins washing their hands. Samsung also notes that the update brings “improved system stability and reliability.”

TizenHelp notes the update should be rolling out to users in India, South Korea, and the US. You can check if there is a pending update available through the Wearable app on your phone.