Ryan Reynolds on Netflix: 6 films to watch on the platform after Adam through time -… 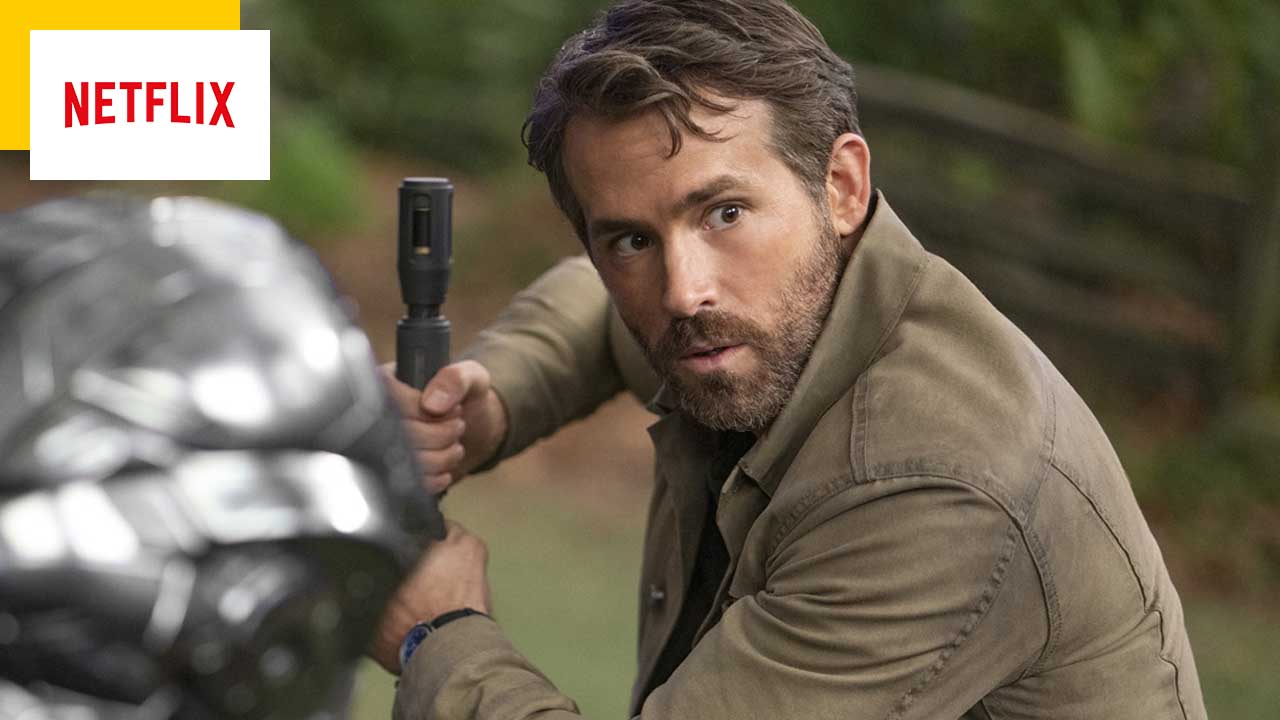 Did you like Ryan Reynolds in “Adam Through Time”? So know that you can find the actor on Netflix in six other films!

The explosive 6 Underground tells the story of six individuals from all over the world. All of them, the best in their field, were chosen not only for their skills, but also for their unique desire to erase their past in order to change the future. The gang is brought together by an enigmatic leader, whose sole purpose is to ensure that all will be forgotten but that their actions, for sure, will outlive them.

In this action film directed by Michael Bay (whose Ambulance is about to be released in theaters) and written by the screenwriters of Deadpool, Ryan Reynolds, who plays number One, is surrounded by Mélanie Laurent (Two), Manuel Garcia -Rulfo (Three), Ben Hardy (Four), Adria Arjona (Five) and Dave Franco (Six).

The blockbuster Red Notice, the most expensive film ever produced by Netflix ($200 million budget!), takes us on the adventures of profiler John Hartley (Dwayne Johnson), called by the FBI after Interpol triggered a Red Alert , destined to hunt down and capture the world’s most wanted criminals.

Hartley criss-crosses the planet until one day he finds himself embroiled in a spectacular robbery and forced to join forces with the world’s greatest art thief, Nolan Booth, played by Ryan Reynolds. The objective of the two men: to arrest the most wanted thief of works of art in the world, played by Gal Gadot. If you like big action movies with three-star castings, Red Notice (which will soon have two sequels) is for you!

Released in theaters in 2013, the feature film RIPD Ghost Brigade, adapted from the comic-book of the same name created by Peter M. Lenkov and Lucas Marangon, features a duo of cops made up of Jeff Bridges and Ryan Reynolds. Duo of a very special kind, since deceased, and sent by his police unit to protect our planet from an upsurge of harmful creatures who refuse to pass quietly into the other world.

The two men will have to swallow their respective antipathy to carry out a mission. When they uncover a plot that could end life as we’ve always known it, the two RIPD cracks have only one option: to restore cosmic balance so that the tunnel that leads to the other beyond does not suddenly fulfill the opposite function and precipitates the advent of the dead.

The initials RIPD stand for “Rest In Peace Department”. They combine two elements of the plot in a single acronym: the fact that the two protagonists are dead with the letters RIP (Rest In Peace), and the fact that they are police officers, with the sound of these initials which makes one think of American police acronyms (the most notable being those of New York and Los Angeles, respectively NYPD and LAPD).

The action-thriller Close Security tells the story of Tobin Frost (Denzel Washington), the CIA’s most hated and feared traitor. After escaping counterintelligence for almost ten years, he resurfaced in South Africa. When his hiding place in a suburb of Cape Town is attacked by a mysterious commando, a young “blue”, Matt Weston, played by Ryan Reynoldsis obliged to ensure his escape alone and to take him to a new secure residence.

Finally, it should be noted that in order to give the feature film maximum realism, the Swedish director Daniel Espinosa called on Luis Falco, a former CIA agent, as a consultant. In particular, he worked for thirty years across Latin America, Europe, Southeast Asia and the Middle East: “I protected all kinds of characters: arms or drug traffickers, foreign journalists prosecuted”he confides.

Before becoming a world star thanks to the Marvel character Dead Pool, Ryan Reynolds played a DC superhero on screen. That was in 2011 with the freshly welcomed and unloved Green Lantern, directed by Martin Campbell (Casino Royale).

In Green Lantern, Ryan Reynolds plays Hal Jordan, a talented and reckless test pilot who finds himself gifted with superpowers. Note that the Canadian actor was preferred for the role to, in particular, Bradley Cooper, Justin Timberlake and Jared Leto.

The DreamWorks animated film The Croods tells the story of a prehistoric family forced to undertake a great journey when the cave in which they have always lived is destroyed. Between generational conflicts and seismic upheavals, they will discover a fascinating new world, filled with fantastic creatures, and a future beyond anything they had imagined.

In this big public success (more than 2.3 million spectators in French cinemas), Ryan Reynolds lends his voice to the young nomad Guy (Kev Adams in VF). For producer Kristine Belson, The Croods is a film for the family, but also about the family. “The concept of family is universal”she says. “The world has moved on of course, but what was true about family hundreds, if not thousands of years ago, is still true today and will continue to be true in the future. We are going through the same trials, and share the same victories and the same emotions.”