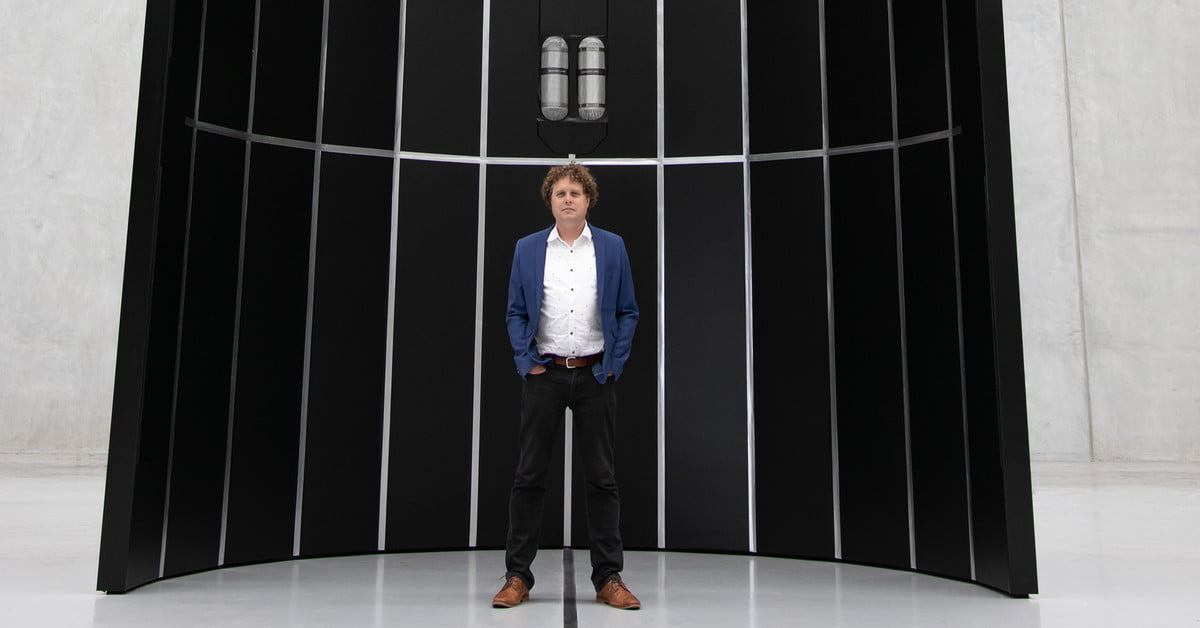 Rocket Lab has just announced that it is building its largest rocket to date as it seeks to take on SpaceX and other players in the commercial space launch market.

Even more tantalizing is the fact that the new Neutron rocket will be Rocket Lab’s first vehicle capable of carrying humans into space.

The Neutron rocket will be reusable and tailored for “mega-constellation deployment, interplanetary missions, and human spaceflight,” the company said, though it didn’t lay out any timeline for the possible astronaut flights.

Based in New Zealand and the U.S., Rocket Lab has been using its smaller Electron rocket to deploy small satellites into low-Earth orbit for a range of companies, with 18 launches to date.

Rocket Lab’s upcoming Neutron rocket (below) will be just over twice as tall as the Electron, which is capable of carrying much smaller payloads of just 300 kg into low-Earth orbit.

Beck said that while rivals may be able to lift bigger payloads than the Neutron, they often launch well below capacity. He described this as “an incredibly expensive and inefficient way to build out a satellite constellation,” adding that “Neutron’s 8-ton lift capacity will make it ideally sized to deploy satellites in batches to specific orbital planes, creating a more targeted and streamlined approach to building out mega-constellations.”

Monday’s video also saw Beck following through on a promise he made last year to eat his hat if his company ever moved toward creating a reusable rocket. Plans are already underway to use a helicopter to pluck its Electron first stage from the sky as it falls to Earth shortly after launch, while the Neutron will be designed to land upright on a platform floating in the sea, similar to how SpaceX lands its Falcon 9 first stage. After blending his cap and stuffing some of it in his mouth, Beck commented: “This hat is not tasty.”

Neutron launches will take place from Virginia’s Mid-Atlantic Regional Spaceport located at the NASA Wallops Flight Facility, with the first liftoff expected in 2024.

It’s certainly exciting times for Rocket Lab as it seeks to consolidate its position as a serious player in the space launch market, and we can’t wait to see its Neutron rocket blasting off the launchpad.