Ride Your Wave: what is this solar animated film with an aquatic ghost? 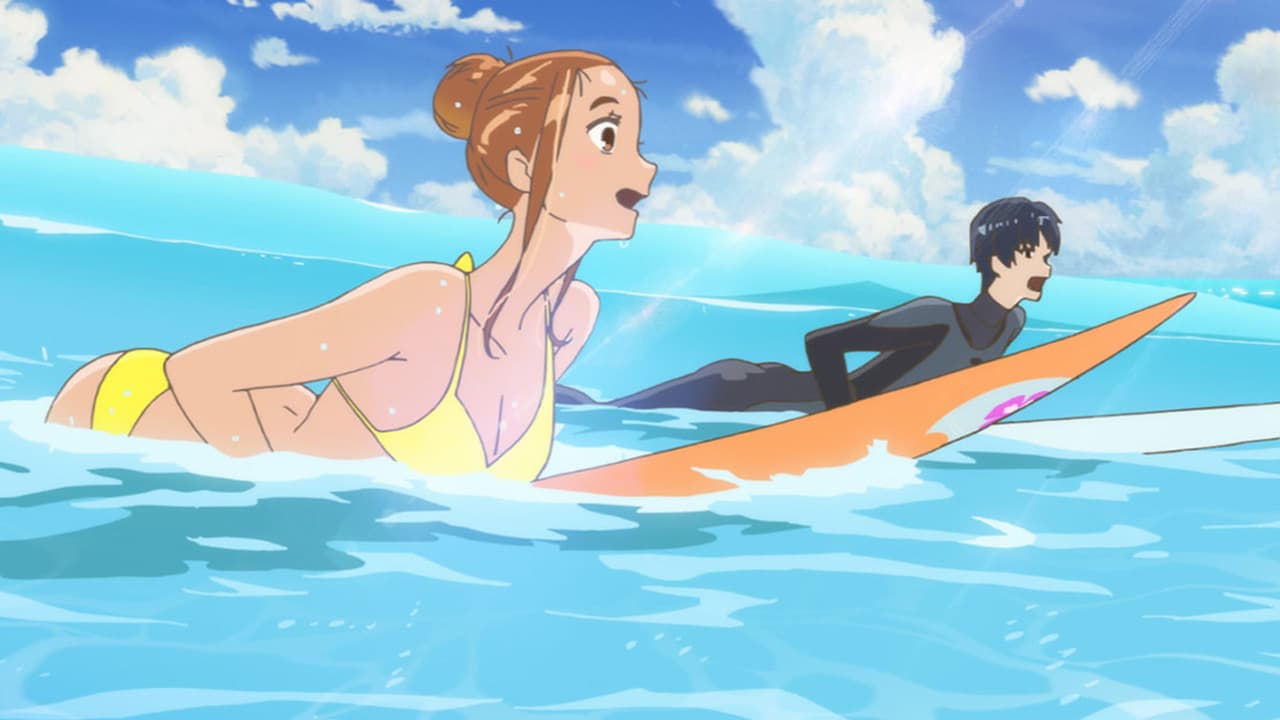 After the awesome Devilman Crybaby series, Masaaki Yuasa is back with Ride Your Wave, a feel good and moving animated film.

Author of outstanding works such as Devilman Crybaby or Lou and the Sirens Island, Masaaki Yuasa is back with Ride Your Wave. In his characteristic, colorful and flamboyant style, the filmmaker tells us the story of Hinako, a young girl passionate about surfing. The latter moved to a seaside town. During a fire, she is saved by a firefighter named Minato.

From this incident will be born an incredible fusion between two beings that everything opposes. But Minato, a young beginner surfer, finds himself one day engulfed by the sea. As everyone tries to overcome their grief, Hinako clings to the spirit of his friend, which springs back into his life in the form of water. .. Then begins a new chapter in their romance.

What immediately strikes you when you look at a work by Masaaki Yuasa is the shimmering colors and the character design. The latter is characteristic of the style of the Japanese master, who loves to draw slender and very dynamic characters, constantly in motion.

The filmmaker quickly takes us into his love story, literally immersing us in the daily life of these two young people who are going to live an intense supernatural experience. After the fantasy drama Lou and the Island of Sirens and the horror series Devilman Crybaby, the native of Fukuoka wanted to tell a simple romance intended for young adults.

“For each of these two young people, the other is her hero, while these two help each other. I always thought that heroes exist in our entourage, nearby. I think this is a film that talks about life and which gives us courage “, confides Masaaki Yuasa.

Like Kiyoshi Kurosawa in several of his works, the filmmaker stages a ghost manifesting itself in the most banal daily life. Materializing in the water, he consoles the heroine, who fails to recover from the death of this caring lover.

It thus echoes the sublime Towards the Other Shore of Kurosawa, in which a widow was visited by the benevolent ghost of her late husband. “If it takes a message, it would be that even the most mundane action of everyday life can comfort someone”, analysis Masaaki Yuasa at the microphone of 20 minutes.

If the story is captivating, the animation is not to be outdone, an explosion of colors, sun, blue sky and above all fabulous aquatic effects.

“For the rendering of water, I needed to go through a research stage where I tried to establish a principle governing the action and the resulting form. Romance and surfing are intrinsically connected. , there is respect for the other. These two aspects are naturally present, inextricable in Ride Your Wave “, underlines the Japanese director.

After Ride Your Wave, Yuasa is already ready to draw his new project: Inu-Oh. It will be presented in September at the Venice Film Festival. It will be a musical biopic, in animation obviously.

It will feature Inu-Oh, a Sarugaku Noh theater artist and extremely popular playwright in the 14th century. However, he remains unknown to this day, as very few records of his life have been preserved. 600 years later, this project tells the story of the brotherhood between the legendary Inu-Oh, erased from history, and a certain player from Biwa. It will include a lot of music and dance sequences.