Republicans trumpet elements of Covid-19 relief bill they voted against 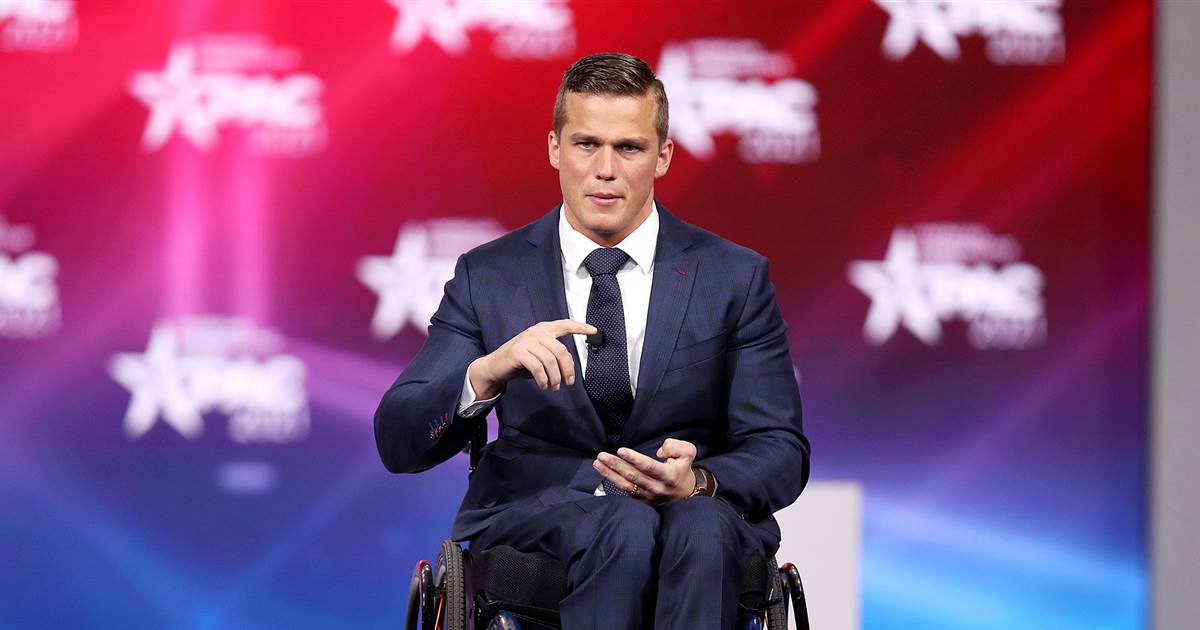 Congressional Republicans are walking a tightrope between promoting parts of President Joe Biden’s $1.9 trillion economic relief package that are popular with their voters — while also bashing the overall law as a costly boondoggle.

And although the lawmakers say there’s nothing hypocritical about backing some provisions of a bill they voted against, Democrats are quick to accuse them of wanting to have it both ways.

“Happy to announce that NC-11 was awarded grants from the U.S. Department of Health & Human Services,” Rep. Madison Cawthorn, R-N.C., tweeted Tuesday, pointing to millions of dollars that went to health care providers in his district. “Proud to see tax-payer dollars returned to NC-11.”

The law, which got no Republican votes in the House or the Senate, has the support of about a quarter of self-identified Republicans, and it enjoys more than 2-to-1 approval from Americans overall, according to a recent Economist/YouGov poll.

Cawthorn, 25, who counts himself among the party’s more Trumpian wing, voted against the American Rescue Plan, which provided the funding he promoted.

“Come’on man,” Democratic National Committee Chair Jaime Harrison tweeted. “@RepCawthorn is trying to take credit for the grants HE VOTED AGAINST. Republicans have no shame.”

Micah Bock, a spokesperson for Cawthorn, said that Cawthorn “firmly believes that the American Rescue Plan does more harm than good” and that Cawthorn “uses his official Twitter account to post information relevant to his constituents in NC-11.”

“Oftentimes this means providing relevant federal information on proposals that the congressman does not support,” Bock said in a statement. “There are portions of the American Rescue Plan that benefit NC-11, however, bills are not passed in portions, they are passed entirely or not at all, and this bill does significantly more harm than good.”

Cawthorn’s posts followed similar tweets and statements from other elected Republicans, such as Sen. Roger Wicker of Mississippi, who drew attention weeks ago when he praised the part of the stimulus package that provided billions of dollars to restaurateurs.

“Independent restaurant operators have won $28.6 billion worth of targeted relief,” he tweeted. “This funding will ensure small businesses can survive the pandemic by helping to adapt their operations and keep their employees on the payroll.”

Speaking to reporters later, Wicker said his praise wasn’t an inconsistent position. The funding was the result of an amendment to the legislation that he and Sen. Kyrsten Sinema, D-Ariz., proposed.

“One good provision in a $1.9 trillion bill doesn’t mean I have to vote for the whole thing,” he said.

Another Republican with complicated views of the law is Sen. Lisa Murkowski of Alaska, who issued a long statement explaining why she didn’t vote for the bill while touting a number of measures that would benefit the state.

“While I agreed with many of the ways in which it directed funding, I viewed a number of the priorities included as unnecessary and not related to Covid relief,” she said this month. “With a bill that was predetermined to pass, I went to work to improve the package to ensure that Alaskans would receive a fair share of the relief funds.”

Christopher Nicholas, a veteran Republican consultant based in Harrisburg, Pennsylvania, said it’s too soon to know how the aid package will fare with voters in next year’s midterm elections, but he predicted that it would become less popular over time if GOP candidates focus on more controversial provisions.

“In a Republican primary, it can only be an advantage to be strongly against that,” Nicholas said, arguing that conservatives can support parts of it while believing it was too large. “It shouldn’t have been a $1.9 trillion bill. It should have been one-quarter of that, at most.”

In the run-up to the bill’s passage, many Republicans notably spoke less about its steep price tag than they attacked it as a “liberal wish list.” An Economist/YouGov poll last month found that nearly 4 in 10 Republicans and 30 percent of Trump voters supported the bill. But partisan polarization in Congress has taken a toll — the numbers dropped to 27 percent and 20 percent, respectively, in a YouGov poll last week.

Yet passage of the bill has correlated with an increase in Biden’s approval of his handling of the pandemic. A poll released Wednesday by The Associated Press found Biden with 73 percent approval of his Covid-19 efforts and 60 percent approval on the economy — up since he signed the law. And a recent ABC News/Ipsos poll found that 72 percent of Americans approve of Biden’s response to the coronavirus — 4 points higher than in early March, before he signed it. The poll found that 60 percent approve of his handling of the economic recovery.

Cornell Belcher, a Democratic pollster, said Biden’s approval ratings on his handling of the virus and the economy are an unusual breakthrough in a polarized political environment.

“With Biden and Covid, you don’t see a partisan triggering the way you typically see around almost anything that’s happened in our politics over the last decade,” Belcher said. “It’s really quite remarkable.”

Meanwhile, Democratic leaders have been taunting Republicans with headlines from news outlets in their districts detailing stimulus dollars that headed to their communities.

The office of House Speaker Nancy Pelosi, D-Calif., put out one such release Wednesday, pointing to a headline in The Bakersfield Californian — a major newspaper in House Minority Leader Kevin McCarthy’s district — that mentioned the hundreds of millions of dollars Kern County was set to receive.

“Minority Leader Kevin McCarthy bet his house on House Republicans’ unanimous opposition to an overwhelmingly popular, bipartisan rescue plan to put vaccines in arms, money in pockets, children back in school safely, and people back in jobs,” the statement read. “And his members have been hearing about it back home. Now he can tell them he feels their pain.”