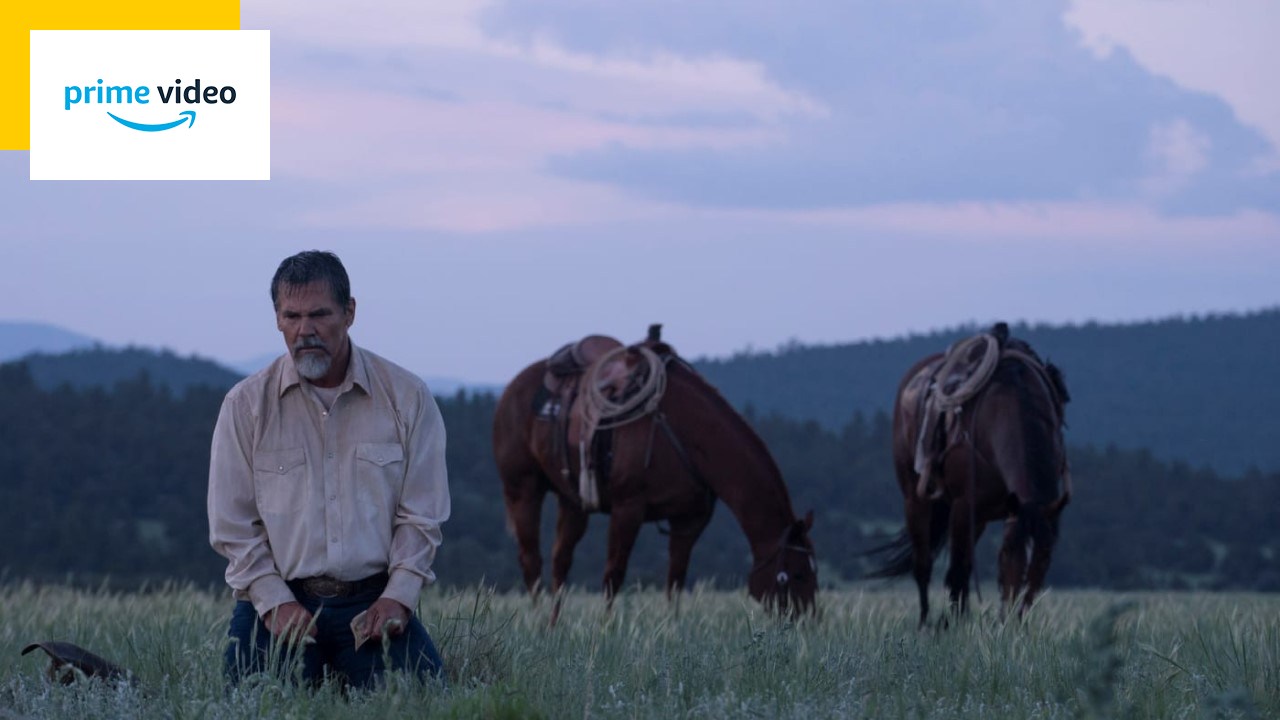 Best known for playing Thanos, Josh Brolin has one of the widest ranges of roles in Hollywood. On the poster for the Outer Range series this April 15, a look back at 6 films to (re)discover with the actor, all available on Prime Video.

The Outer Range event series is finally on Prime Video! It is available at the rate of 2 episodes per week.

The film that rocked the childhood of many of us is also the one that revealed Josh Brolin to the general public. Having become cult since its release in 1985, The Goonies tells the story of four children going on an adventure to find the loot of a legendary pirate, with the aim of saving their neighborhood from demolition. At the helm, we find Richard Donner directing, and Chris Columbus and Steven Spielberg writing the screenplay: a legendary trio that offers us a good dose of nostalgia and carelessness.

Josh Brolin plays Brand, Mickey’s older brother, the main protagonist. Adorned with his red bandana and obsessed with bodybuilding, he is perfectly cast for the role of the teenager disillusioned by his family situation. A classic that hasn’t aged a bit!

No Country for Old Men

In 2008, brothers Joel and Ethan Coen returned to detective stories with No Country for Old men. Decked out in his finest mustache and cowboy hat, Llewelyn Moss, played by Josh Brolin, stumbles upon a gangster shooting scene. Right in the middle of the corpses, he finds a briefcase containing 2 million dollars in small denominations, and leaves with it without hesitation.

Featuring a chase between a disillusioned sheriff played by Tommy Lee Jones and a chilling Javier Bardem as a psychopathic hitman, the film is unanimous with, among others, 4 Oscars and 2 Golden Globes… No Country for Old Men : a classic of the last 20 years, absolutely unmissable.

In Sicario, Josh Brolin plays Matt Graver, the leader of an elite unit operating in the Mexican Cartel War. His new recruit Kate Macer, played by Emily Blunt, is a slightly naive young idealist. The hell of war proves ruthless for her, because for veterans of the shock squad, the end always justifies the means.

Between high-tension scenes and sticky cynicism, the unleashing of violence is brutal in this film directed by Denis Villeneuve, to whom we more recently owe Premier Contact, Blade Runner 2049, and of course Dune, in which he finds Josh Brolin as Gurney Halleck .

One of the most significant roles of Josh Brolin’s career is certainly that of the President of the United States George W. Bush, in W.: The Improbable President. If Oliver Stone’s film did not have the expected success when it was released in 2008, its presence in the Prime Video catalog is an opportunity to catch up.

His conflicting relationship with an ambitious father, his risky press conferences or his transformation into a warlord after 9/11: Josh Brolin brilliantly portrays the 41st American President in this film halfway between satire and historical drama. And the actor offers one of the most convincing Texan accents!

Everest, released in 2015, traces the tragedy that occurred in 1996 on the highest peak in the world, when eight people disappeared. A worldwide box office hit, the moving tale of the tragedy cast Josh Brolin as Beck Weathers, a Texan going through depression and for whom climbing is a major step in his recovery. The film is also an adaptation of the autobiographical book of this same Beck.

Shot in near-real conditions, in high mountains and in temperatures down to -30°C, the film aims to be as realistic as possible. Josh Brolin and Jake Gyllenhaal were also impressed by the effects of the lack of oxygen on the body during their preparation.

On display in 2013 of Last Days of Summer alongside Kate Winslet, Josh Brolin surprises his fans. He plays Frank, an escaped prison inmate taking a teenager and his mother hostage to escape the police. But the relationship between the captives and him will turn into a form of cooperation, their respective wounds echoing.

With this role, Josh Brolin demonstrates his ability to play in a more intimate, sentimental register, and even lets us glimpse a certain fragility. He proves once again the variety of the palette he has as an actor.