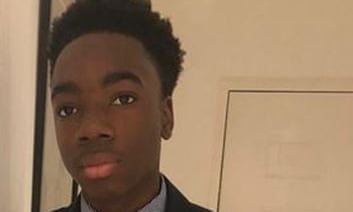 Police searching for missing London student Richard Okorogheye have found the body of a man in Epping Forest, Essex.

The Metropolitan police said they had been informed by the Essex force that the body had been discovered in a pond and efforts were under way to identify it, adding that detectives investigating the 19-year-old’s disappearance had been informed.

A search in Epping Forest for Okorogheye, involving police dogs and divers, entered its fifth day on Monday. Officers scoured ponds and lakes in the 83,700 acres of woodland to the north-east of London.

Okorogheye, who was studying computer science at Oxford Brookes University, has not been seen by his family since 22 March, when he left his home in Ladbroke Grove, west London, without any money or medication. He was seen boarding the 23 bus at 8.45pm that day.

He took a taxi to Loughton in Essex, and was later spotted on CCTV near Epping Forest in the early hours of 23 March. He was dressed in all black, with a white Adidas logo across his lower back and had a black satchel bag.

He has sickle cell disease and had been shielding during the pandemic because of his condition, which required him to take daily tablets and keep hydrated. His mother, Evidence Joel, said he had only left the house for regular blood transfusions in hospital.

On Saturday, police appealed to him to get in touch and “let us know you are safe”. His mother had previously spoken of her frustration at the police’s initial slow response to his disappearance being reported.

At the weekend, she told the Guardian of the “hell” of waiting for news a fortnight after he disappeared.

The Met said Okorogheye’s family were being supported by officers and kept aware of developments.