I don’t know anyone who doesn’t love a good pun, no matter how hard they groan when they hear one. Not only that, but as a woman, we love hearing about men taking responsibility for birth control!

Which are both reasons to love this woman’s take on a vasectomy care package after her fiancee took care of his package. Heh. 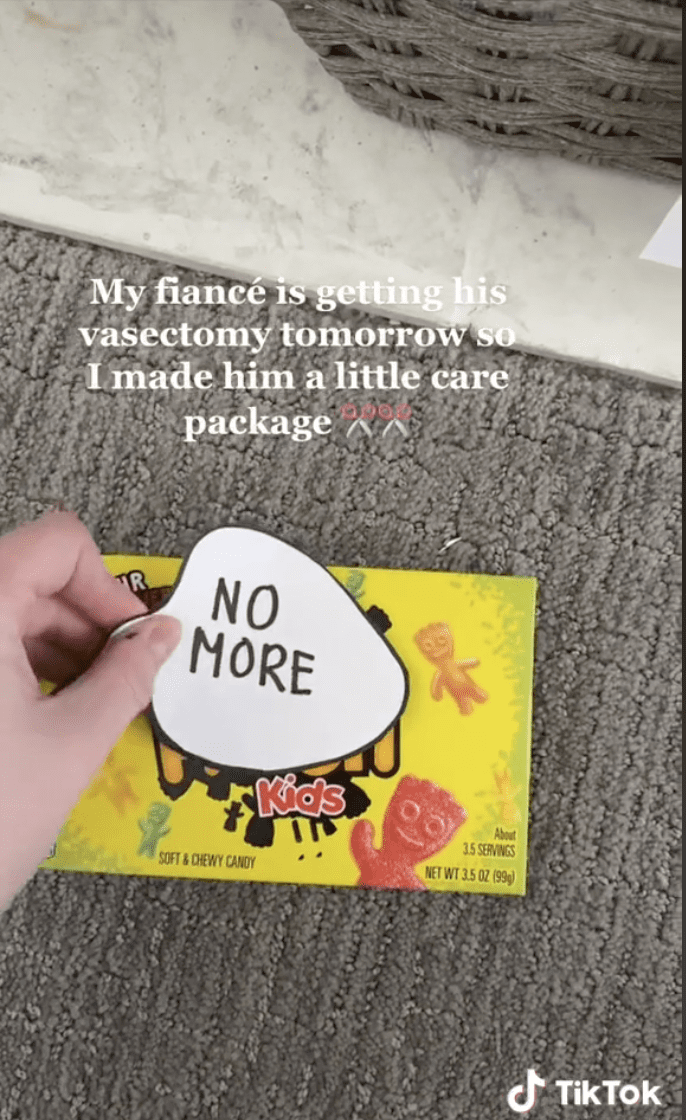 TikToker @hippiekay21 earned herself (and her husband) 33 million views with her video showcasing the care package she put together for her fiancee upon his return home from the clinic. 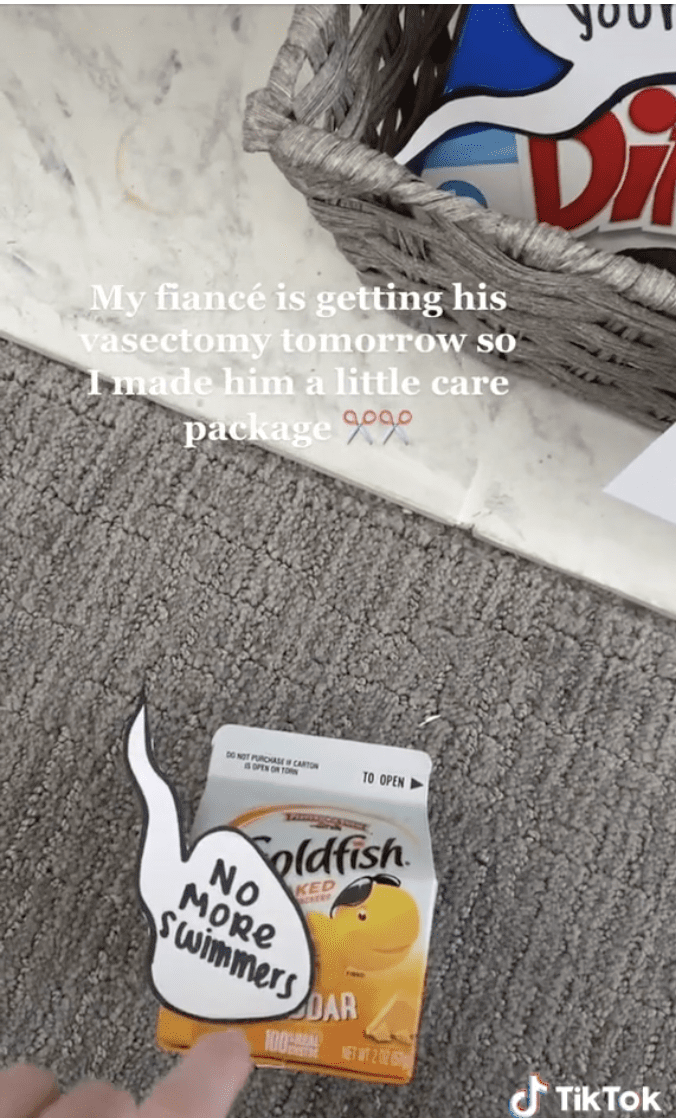 For some people, it might be cringey or in poor taste, but for the creator, her husband, and millions of others, her puns and creativity struck just the right notes. 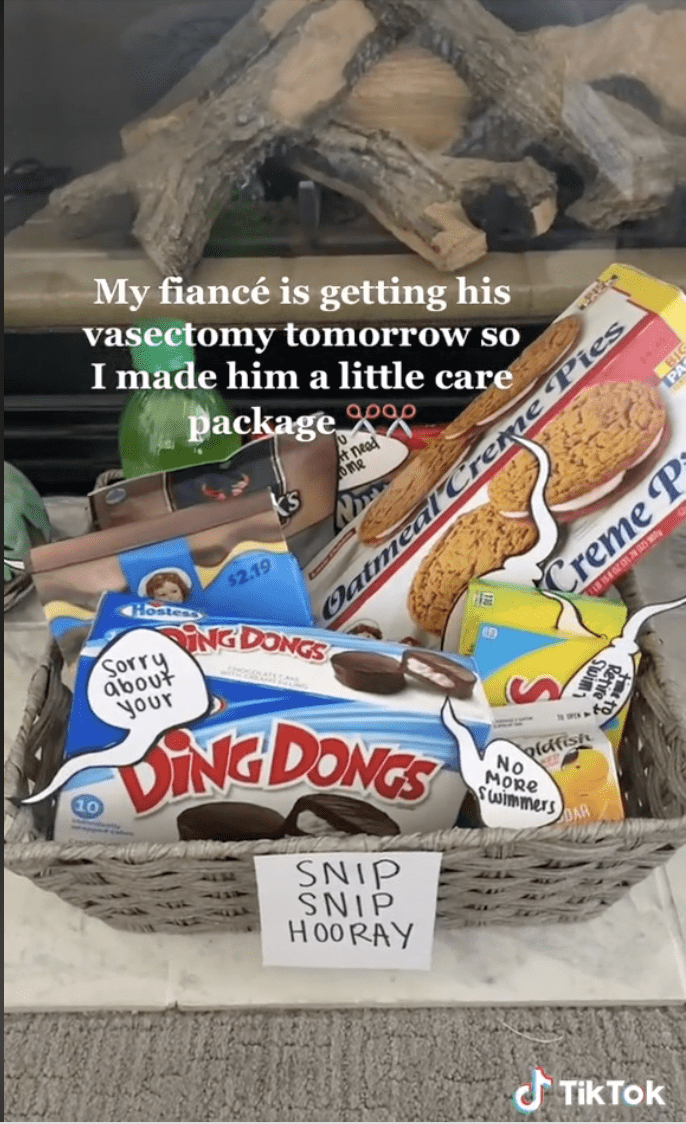 While waiting for his return she filled a basket full of snack food that were all accompanied with sperm-shaped notes featuring puns like “Sorry about your Ding Dongs” and “No more swimmers.”

The donuts, labeled “nonuts” were a particular favorite. 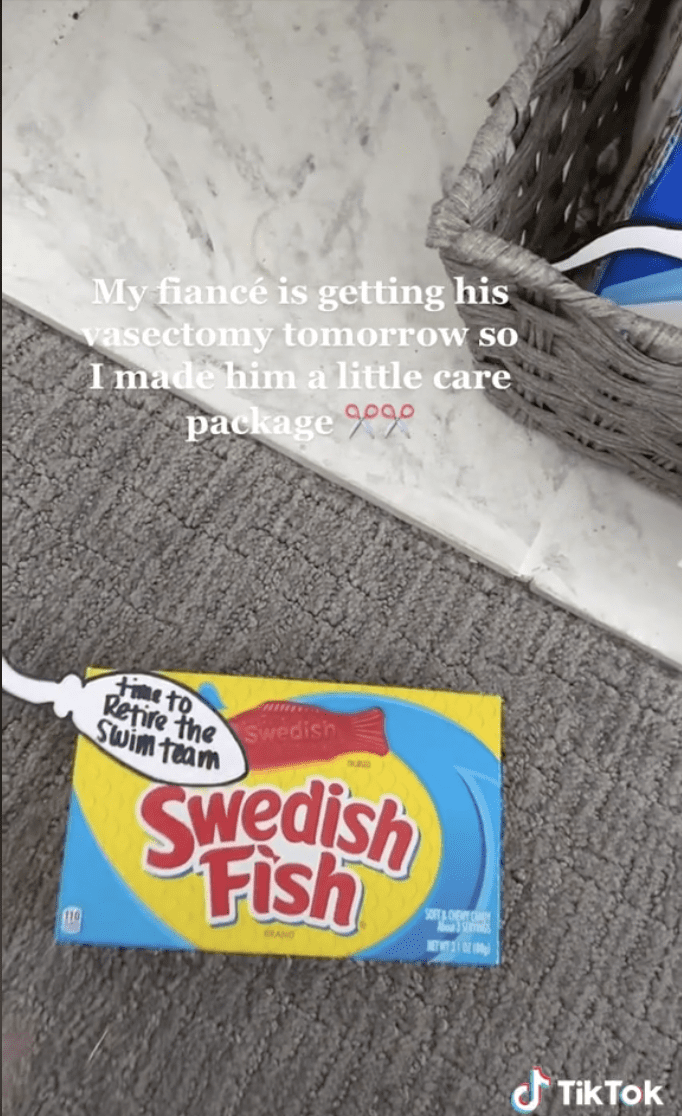 As for the people who were offended by her jokes or the fact that she’d “forced” him to get a vasectomy in the first place, she cleared a few things up in a follow-up video.

“It was his idea, not mine. He made his appointment.”

The subsequent videos also make it clear that he thought her video was as funny as the rest of us, so I say no harm, no foul.

Even if there might have been a little discomfort involved, you know what they say – no pain, no pleasure!