OSS 117 in black Africa: towards an even more transgressive sequel? 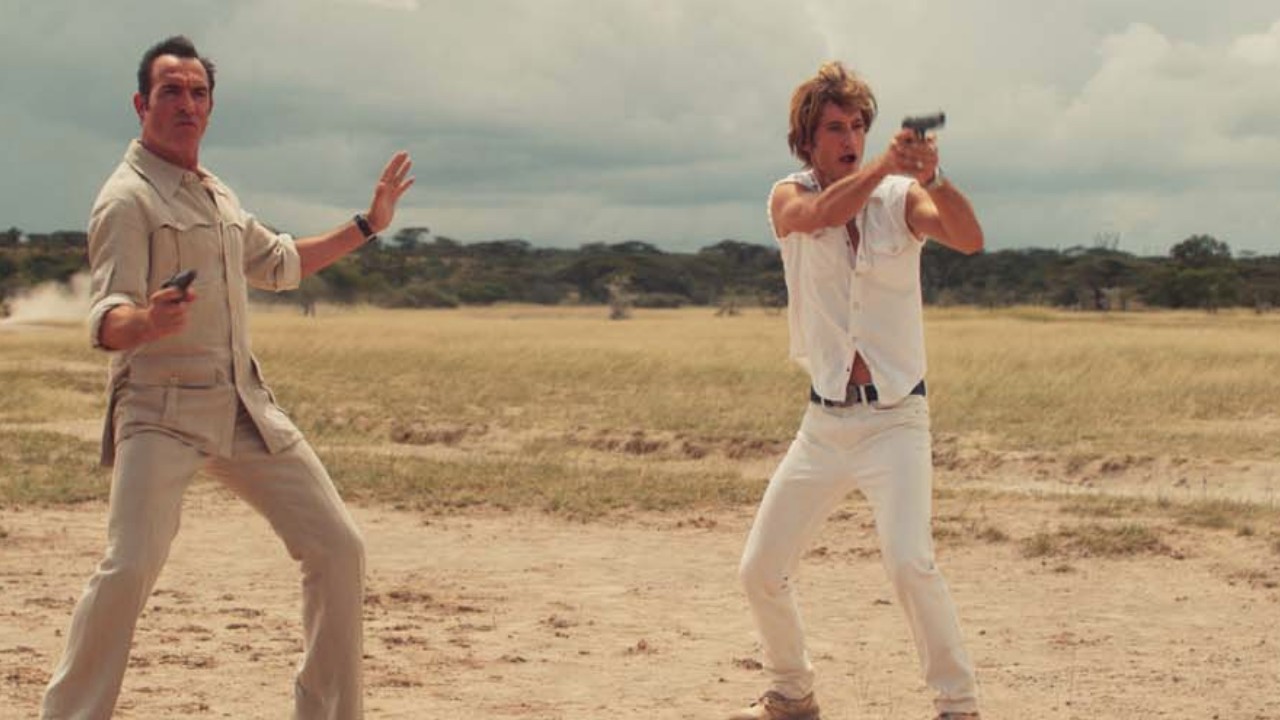 How far will the third part of the “OSS 117” franchise go? While waiting for the release of “Red Alert in Black Africa”, scheduled for April 14, 2021 at the cinema, some answers …

15 years after OSS 117, Cairo’s nest of spies, and 12 years after OSS 117: Rio no longer responds, the third part of the saga called Red Alert in Black Africa, should be released on the big screen very soon, precisely on April 14 2021. Two months from this launch date (if the health situation allows it), and while the film gradually reveals the first images (two teasers have already been released), we take stock of what we know about the film.

Change of epoch first. This sequel will make a leap in time since we will be screened in 1981. Hubert Bonisseur de la Bath will be sent to black Africa. Nicolas Bedos, who directs this sequel, promises “exoticism, adventure and transgression“, as he recently indicated to our colleagues from First. According to Jean-François Halin, screenwriter of the trilogy, a spirit à la Philippe de Broca (director of the Magnificent or the Man from Rio) should blow on the film: “There is adventure, landscapes, laughter… The film has a little De Broca spirit“, he told us podcast this summer.

Even more humor and irreverence?

Over the years and the strong expectation that has set in, the first two OSS have achieved a special status, that of cult film for a whole part of the public. As Jean-François Halin explained to us, this statute made the implementation of this suite “difficult“:”there is a part of the public who really like these films, who know them by heart and who therefore await the third with a lot of impatience. 10 years later, that’s far too long, and therefore people should not be disappointed. I don’t want to disappoint myself. I spent a lot of time writing it“.

In the first interviews given by screenwriter Jean-François Halin and director Nicolas Bedos, it seems certain that this sequel will once again play the card of scratchy humor. “There was no question of making a sanitized film“, Jean-François Halin told us during our podcast whose theme was the many controversies that have surrounded the release or reissue of films recently, such as Gone with the Wind.

For Jean-François Halin, it is out of the question to give in to a form of “standardization” of humor. “This trend towards uniformity makes things more difficult“, he explains.”I wanted (this new part) to shock as much, because the first two shocked at times. From this shock can be born laughter … I wanted the same thing, and I wanted to surprise people. (…) And then the humor, there is nothing that divides people more than that. So if we ask everyone’s opinion, if we want to make everyone laugh, in my opinion, we no longer make anyone laugh. “

We see every day that political correctness is wreaking havoc, more than ever.

And to add: “Obviously (OSS 117) behaves in a rather shameful manner, but not in the way we expect. (…) The film is not shy. Here it is, it will hamper at times, because it is also the view of the French in 1981 on Africa, that is to say its home, its conquered territory, relations with African leaders, relations with the rebellion, relations with the Soviets there, with the population … “

“I wanted to talk about all these clichés that people can’t stand anymore from Europeans, continues Jean-François Halin at our microphone. I dealt with all of this. You’ve seen the first two, so don’t imagine two seconds that the film is racist or anti-African. Absolutely not.”

Nicolas Bedos, recently interviewed by Première, underlined “the great relevance of doing an OSS in 2021“:”we see every day that political correctness is wreaking havoc, more than ever. In addition to being a pure comedy, the film is an act of resistance“.

Controversy, censorship, pedagogy: should we recontextualize films and series?