We’re living in the digital age, where the world is moving at a rapid speed. Here on a day to day basis, we can see lots of innovations, improvements and more.

In those innovations, this is one of the latest AI-powered innovation. That’s nothing but an AI-based toothbrush. 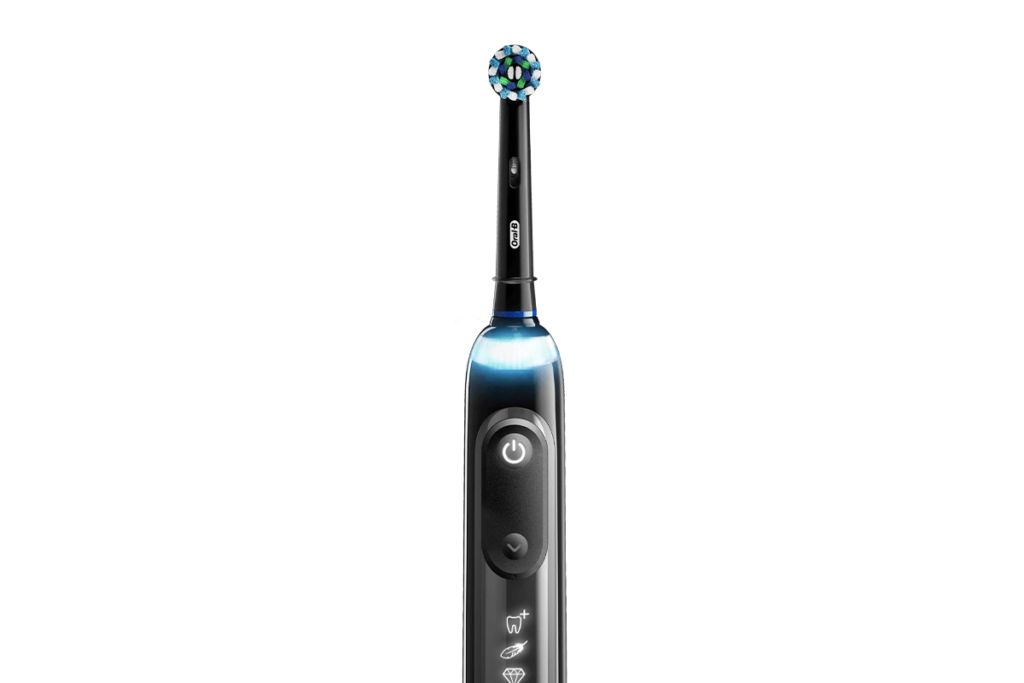 Oral-B the well-known brand in the dental care industry has launched its new AI-powered toothbrush. This AI power Oral-B’s new toothbrush tells you when you’re brushing poorly and when you should do more brushing and so on.

Today, Oral-B has officially launched its $220 toothbrush with the name of Oral-B Genius X electric toothbrush. This brush’s specialty is it says Oral-B users to brush better to avoid dental problems.

Officials said that they never thought AI would come for teeth and AI will be useful for them. But, it has helped their creators to create an electric toothbrush based on it.

This working of this electric toothbrush is it connects to an app on your phone over Bluetooth. Whenever you start brushing, the app will show the timer on how long you have brushed, and it will also show you the guide to where to brush next and where to brush to clean better.

Oral-B officials stated that ” Toothbrush uses sensors to find out when you’re applying too much pressure on soft tissues,  or when you’re not brushing long enough in certain spots and so on. The electric brush will collect all the data and then sends data from the sensors to the app.

The app will take this data and uses the “Genius X AI Algorithm” to tell the users about where they need to brush and other information. The best thing is that this app will give you a rating on how well you have brushed. Even though it sounds funny, but it surely can help you in some situations.

This isn’t the first Bluetooth connect brush as this company had already released a Bluetooth enabled toothbrush way back in 2014. But then it’s programmed with the help of the dentist.

Oral-B launched its Genius line of toothbrushes in 2016 but the previous models needed to use the smartphone camera to follow your brushing. In that case, you have to plant your phone in a smartphone mount which is attached to the bathroom mirror every time you do brushing. It’s a difficult and failure model as well. This process can easily annoy anybody within a few tries.

Philips Sonicare and Kolibree have offered toothbrushes for years that works pretty much similar to the Genuis X. The Kolibri has even turned to brush into the game. The onvi’s brush will stream the footage of your mouth. Those are pretty expensive — but the decently affordable option is Kolibri’s product which is available at $149.99. It’s has partnered with Colgate on the cheaper version that is at $99.95.

You can see some reviews on Oral-B new genius X as some people have already started reviewing the $220 toothbrush. Although Oral-B has launched this AI-powered toothbrush, i’ll go with the standard brush because “$220” means it almost triple for my yearly brush expenditure. But, if you want, you can try this electric toothbrush