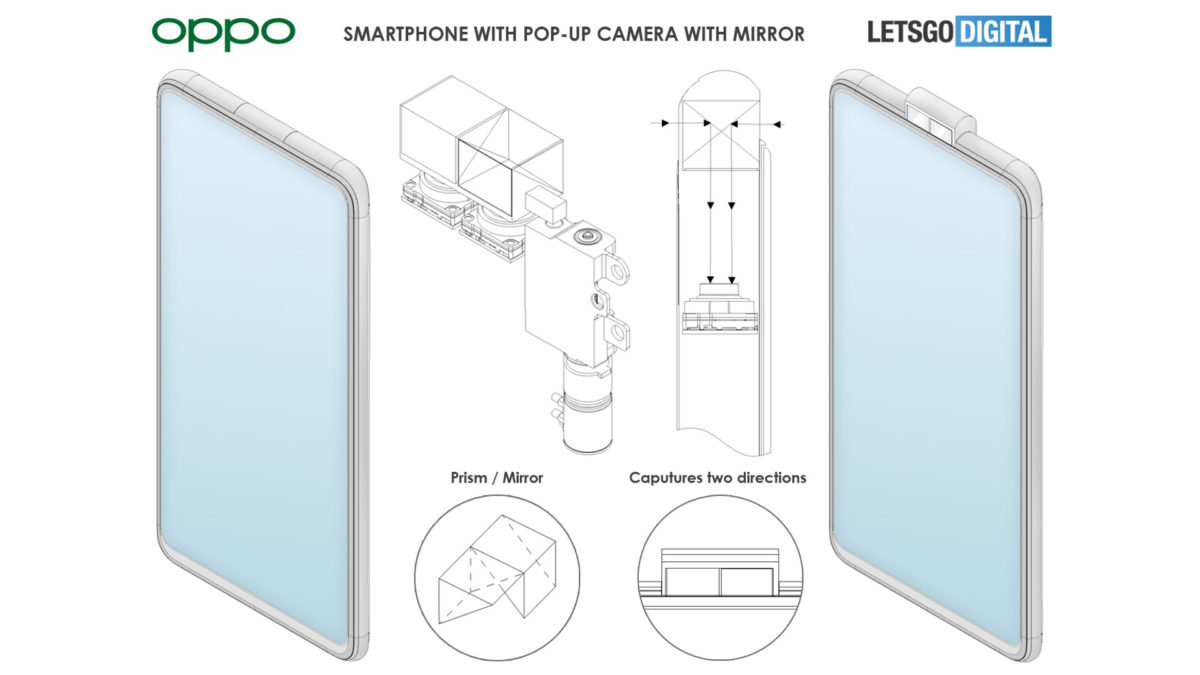 Oppo is no stranger to quirky designs, having revealed the Find X with its periscope pop-up camera design back in 2018 and the shark-finned Reno series in 2019. The manufacturer has also showed off a rollable concept design more recently.

Now, LetsGoDigital has uncovered an Oppo patent for a smartphone with a rather unique pop-up camera design. The patent, which was posted by the World Intellectual Property Office in October 2020, shows what seems to be a dual camera pop-up housing at first. This wouldn’t be new, as the likes of the Vivo V17 Pro offered this already.

Take a closer look at the patent filing though, and you’ll discover that there aren’t any camera sensors in the pop-up housing at all. Instead, the two camera sensors are in the body of the phone and pointed upwards towards the pop-up module. So what does the module contain, then? 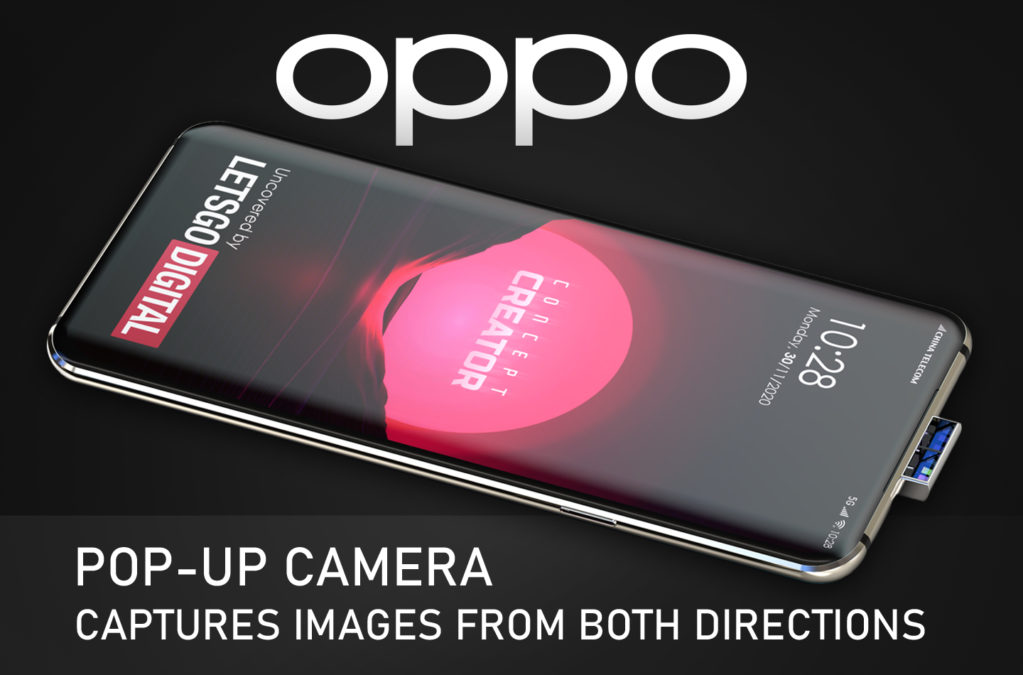 The patent images reveal the pop-up housing actually hosts two moving prisms (one above each sensor) that are able to point forwards or backwards. In other words, you can use the same camera for both selfies and standard shots. Presumably the phone’s two sensors would be main and ultra-wide shooters.

LetsGoDigital also notes that the setup could enable easier 360 degree photo capture on paper by letting users rotate the phone 180 degrees. The patent filing also moots several ways to operate the mechanism, such as a side button to switch between selfie and standard modes.

We’ve previously seen the likes of the Samsung Galaxy A80 and Asus Zenfone series offer motorized mechanisms to enable main cameras to be used for selfies too. It’s unclear whether Oppo’s solution will be better for durability and quality though, but it could enable a design without unnecessary camera bumps or display cutouts.