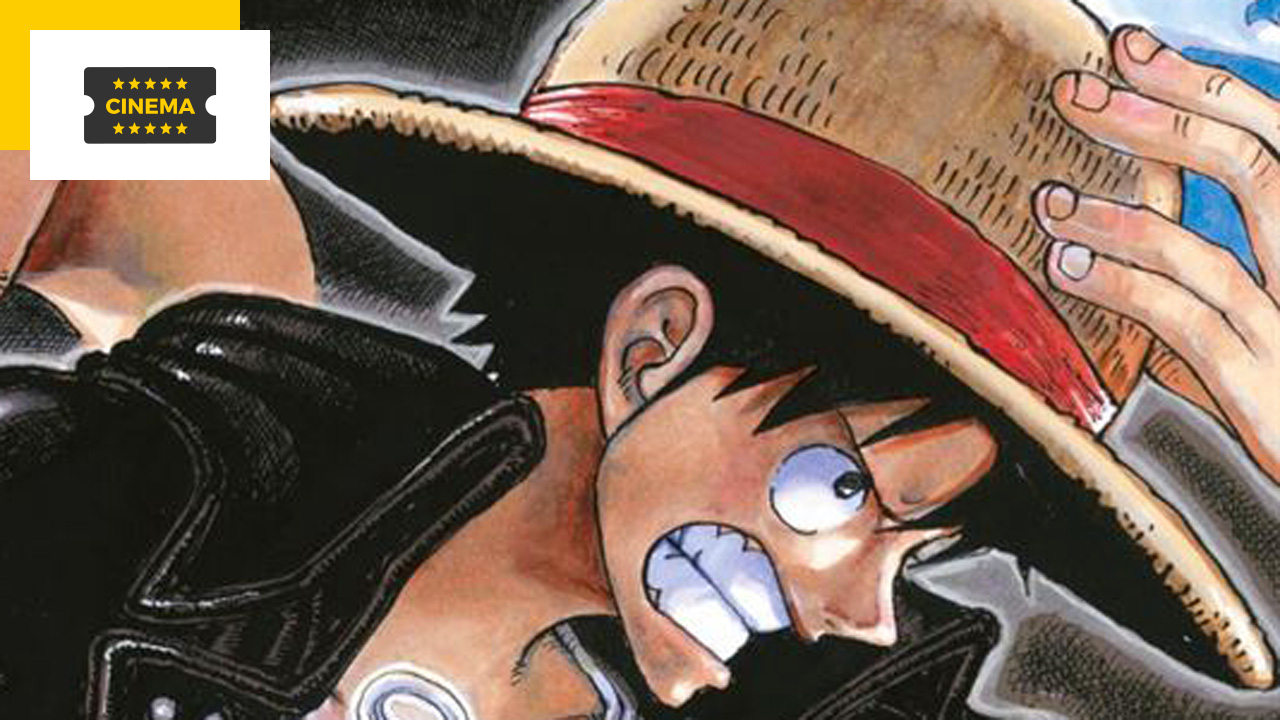 One Piece Red, event film from the famous manga, arrives in theaters on August 10! Very involved, director Goro Taniguchi worked closely with the creator of the saga, Eiichirō Oda, to deliver this highly anticipated feature film.

The big day is finally here ! August 10, One Piece Red landed in dark rooms, to the delight of aficionados of the saga created by Eiichiro Oda.

Fans will be able to board the Thousand Sunny for a sea tour with the Straw Hat crew.

The story follows the hero Luffy, always accompanied by his faithful partners. The latter are preparing to attend an eagerly awaited music festival.

The most popular singer in the world, Uta, will take the stage for the first time. The one who is none other than the daughter of the legendary pirate Shanks Le Roux will reveal the exceptional power of her voice which could well change the world.

As a reminder, the feature film was written by Tsutomu Kuroiwa (One Piece Gold), all overseen by the author of the original manga. It is made by Goro Taniguchi (Code Geass Lelouch Of The Resurrection).

As for the songs in the film, they are performed by the Japanese singer Ado, a real star in the Land of the Rising Sun. On the French side, it is Hoshi who was responsible for pushing the song.

For screenwriter Tsutomu Kuroiwa, those who know and appreciate One Piece know that music is a new theme in the films of the franchise.

“Our challenge being to open the film to as many people as possible, it seemed obvious to us to integrate a unifying and entertaining element throughout the world: the music. Everyone will be able to identify with and appropriate the film”he says.

As for Eiichirō Oda, he wanted to launch a new challenge with the character of Uta, central in the feature film.

Lots of surprises await you in the new movie. Let your expectation feed your imagination”hammered the famous mangaka, author of One Piecethe best-selling manga in the world with 500 million copies (102 volumes published to date).

Goro Taniguchi, director of this event film, had already worked on the franchise in 1998 with the OAV Defeat Ganzack the Pirate!

This time, the Toei studio offered him to be at the head of an animated super-production, a challenge that did not scare the filmmaker.

“It had been over 20 years since I had made the first One Piece animation and I wasn’t sure I could direct a movie, but Mr. Oda said, ‘Let’s go!’ could refuse such a proposal? It quickly became obvious to join the team”he says in the press kit for the film.

Goro Taniguchi spearheaded a huge team dedicated to making this hugely anticipated fan-favourite movie. One after another, animators and designers come together to create.

“To them are added the artistic team, the computer graphics, the music and the photography, where many professionals have come together to work on the film.

Unlike regular anime films, the film is created by professionals who rarely work in the animation industry in Japan.”reveals Taniguchi.

“We are making it with many collaborators and actors based on the original story of One Piece to show the world what Japanese anime is. With them, One Piece Red comes to life”he points out.

A COMPLEX AND CAPTIVATING UNIVERSE

For the director, what makes One Piece so fascinating is the complexity of its universe. In this franchise, there are times when, no matter how hard Luffy tries, things don’t go well.

“That’s why every character struggles to overcome difficult situations. The world doesn’t always work out the way we want it to”explains the filmmaker.

“You have to constantly show fighting spirit and perseverance to achieve your dreams and keep your convictions. Uta, the new character, obviously won’t escape it. That’s One Piece“, concludes Goro Taniguchi.

THE WORLD ACCORDING TO LUFFY

For the laymen, here is a small summary of the One Piece universe. During the great age of piracy, the legendary Pirate King, Gol D. Roger hides the One Piece, an incredible and coveted treasure of all, resulting in many battles around the world.

While Shanks Le Roux, a shipmate of Gol D. Roger, was stopping in a small village, Luffy, a young boy fan of pirates, steals and eats the “Gum-Gum Fruit”. This magic fruit will give him extraordinary body elasticity but will deprive him of swimming forever.

One day, caught in a battle against bandits who came to disturb the tranquility of the village, Luffy is thrown into the ocean. He is attacked by a sea monster and nearly drowns. Saved by Shanks, who left his arm there, Luffy will be eternally grateful and admiring the pirate.

Convinced that the young boy is promised a great destiny, Shanks offers him his straw hat and declares to him:

“Promise me you’ll give it back to me one day when you become a great pirate.” 10 years later, Luffy, nicknamed since the “Straw Hat” takes off with his crew to realize his dream: to become the King of the Pirates.

After this new animated feature film, we will find One Piece on Netflix in a live-action series adaptation. Inaki Godoy18-year-old Mexican comedian, will slip under the straw hat of Monkey D. Luffy.

Hoshi talks about his participation as a singing voice in One Piece Red.