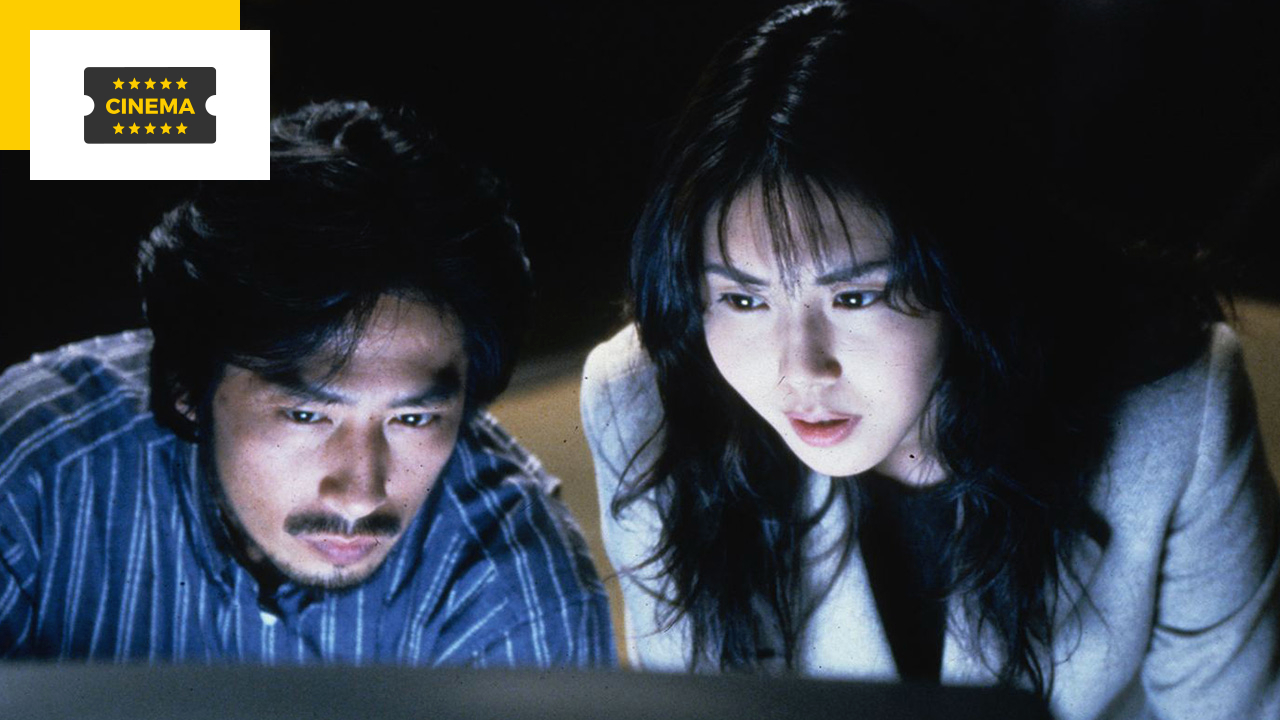 Horror movie lovers will be thrilled! On April 13, Ring hits the big screen in a restored 4K version. And this J-Horror masterpiece isn’t the only one getting a family facelift.

After releasing the cult trilogy Infernal Affairs on the big screen last March, distributor The Jokers is repeating the operation with three outstanding works of Japanese horror cinema.

Ring and Dark Water, directed by Hideo Nakata in 1998 and 2002, benefited for the occasion from a restoration in 4K. The third film, Audition, directed by Takashi Miike in 1990, meanwhile got a 2K facelift.

Ring is one of the most significant feature films of the J-Horror wave, considered the first to popularize the genre. Upon release in Japan, the film grossed over 1 billion yen, becoming the highest-grossing horror film in the Land of the Rising Sun.

The story takes us to Tokyo, capital of Japan. A rumor is spreading among teenagers: viewing a mysterious videotape would cause certain death after a week.

After the inexplicable death of her niece, journalist Reiko Asakawa decides to investigate but finds herself under a curse.

During the seven days she has left to live, she will have to go back to the origin of the fatal video and face the specter that haunts televisions: Sadako.

The latter has become a legendary creature of fantasy cinema, her long black hair still haunting everyone who has seen this film. The scene where she comes out of television to persecute the hero has chilled the blood of millions of spectators.

Ring has had a major influence on horror cinema worldwide, inspiring in particular as far as the USA and Spain.

“When I made Ring 1, I didn’t think that horror films would become such social phenomena in the Japanese cinema world. I assumed that Ring 1 and 2 would target students and young couples in a twenty years”explains director Hideo Nakata.

Note that Ring is taken from the novel by Kōji Suzuki, a sort of Japanese Stephen King. It was released in 1991. Kadokawa, the production company behind the adaptation of Nakata, wanted to turn it into an unpretentious horror B-series.

The film was intended for distribution during Obon, the Japanese equivalent of Halloween or All Saints’ Day or Halloween. Already successfully screened for Japanese television in 1995, Ring had cinematic potential for Kadokawa.

The studio had a flair for the phenomenon that the feature film has become, rising to the rank of a true reference in terms of terror in cinema.

Hideo Nakata will direct a sequel, Ring 2, in 1999. In addition, the work will be entitled to its American remake in 2002 by Gore Verbinski, with Naomi Watts.

The Japanese filmmaker himself will direct the sequel three years later. A new version was also released in 2017: Le Cercle – Rings, but didn’t really make an impression.

Note that the success of Ring allowed Western audiences to discover the figure of “yūrei” for the first time. In Japanese folklore, the yūrei is a ghost who is forced to remain on earth because of a traumatic emotional experience.

These spectra manifest themselves in a particular type. In Japanese horror cinema, the best known is the onryō, motivated by revenge.

After Ring 2 in Japan, Hideo Nakata tackled another film which will become a classic, Dark Water (2002).

The story follows the character of Yoshimi, going through a divorce. With her six-year-old daughter, Ikuko, she moves into a dilapidated building in the suburbs of Tokyo. As they try to acclimatize to their new life, mysterious phenomena occur.

Who is this little girl in a yellow raincoat walking through the corridors? Why does a small red child’s bag keep appearing in Ikuko’s hands?

What is the origin of this runoff that spreads over the walls and ceiling of their apartment? A threat from beyond will try to separate the mother from her daughter.

This feature film is based on the collection of eponymous short stories by Kōji Suzuki, already author of the novel Ring. Dark Water is the adaptation of the short story Floating Water. An American remake will be directed by Walter Salles in 2005 with Jennifer Connelly in the title role.

A CASTING THAT GOES WRONG

The 3rd feature film concerned by this salvo of horrific releases is Audition, directed by Takashi Miike.

The filmmaker introduces us to Shigeharu Aoyama, a film producer. Widowed for seven years, he accepts on the advice of his colleague Yoshikawa, to organize an audition for an imaginary film in order to find a new wife.

He unearths the rare pearl in the person of Asami Yamasaki, a sweet and intelligent young woman. He immediately falls in love with her and, without revealing his subterfuge, begins to have a relationship with her.

While on a getaway by the ocean, Asami disappears. Aoyama’s investigation reveals a harrowing secret: the disappearance and murder of several people. As he begins to understand Asami’s true personality, it reappears and everything turns into a nightmare.