New Netflix this week: new episodes of Arcane and the adaptation of a … 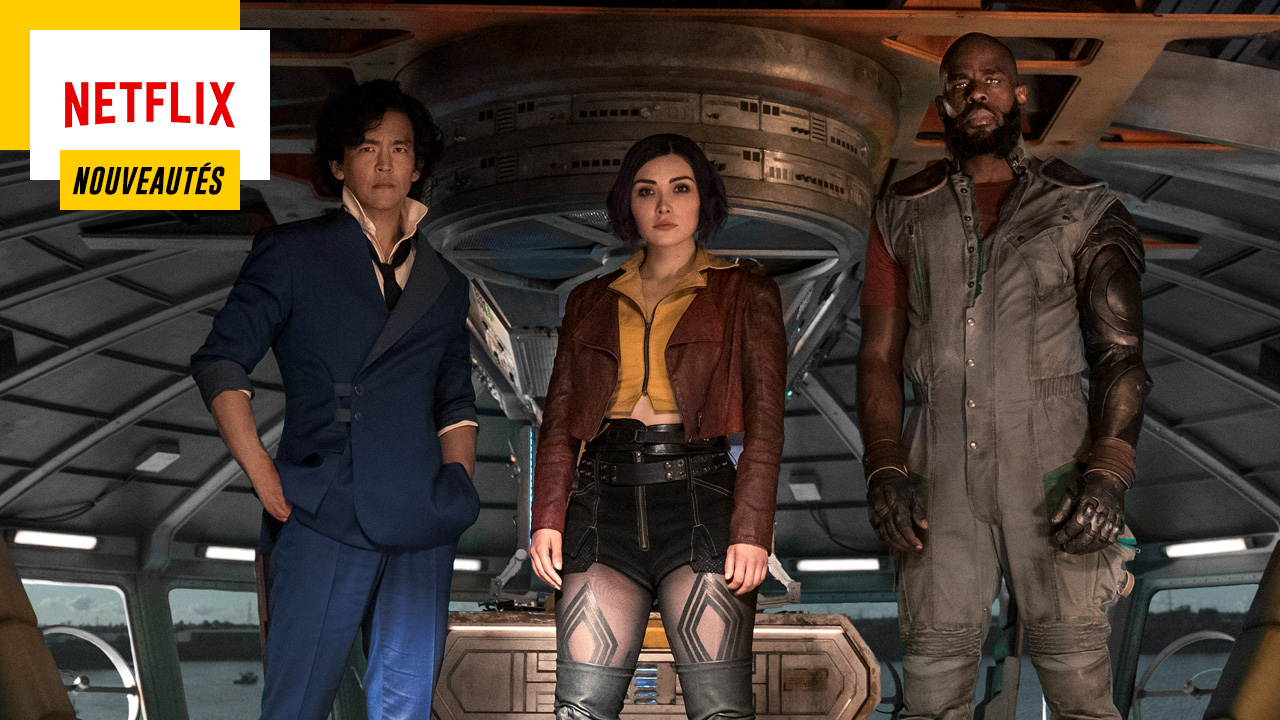 Thanks to AlloCiné, discover the films and series that will be released on Netflix between November 19 and 25.

Cowboy Bebop: Spike Spiegel, Jet Black, Faye Valentine and Ein in flesh, blood and hair … We dreamed of it for a long time, Netflix did it. An undisputed major work among Japanese anime, Cowboy Bebop is expected around the corner.

With its rather chic and shocking cast, composed of John Cho, Mustafa Shakir and Daniella Pineda, Netflix is ​​putting all the chances on its side to both satisfy the fans of always and arouse the curiosity of those who do not know this rich and exciting universe. A pop and stylish series!

The Brain, in brief season 2: Our mind is capable of great things, but it can also undermine our best intentions. Learn about the science behind creativity, brainwashing, and more.

Hellbound: It is the story of beings from another world, who appear out of nowhere to issue a decree and condemn individuals to hell. These supernatural events sow chaos and allow the clergy of The New Truth to gain influence. But the activities of the religious group arouse suspicion and lead a few people to investigate its involvement in mysterious phenomena. If an additional argument was needed, it was the creation of Sang-Ho Yeon, the director of The Last Train to Busan!

Tick, Tick … Boom! : Lin-Manuel Miranda signs his first feature film as a director and at the same time adapts this autobiographical musical by Jonathan Larson, known for being the author of another musical comedy that has become cult: Rent. We follow Jon, a young playwright who worked as a waiter in a New York restaurant in 1990. It is the talented Andrew Garfield (Spiderman, The Social Network) who vibrates with all his being in the skin of this boy who is perhaps at a turning point in his life.

Arcane : The last three episodes of the animated series go online this Sunday. The series produced by Riot Games immediately hit the mark, rising in the first week of its release in the top 10 of the platform. It remains to be seen how if this conclusion will live up to the lively enthusiasm that the series has aroused …

Masters of the Universe: Revelation part 2: The war for Eternia continues in Part 2 of this action-packed animated series, which picks up the story where our heroes left off. Facing Skeletor armed with the Sword of Power, the heroes of Eternia must unite to fight against the forces of evil, in a thrilling epic conclusion to the two-part series.

Shadow of Doubt: The Story of Two Kidnappings: This documentary series focuses on a kidnapping case that was part of a banal clash which, little by little, pushes the librarian Roberto Hernández to reveal the flaws in the Mexican judicial system.

Reality in the face: This crime drama brings together Kevin Hart and Wesley Snipes onscreen in an intense mini-series in which Kevin Hart plays a world-famous comedian. Having come to perform in Philadelphia, his hometown, he is forced to show how far he is ready to go to protect what he has built.

Bruising: First achievement for Oscar-winning actress Halle Berry who at the same time offers herself a role in statuette. She plays a disgraced MMA champion Jackie Justice who ends her career. But she is pushed by her trainer and boyfriend to engage in an underground fight. His performance once again propelled his career. At the same time, she sees the little boy she had abandoned when he was born come back into her life. A feminine Rocky who could well earn him an Oscar again.

Super Crooks: A team of small-time bandits endowed with superpowers, and who have never smiled, are recruited by the famous Johnny Bolt for a final heist. Their target: an overpowered and ruthless gang leader. Routine ? Not so sure. Inspired by the eponymous graphic novel by comic book legend Mark Millar and cartoonist Leinil Yu, the series Super Crooks is performed by Motonobu Hori (Carole & Tuesday) and told in 13 30-minute episodes produced by the famous Japanese animation studio bones.

F is for Family season 5: The still dysfunctional Murphys are back for a fifth and final season that picks up where it left off with the Murphys leaving 1974 in a dramatic fashion. Some epic moments ahead!