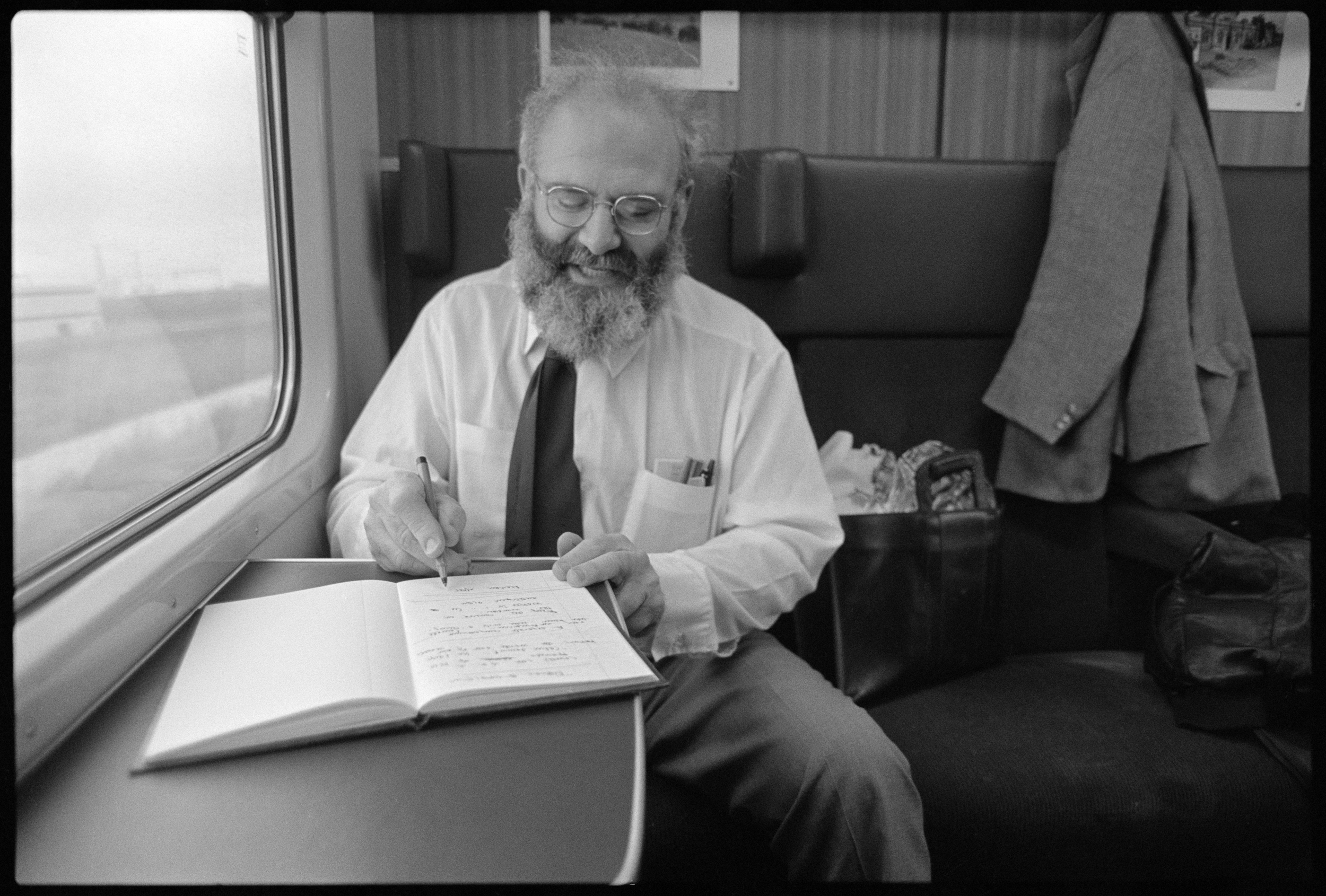 When neurologist Oliver Sacks died in 2015, he left behind a legacy of more than a half-century of exploration into the inner workings of the human mind.

Sacks, who was 82 when he died from metastatic cancer, wrote more than a dozen books drawn from his patients’ case histories, including “The Man Who Mistook His Wife for a Hat,” “Musicophilia,” and “The Mind’s Eye.” In 1973’s “Awakenings,” which was turned into a 1990 film with Robin Williams, he recounted using the amino acid L-DOPA to revive patients rendered catatonic for decades by encephalitis lethargica (also known as “sleeping sickness”).

Sacks wrote about people with amnesia, face blindness, Tourette’s syndrome and a host of other neurological conditions. He approached these subjects with equanimity and empathy, seeing their humanity first, not their disease.

But as much as Sacks had a passion for the human experience, he spent much of his life uncomfortable in his own skin: It was only a few months before his death, in his memoir “On the Move,” that he publicly disclosed his homosexuality.

Sacks’ long struggle with his sexuality — as well amphetamine addiction, recognition and love late in his life — is explored in the Ric Burns documentary “Oliver Sacks: His Own Life,” premiering Friday, April 9, at 9 p.m. ET as part of PBS’ American Masters series.

“It is up to me now to choose how to live out the months that remain to me,” he wrote in a moving New York Times op-ed announcing his terminal diagnosis. “I have to live in the richest, deepest, most productive way I can.”

He decided to spend part of that time working on a film about his life.

“It wasn’t as if Oliver set out to create a documentary,” said Bill Hayes, Sacks’ partner since 2009. “It was really complete serendipity. He was reading passages from ‘On the Move’ with his friends and family — funny passages, tender passages, poignant passages. He actually really liked to read from his work. One night, not long after the diagnosis, someone said, ‘Oliver, we should videotape you reading from this book. You’re such a wonderful reader, and we should get it down for posterity.’ And he liked that idea.”

Sacks’ longtime editor and friend, Kate Edgar, was the one who reached out to Burns. Given Sacks’ diagnosis, everything moved quickly. Within two weeks a film crew arrived at his home on Horatio Street in Manhattan’s West Village neighborhood to start shooting.

“They had only five or six days to film, because he was scheduled for a surgery for his cancer the following week,” Hayes recalled.

Sacks didn’t live to see the finished film, but he put his full faith and trust in Burns.

“Honestly, the marathon week of filming in the apartment was exhilarating. He loved it,” Hayes said. “The Oliver you see interviewed across the table from Ric or surrounded by his family and friends — all that sort of exhilaration, the brilliance, the self-deprecating humor, the eccentricities — that was so much what Oliver was like.”

For Burns, best known for the 1999 Emmy-nominated “New York: A Documentary Film,” the project was like nothing he’d worked on. He knew Sacks’ writing but only met him a week before shooting started.

“There was no research, no development period, we didn’t raise money for a year and a half. Oliver would’ve been dead [by then],” he said. “There was a stark reality hanging over the project from the very beginning. … Each decision going forward was made, I don’t want to say intuitively, but rapidly.”

In addition to tracking Sacks’ professional rise, “His Own Life” recounts his difficult childhood, including a Dickensian boarding school experience and a beloved brother diagnosed with schizophrenia. It also revisits his forays into bodybuilding, sex and what author Lawrence Weschler called “staggering bouts of pharmacological experimentation.”

But the film is as much about the last eight months of Sacks’ life as it is his entire biography.

“As you work on a project you find out what the film wants to be,” Burns said. “And that’s what this film wanted to be — a film about a man’s life as he was dying. … It’s an archeology of Oliver’s selfhood there at this critical moment, a minute to midnight.”

Far from chronicling him retreating from life, the documentary shows Sacks as vibrant and occupied up until the end — seeing visitors, working on new articles, even visiting a lemur colony in North Carolina.

“If you want to know how not to go gentle into that good night try just following Oliver Sacks for a while,” Burns said.

Sacks was 75 when he met Hayes, who was 47 and living in San Francisco. He had read Hayes’ book “The Anatomist,” about the classic medical text “Gray’s Anatomy,” and sent a letter telling him how much he enjoyed it. Despite a nearly 30-year age gap, their long-distance correspondence blossomed into a friendship, and then ultimately love. As Sacks reveals in the film, he had been celibate for almost four decades.

“It was as unexpected for me as it was for him,” Hayes said. “I was not moving to New York expecting to fall in love with Oliver Sacks.”

Like most people, Hayes didn’t know initially that Sacks was gay. But as they spent time together, “I began to understand his complex history of dealing with his own sexuality — which was really very different from mine.”

Beyond the obvious age difference, “I had been out since I was, I think, 24, so that was a bridge to cross, too,” Hayes said.

Sacks discussed Hayes in his memoir, but “His Own Life” is a bit of a love letter to their relationship.

“Some of my favorite moments in this film are just reaction shots of Billy smiling at Oliver; he’s got a beautiful face,” Burns said. “You can feel their connection … There was a deep mutual sensitivity. A real delicacy, which was really beautiful.”

They weren’t two schoolboys in the first throes of passion, but “the embers were far from cooling,” Burns said. “You could feel what peas in a pod they were. You could still feel the heat of the original thing that had brought them together.”

It had been a long journey to that point: When Sacks’ came out to his parents as a teen in the early 1950s, his mother called her son “an abomination” and told him she wished he had never been born.

“Her words haunted me for much of my life and played a major part in inhibiting and injecting with guilt what should have been a free and joyous expression of sexuality,” he wrote in “On the Move.”

Even at the end of his life, Sacks found it difficult to fully embrace his identity. Hayes had his own apartment in Sacks’ building, and the idea of the two of them walking through the West Village arm-in-arm “would’ve gripped Oliver with anxiety,” Burns said. In the film, Sacks introduces Hayes to the video crew as “a fellow writer who lives in the building and to whom I dedicated the present book.”

“He had a helpless need to hide in plain sight,” Burns said. “A phantom limb of closetedness. He knows everyone in the room knows he’s gay … and it’s going to be in the film. He was very open, but at the same time there’s some deep reflexive thing that’s too ingrained to fully eradicate.”

In part, Burns added, the film is about Sacks’ coming to terms with the wounds he carried.

“I think he really regretted the years he spent really struggling with his sexuality, and, as he says in the film, his own internalized homophobia,” Hayes said. “I met Oliver at a time in his life when he was really at peace with himself, but the one thing that he had not really dealt with was romantic love and being in a relationship. It was amazing and delightful to see him explore that as a man in his late 70s and early 80s.”

Sacks delighted in discovering the joys of domestic life, according to Hayes.

“Something as simple as making dinner together, which we did almost every night. We come together at the end of the day and open a bottle of wine and cut up some radishes and carrots and have some almonds. [We’d] start making dinner together and talk and enjoy,” Hayes said. “All of that, he really loved. It was like a part of life that he had not really experienced.”

Bill and Melinda Gates are getting divorced. So are increasing numbers of older Americans.