Netflix: the 10 best short anime to see absolutely on the platform! 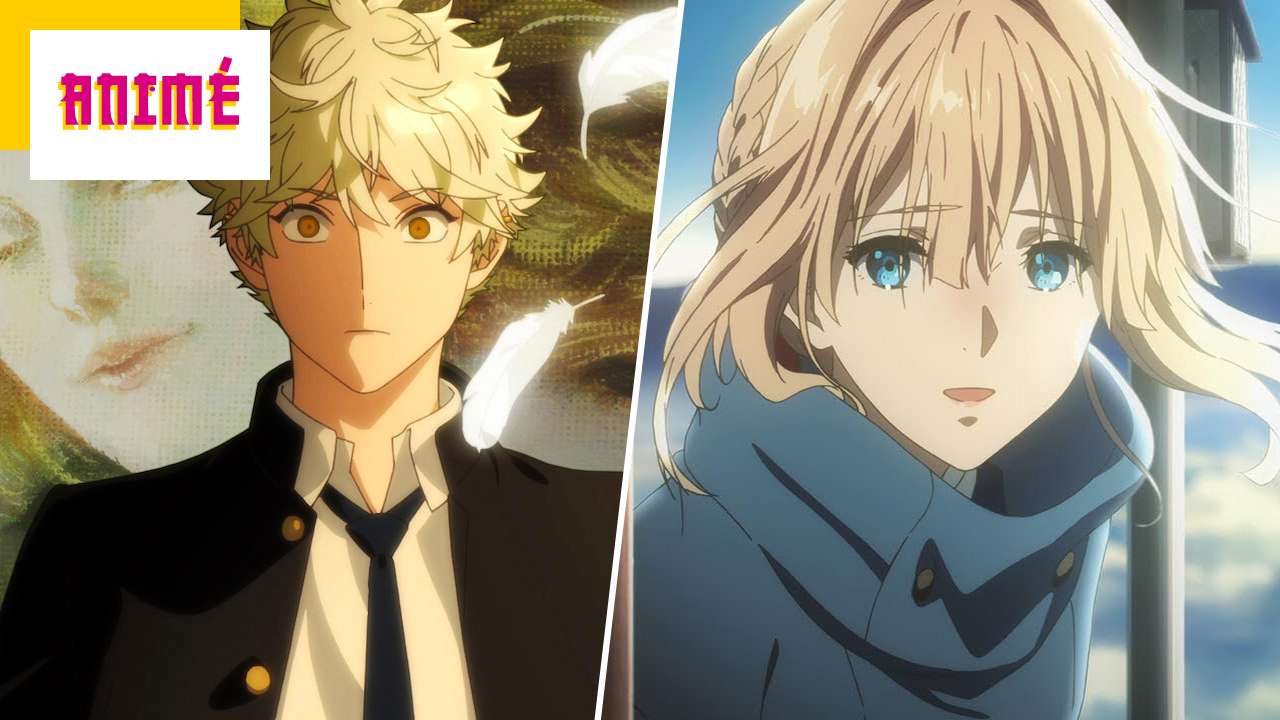 Are you tired of anime with several hundred episodes and endless fillers? We offer you a small selection of short series to devour in one go and available on Netflix.

The platform’s catalog may evolve, so some content offered in this article may no longer be available at the time of your reading. Thank you for understanding.

Fudō Akira sees the return of his childhood friend, Asuka Rō, who has discovered that demons have infiltrated human society. Then follows incessant and bloody fights where demons and humans will show the worst facets of their personalities.

the excellent Masaaki Yuasa (Lou and the island of mermaids, Ride Your Wave) here reinvents the manga of the mythical Go Nagai (Grendizer), with brio. Transposed in the 2010s, the director modernizes the original work while injecting into it issues of our time. He thus delivers a story of absolute darkness, exploring the darkest parts of the human soul.

After the shock of the first episodes and once accustomed to its erratic and psychedelic animation, we let ourselves be drawn into this jubilant whirlwind of bloody fights of extreme violence. Devilman Crybaby is a real masterpiece that manages to take us to the guts in very few episodes.

Amnesiac, Otonashi wakes up in a place that is unknown to him, when a young girl announces to him that he is dead and that he is in the afterlife. The latter presents herself as the leader of a group of opponents trying to defy the Gods with arms in order to avenge themselves for the sufferings they endured in their previous life.

Unpretentious mini-series, Angel Beats however, was able to conquer a large majority of its audience when it was released in 2010. With its varied character palette and its original and poignant story, this original creation has become an essential anime of the drama genre.

Both composer and creator of the project, Maeda Jun signs here a soundtrack as delicate and powerful as its story. By addressing themes such as mourning, renewal, tolerance and friendship, Angel Beats does not leave anyone indifferent. Plan the handkerchiefs!

Bored with life, popular high school student Yatora Yaguchi jumps into the beautiful but relentless world of art after finding inspiration in a painting.

It’s the kind of anime capable of filling the eyes and warming the hearts, even if its theme does not inspire you at the base. Art-oriented, Blue Period involves us in the aspirations of an ambitious young high school student whose love for painting could well prove to be contagious.

Sublime and touching, the anime takes us (or brings us back for some) to this decisive turning point in life where you have to choose what to do with your future. A beautiful message that says that experience does not necessarily go hand in hand with talent. What if passion was enough? This is what these colorful characters are trying to convey to us with their brushes!

After the war, Violet Evergarden has to find work. Bruised and dazed, she becomes a letter writer to unravel her past and understand who she is.

Adapted from a novel by Akatsuki Kana, Violet Evergarden plunges us into a steampunk universe as original as it is moving. This initiatory journey against a backdrop of political conflicts and power struggles is a dramatic and visual nugget offered by Kyoto Animation studios, already at the origin of other anime of the genre such as Clannad or Silent Voice.

But much more than the beauty of his drawings, soft and colorful, it is his very endearing characters and their stories that mark us and tear us many tears. Building on its success, a feature film came to conclude the adventures of the young girl, and is also available on the platform.

A four-year-old boy moves into a run-down building on his own and befriends his neighbour, a broke manga author.

It’s the little surprise of 2022 that no one expected. Carried by its protagonist as high as three apples, Solo Kotaro is a series that goes far beyond the simple slice of life, as its synopsis might suggest.

Between two incredible situations and funny misunderstandings related to the young age of our hero, the anime takes the time to talk about much darker subjects. Abandonment, relational toxicity and physical violence are just as many elements that come to build the story of little Kotaro. Complex themes counterbalanced by encouraging morals and characters, bearers of hope.

In the 21st century, when their existence had always been hidden, arise from the shadows of anthropomorphic animals. Michiru, a young human, one day transforms into a tanuki. It is then that she meets Shirou, a wolf-man who says he hates humans.

Dynamic, colorful and intelligent, Brand New Animal is the kind of anime that gives pep’s while enriching its audience. With its subtle mix of action, humor and fantasy, this series supports, in its own way, the animal cause through various subjects such as the dangers of science and environmental changes.

With its duo of heroes at odds with each other but terribly endearing, BNA, by its acronym, takes us on a wacky adventure where mafia sharks, traffickers or even social worker wolves meet.

In a post-apocalyptic Japan, Caiman, a man who has been changed into a lizard by a mage from another dimension, sets off on a journey in search of his friend Nikaido.

Created in 2001, it will have taken nearly 20 years for the work of Q Hayashida to be suitable for television. In addition to its unique universe, Dorohedoro stands out from the rest seine by its graphic paw as qualitative in the manga as in the series adaptation. An animation that we owe to the MAPPA studios, recently responsible for Jujutsu Kaisen and season 4 of the attack of the Titans.

Both dark and uncompromising, this UFO will not fail to amaze you! Its delirious and violent side does not however make it an anime for everyone, especially since its many gore scenes have earned it an under 18 ban by Netflix.

Twenty-six years after the strange death of a student, a young boy named Koichi Sakakibara meets a very mysterious classmate who no other student seems to talk to or pay attention to.

True horror reference, Another is the anime that will delight fans of supernatural and psychological thriller. Brutal, strange and uncomfortable at times, these twelve episodes will immerse you in a cold and atypical atmosphere, perfect if you are looking for thrills.

If its unfolding may seem a little slow to you at first, persevere in your viewing. Its very well put together scenario will keep you in suspense until the end of the season, and will give you time to perfect your own theories as to the ultimate revelation. Oppressive and gore, the anime is only recommended from 16 years old.

Shortly after Tokyo 2020, an earthquake of rare severity hits Japan. Amidst the chaos, the Ayumu brothers and Gou begin fleeing the city with their family. Faced with disaster, the brothers will have to face extreme conditions and make difficult choices to survive.

If you liked Devilman Crybaby, mentioned earlier in this top, you might love it Japan Sinks 2020, the latest series from director Masaaki Yuasa. This adaptation of the novel The Submersion of Japan by Sakyō Komatsu immerses us in the anguish of a natural disaster during which a family finds itself separated.

Because everyone can feel concerned by such a likely pitch, it’s hard not to get caught up in this breathtaking adventure. Its sometimes very metaphorical staging will not be able to convince everyone but for the regulars, it is a success on all levels!

As punishment for a big mistake, three yakuza brothers are forced to physically transform to form a girl band and take over the underground J-Pop scene.

Do you want a little madness and good laughs? Back Street Girls is made for you ! Completely crazy, it’s the perfect anime to watch without the fuss. During its ten episodes, unplug your brain and enjoy the twisted humor of this trio of yakuzas who have become idols.

Its rather special animation could confuse more than one but sticks perfectly to its story. A piece of advice to fully appreciate the series: no binge-watching, otherwise you risk finding the scenario repetitive and a bit cumbersome. And if you are lovers of dubbing, the VF should delight your ears!

Find all of these anime on the Netflix platform.