Netflix news: Thor at the director of Top Gun 2 and the expected season 3… 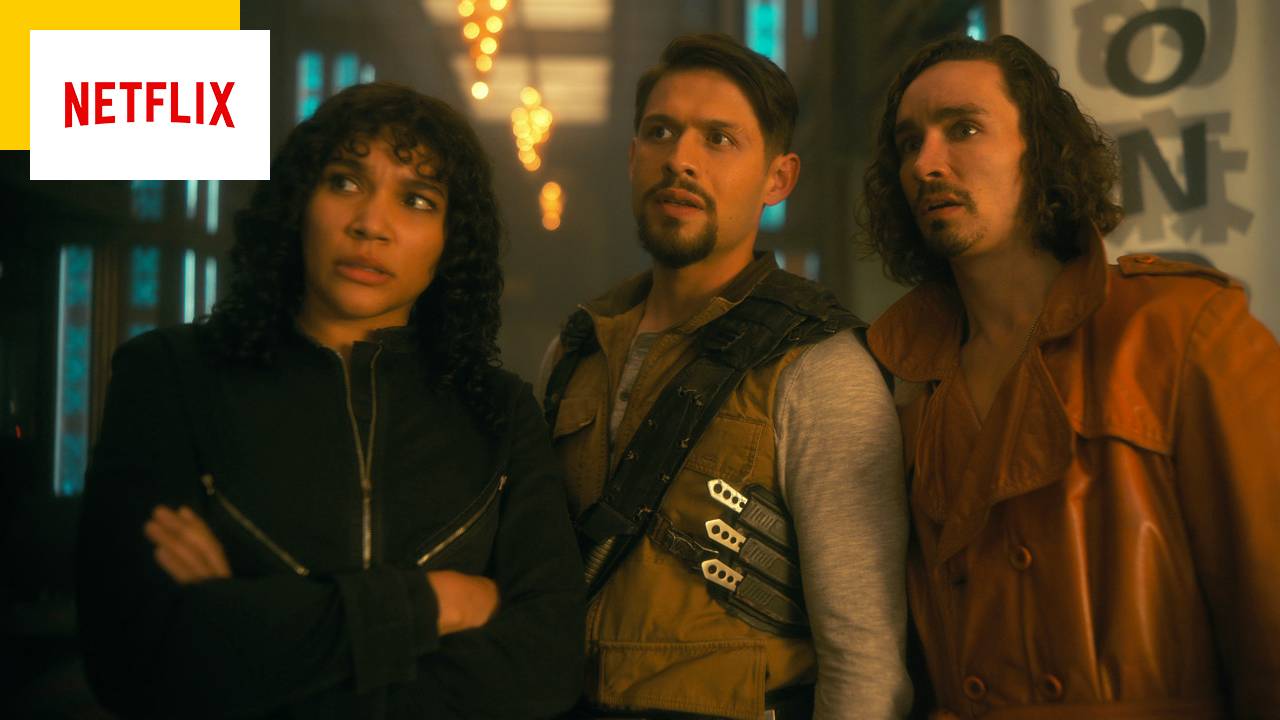 Discover, thanks to AlloCiné, the films and series that will be released on Netflix between June 17 and 23!

Umbrella Academyseason 3 (June 22): The series about a dysfunctional superhero family returns for a third season in which the Hargreeves children disrupt the timeline and land in an alternate reality where their adoptive father created not the Umbrella Academy but the Sparrow Academy, which they will have to face it!

This season will also be an opportunity for the character toElliot Page to come out transgender in the image of his interpreter: Vanya will therefore become Viktor.

Silenced: The Martha Mitchell Effect : This documentary focuses on the wife of the Attorney General of the United States during the Nixon administration. Martha Mitchell had exposed the Watergate scandal before actions were taken to silence her.

Neighborhood Quarrelsseason 2 : The Mexican comedy series returns for a new season with ever more neighborhood disputes between the López family and the Espinozas.

Sheseason 2 : The Indian series in which a shy policewoman from Mumbai must infiltrate a drug network returns with new episodes. Torn between duty and desire after having sworn loyalty to the drug lord Nayak, the heroine explores her new sexual freedom at the same time as her dark side.

You Don’t Know Me : Created by the screenwriter of Judy and already airing on the BBC, this tense dramatic thriller tells how a man accused of murder and claims to be innocent uses his plea to tell his love story with a mysterious woman.

Spiderhead : Just a few weeks after the release of Top Gun: Maverickdirector Joseph Kosinsky is already back. This time it offers a science fiction thriller carried by Chris Hemsworth as a visionary scientist running a prison where inmates, including Jeff (Miles Telleralready in Top Gun 2), can go about their business provided they participate in experiments to test new drugs that alter emotions.

Spriggan : Adapted from a Japanese manga set in the late ’80s, this anime series centers on Agent Spriggan who, after the relics of an alien civilization are found, must ensure their dangerous power doesn’t fall between wrong hands.

Civil: Ben Crump in the service of justice : This documentary follows Ben Crump, a rebel civil rights lawyer, who has launched a lawsuit seeking justice for the deaths of George Floyd and Breonna Taylor.

The deer (catalog) : WhileIncredible but true has just arrived in theaters, Netflix is ​​adding another film by Quentin DupieuxSuede, in which Jean Dujardin is obsessed with his fringed suede jacket. Also with Adele Haenel at the casting.

The Cataclysm of Love : In this romantic Turkish drama, a lost publicist after his bankruptcy falls for a bar singer during a yoga retreat and embarks on a process of personal fulfillment with her.

What future for… : With the help of experts, this innovative documentary series explores new and emerging technology trends to imagine game-changing possibilities.

Love & Gelato : A romantic comedy in which Lina promises her sick mother to spend the summer before she enters university in Rome, where she loves the city, the people… and the local ice cream.

In the shoes of our animals : With this documentary series, discover amazing creatures from around the world and the latest scientific revelations about the senses and abilities of our animal friends.

Black Snake: The Legend of the Black Snake (catalog) : Thomas Ngijol and Karole Rocher stage themselves in this comedy following Clotaire Sangala who returns to his native country, in Africa, after years spent in Paris. There, he will become Black Snake, the masked and ultra-sapped superhero, liberator of the people against the dictator Hezekiah.

Queen : Polish drama series, Queen tells how, after 50 years of absence, a famous Parisian tailor, also a drag queen, returns to his Polish hometown hoping to be forgiven by his daughter.

Peaky Blindersseason 6: The final season of Peaky Blinders arrived last week on Netflix. Don’t miss the Shelby clan’s last stand, in which Tommy turns to the opium trade, forcing him to ally himself with his worst enemies…