Netflix news: one of the most popular and sulphurous series back and a… 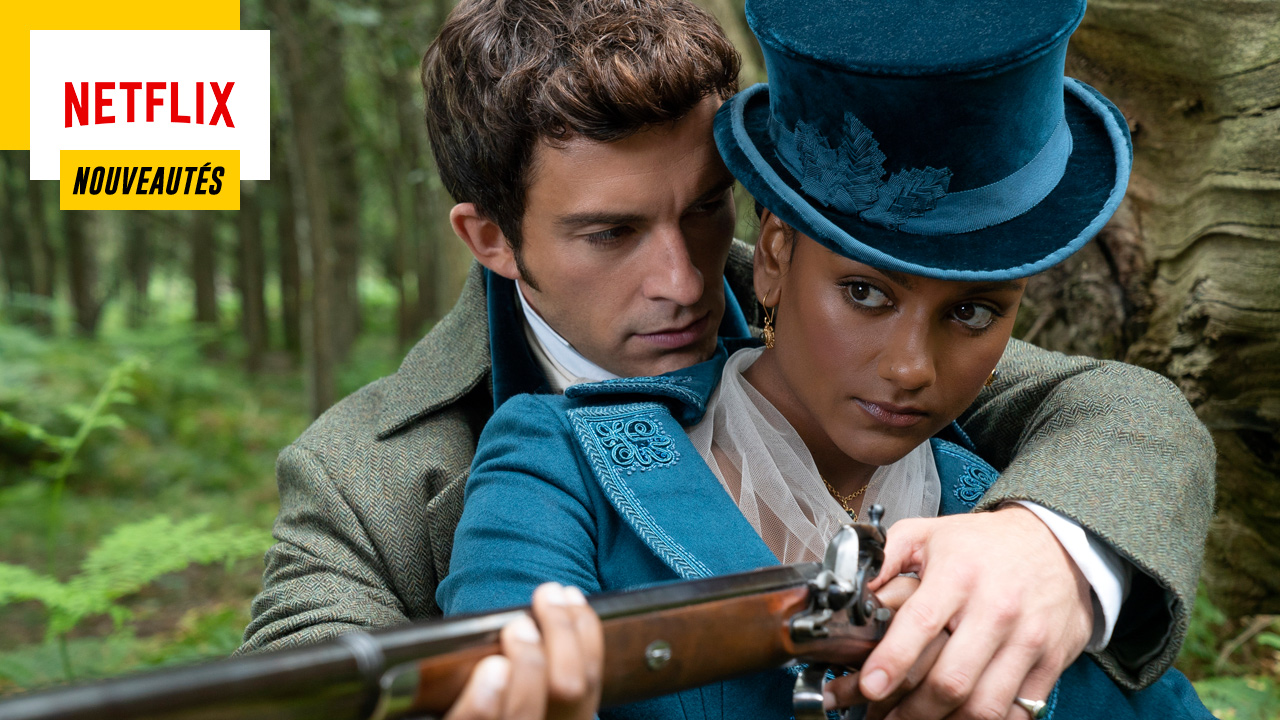 Discover, thanks to AlloCiné, the films and series that will be released on Netflix between March 25 and 31!

The Bridgerton Chronicle, season 2 (03/25): At last ! The sulphurous pop series produced by Shonda Rhimes is back. On the program: the games of love, always. But much less those of chance. Because in the very competitive small world of high society under the English Regency. Exit Duke Simon Basset (Regé-Jean Page) and his tumultuous love affair with Daphne Bridgerton (Phoebe Dynevor).

This season 2 is now centered on another member of the Bridgerton family. And it is the eldest who now finds himself at the heart of the plot. The synopsis leaves no doubt as to the turmoil to come: “Duty, desire and scandal collide when Viscount Anthony Bridgerton (Jonathan Bailey) wants to marry, but finds his equal in the person of the big sister of his future wife .”

800 meters: This documentary series looks back on the tragic day of August 17, 2017 in Barcelona. A van travels at full speed 800 meters which separate Plaza de Catalunya from Joan Miró’s mosaic, hitting the crowd as it passes. A few hours later, the small town of Cambrils (Catalonia), is targeted by another terrorist attack. The guilty ? Young men who seemed perfectly integrated into Spanish society. How did we get here ?

Transformers: BotBots: Here is a new series in the universe of “Transformers” but which is aimed at children. BotBots are Transformers robots disguised as everyday objects. During the day, they hide discreetly on store shelves. But when night falls, they go on an adventure! Until a group of BotBots called the Solo-Bots crosses paths with the mall security guard and puts all the robots in danger! Will these misfits be able to overcome their differences, defeat the security guard and be accepted by the other robots?

Thermae Romae Novae: Mari Yamazaki’s manga Thermae Romaewinner of the 2010 Cartoon Grand Prize and Short Story Prize at the 14th Osamu Tezuka Cultural Prize, is adapted into a Netflix original anime as Thermae Romae Novae. The synopsis: Lucius, creator of baths in the Roman Empire, travels in time and finds himself immersed in present-day Japan.

Business Proposal: In this South Korean romantic comedy, Ha-ri goes on a blind date to scare away a suitor. But the situation gets out of hand when he reveals himself to be her CEO and makes her a proposition.

Johnny by Johnny: In this documentary series in four episodes, Johnny Hallyday tells his story. Between archive images and personal testimonies, “Johnny by Johnny” is an intimate portrait of the life and career of the greatest icon of French rock.

Mighty Express, season 6: In a new season, the locomotive and children’s team redouble their ingenuity and solidarity to overcome problems.

The hailstone effect: Miguel Flores, famous weather presenter, becomes public enemy number one the day he fails to predict a terrible storm. He was then forced to leave Buenos Aires to return to Córdoba, his hometown. What follows is a journey of self-discovery that is as absurd as it is profoundly human.

Trust no one: When the founder of a Canadian cryptocurrency exchange platform dies unexpectedly in India, his clients suspect something is hidden behind his death. An intriguing documentary on a still very obscure universe.

The Great Gatsby (catalog): Leonardo DiCaprio is consumed with love in front of Baz Luhrman’s camera in this fourth film adaptation of F. Scott Fitzgerald’s cult novel. To (re) see without moderation.

Super PupZ: Puppies like no other: In this adorable cosmic adventure, four puppies with superpowers team up to help their human friends…and a sweet little alien creature.

Funny : The new series by Fanny Herrero – creator of Dix Pour Cent – ​​is a real gem of humor and intelligence. By following four young people who dream of becoming comedians, the series goes behind the scenes of stand-up. A world that requires a body and soul investment because, for them, humor is life!