Netflix news: a film in the crazy film, the new film from the director of Boyhood… 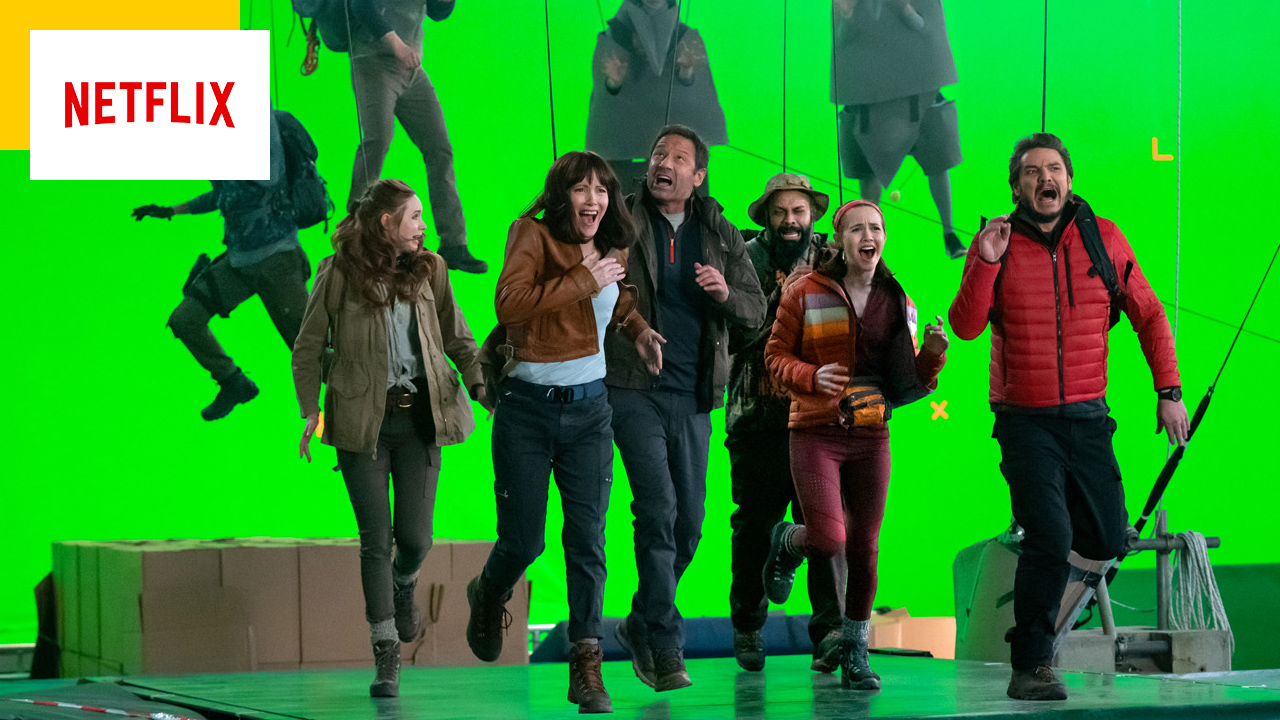 Discover, thanks to AlloCiné, the films and series that will be released on Netflix between April 1st and 7th!

The essential of the week

The Bubble (01/04): Two years after The King Of Staten Island, the king of US comedy is back with a film surfing on the COVID.

Judd Apatow thus brought together Karen Gillan, Fred Armisen, Maria Bakalova, David Duchovny, Keegan-Michael Key or even Kate McKinnon, Pedro Pascal and Benedict Cumberbatch but also his wife Leslie Mann and their daughter Iris Apatow to shoot this comedy in which a group of actors confined in a luxury hotel tries somehow to complete the shooting of the sequel to an action film about flying dinosaurs. Bedtimes and nervous breakdowns are notably on the program!

Apollo 10 ½: The rockets of my childhood: Inspired by the life of Oscar-winning filmmaker Richard Linklater, this film, which was shot in live action before the images were animated via rotoscoping, paints a portrait of life in the United States in the 1960s, between passage in adulthood, a look at society and an otherworldly adventure.

Apollo 10 ½ indeed retraces the story of the first trip to the Moon according to two crossed points of view and thus tells the incredible epic of the summer of 1969 not only from the side of the astronauts and the mission control center, but also from through the eyes of a child who lives in Houston, Texas and harbors his own intergalactic dreams.

Battle: Freestyle: This Norwegian dance film takes us to Amalie (Lisa Teige), overjoyed when she learns that she is leaving with Mikael and their troupe of dancers to compete in Paris. But the reunion with his mother will complicate everything.

Always more beautiful: Final episode of the Italian romantic trilogy centered on the young Marta (Ludovica Francesconi). The life of the latter hangs by a thread after her operation, but the great love is not far away. Will the heart prevail over buried secrets and the whims of fate?

The last bus: In this new British sci-fi series, a group of particularly savvy teenagers try to save humanity from an army of ruthless drones, during a phenomenal excursion. Netflix regulars will recognize Robert Sheehan, aka Klaus in Umbrella Academy.

TriviaQuest: In this series of interactive quizzes, your children will be able to test their historical, artistic, scientific and general culture knowledge through different levels of difficulty. Recommended from 7 years old.

Tiger & Bunny The Beginning: The disparate duo of Wild Tiger and Barnaby strive to keep the peace and win sponsors as other heroes from around the world step into the picture.

The Brio (catalog): Yvan Attal films Daniel Auteuil and Camélia Jordana in this film where the former plays a professor from Assas who agrees to prepare a young student for the prestigious eloquence competition. Both cynical and demanding, he could become the mentor she needs… Still, they both have to overcome their prejudices.

The Full Powers (catalogue): Directed by and starring Clint Eastwood, this is a thriller in which the legendary star embodies a modern-day Arsène Lupine who witnesses, during one of his burglaries, a murder involving the President of the United States…

The Toy (catalog): In this cult comedy by Francis Veber with Pierre Richard, a billionaire and his young son stroll through a department store to choose a gift. The child’s choice is a journalist, who will be placed at his disposal and become his toy.

The Miser (catalog): In this iconic adaptation of Molière’s play, it is Louis de Funès who slips into the skin of the avaricious bourgeois Harpagon.

Demolition Man (catalog): Sylvester Stallone, Wesley Snipes and Sandra Bullock are the heroes of this futuristic action film set in 2032, in San Angeles, a Californian megalopolis where all violence has been eradicated. There, Simon Phoenix, a psychopathic killer condemned to a long sentence of hibernation and rehabilitation, takes advantage of a medical examination to escape. The only recourse to neutralize him: resuscitate his lifelong enemy: John Spartan, a policeman nicknamed “Demolition Man”, cryogenically frozen as punishment for reckless homicide in 1996.

Furioza: In this testosterone-boosted Polish action flick, a policewoman makes her ex-boyfriend an offer he can’t refuse: he must infiltrate a gang of hooligans and become their informant, or his brother will go to jail.

Jimmy Savile: A British Nightmare: A documentary series about Jimmy Savile, BBC’s flagship presenter for years and extravagantly styled philanthropist. The latter seduced an entire nation before accusations of sexual abuse brought to light the dark side of this TV star.

Return to Space: Directed by Jimmy Chin and Elizabeth Chai Vasarhelyi, the duo behind Oscar winner Free Solo, this film follows Elon Musk and SpaceX engineers on their historic mission to send NASA astronauts back to the ISS to revolutionize space travel. ‘space.

Senzo: Murder of a Soccer Star: The platform is definitely very fond of documentaries on famous sportsmen. Two months after Neymar, the perfect chaos, Netflix is ​​interested in another footballer: Senzo Meyiwa. A national hero, his murder shocked South Africa. Who did it, and why? This is what the series will seek to show.