Netflix, Crunchyroll: the anime that will mark 2022 arrives in April on TV 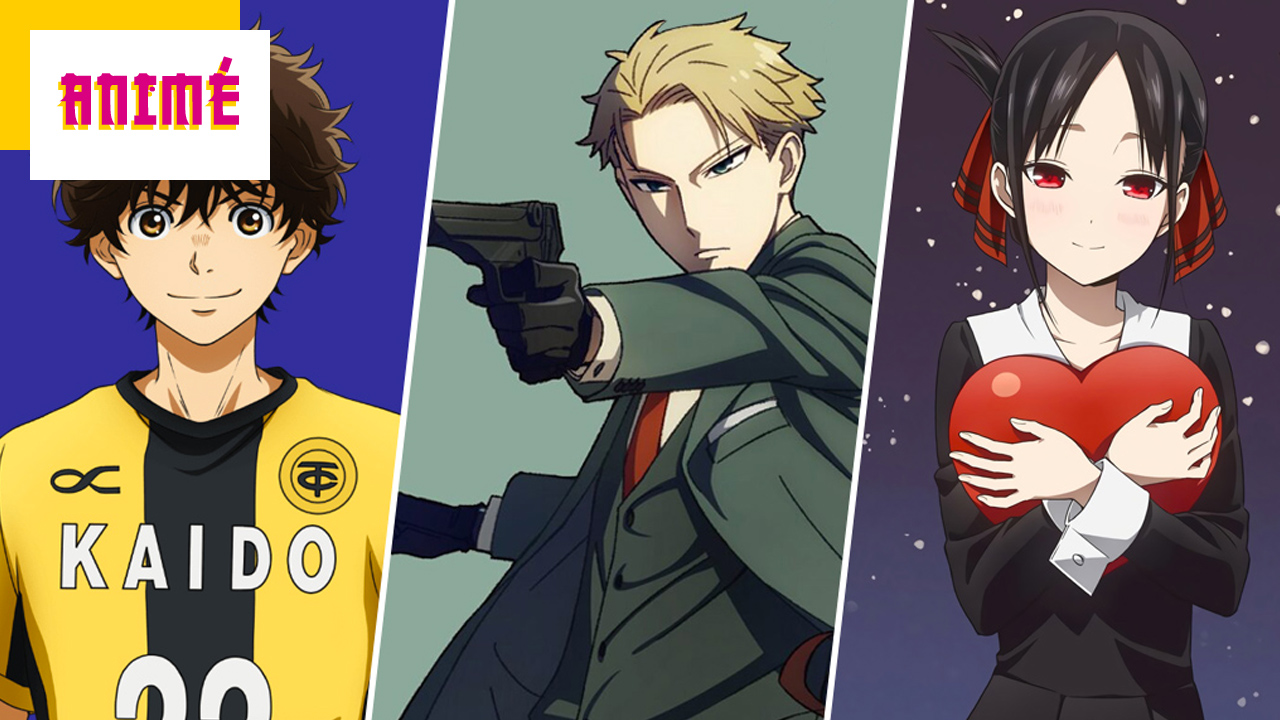 Whether you are a fan of fantastic adventures, romantic comedies or dramatic thrillers, discover the new spring anime, available on your specialized platforms! A title promises to be the sensation of the year!

FIND THESE ANIME ON THE SITES CRUNCHYROLL & NETFLIX

A prestigious horse racing school is only for boys. Three new students arrive at this elite school to pursue their dream of becoming a jockey: a popular young star, another from a distant island and an Englishman who is still trying to find his way…

Because anime on the subject are too rare, even non-existent. The theme of Fanfare of Adolescence promises to delight fans of horse racing, as much as to entertain the simple curious, eager to learn more about this world.

With its palette of varied characters, its delicate animation and its OST signed Sawano Hiroyuki (in particular composer on the Attack of the Titans, Seven Deadly Sins or Kingdom), this small series turns out to be very promising.

Ryo Mizushima dreams of being the best badminton player in the world. But in spite of his natural athletic qualities and his skill, he could not progress, for lack of having had a good trainer.

After the very effective Salaryman’s Club this winter, a new anime centered on badminton is coming to the platform. Except that in Love All Play, exit the work in company, because in this elite school, it is the sport which takes precedence over everything.

Between training, tournaments and rivalry, this fine and endearing team of enthusiasts is likely to make us go through all the emotions possible! A slice of life comedy that will, without a doubt, be good for morale.

High school student Yuichi Katagiri puts friendship above all else! However, an incident leads him and his best friends into a game in which they must pay off a huge debt. The only way to win is to never doubt your loved ones. Will they trust each other or betray each other?

You loved Squid Game and you want more? Tomodachi Game is for you! In this vicious game where you can settle or increase your debts, you have to know how to choose between money and friendship. A dilemma all the more complicated when a traitor hides in the team.

With its dark and scary atmosphere that is reminiscent of Alice in Borderland survival, this horrifying little nugget is likely to completely turn your brain around. A piece of advice for your viewing: NEVER be fooled by appearances…

THE GREATEST DEMON LORD IS REBORN AS A NOBODY (April 6)

The most powerful of the Demon Lords, Varvatos, felt like he had accomplished all he could as king. So he aspired to a simple and quiet life. A few millennia later, he is reborn as a villager, Ard Meteor.

What would a proper anime season be without its usual fantastical slice of life? In The Greatest Demon Lord is reborn as a Nobody, you can find an overpowered protagonist, aspiring to become someone simple, far from the responsibilities that his status as king falls on him.

Follow his adventures filled with humor and action, in the heart of a rich and colorful universe from the paw of SILVER LINK studios, accustomed to this kind of productions. Beware, however, of “harem” and “ecchi” themes, which are aimed more at an adult audience.

THE DAWN OF THE WITCH (April 7)

In a world where the war between the church and the witches has ended for quite a few years, Seville, a student of a magic academy, will have to convince those who have remained anchored in their prejudices.

The Dawn of the Witch is taken from the light novel sequel to Grimoire of Zero (Tezuka Productions). If you love stories of magic, the supernatural, and coming-of-age storytelling, you’re sure to love this anime, which lands on April 7. The animation promises to be shimmering and the characters very endearing!

Junpei Murao was fascinated with ballet as a child, but gave up dancing after his father died. However, one day, a transfer student in her class, Miyako Godai, notices Junpei’s love for ballet and invites him to dance with her.

Exit the fights of exorcists à la Jujutsu Kaisen and the humanoid monsters of The attack of the Titans, this season, MAPPA appears at the controls of a completely different register. Dance Dance Danseur is interested in the cutthroat world of classical ballet.

Atypical and brutal in its way of approaching things, and carried by a young boy as a hero, this series promises to be as entertaining as it is dramatic. Add to it the beauty of its graphics and you will undoubtedly come out of it shaken.

SHIKIMORI IS NOT JUST CUTE (April 9)

Izumi is a clumsy and unlucky high school student. However, this is what makes her charming and allowed her to date Shikimori. However, the boy can not help complexing! He does everything to continue to seduce her, even if his actions do not really help him in his task…

For lovers of the school life romantic comedy genre, Shikimori is not just cute is for you! This series promises to be light and fun, carried by a cute and endearing duo.

The line of the author Maki Keigo, subtle and airy, is very well transcribed in the animated adaptation, which will melt our little hearts. In any case, the anime promises a good dose of good feelings; we all need it in these troubled times.

Peace between all the nations of the world rests on the most delicate mission that agent Twilight has ever had: to pretend to be a simple father of a family. Indeed, this cover will allow him to infiltrate a school of the aristocracy in order to get closer to a very important politician.

To do this, He has the perfect cover, except that his wife is actually a fearsome hitman. Each ignores the identity of the other, except their adopted daughter who is telepathic….

Spy X Family is the adaptation of the best-selling manga published in France by Kurokawa. We may be holding the nugget of 2022 with this anime! This series is one of the most anticipated of the year as the original work has been a resounding success.

Action, espionage, comedy, adventures… Spy X Family forms an explosive cocktail of all these genres. If the anime keeps its promises, it will become the sensation of the year! So remember this title: Spy X Family.

Ashito Aoi lives in Ehime Prefecture in southern Japan. He is the best player of an ordinary football club. The day they lose the final middle school tournament, Ashito crosses paths with a man who has been watching him.

This is Tatsuya Fukuda, the J-League youth coach of Tokyo City Esperion FC. In search of “rough diamonds” to build the best team in the world, he offers Ashito to join him in Tokyo.

In line with Blue Lock or Captain Tsubasa, Ao Ashi is an anime around football that will make fans of the genre addicted! The main character, Ashito, is blessed with a fiery temper and will stop at nothing to achieve his dream.

Much like Spy X Family, this anime adaptation of a popular manga has the potential to prove to be one of the sensations of 2022!

A COUPLE OF CUCKOOS (April 23)

Swapped with another family’s child when he was a baby, Nagi Umino finally meets his biological parents. That day, he also meets Erika Amano, the other baby with whom he had been exchanged.

Nagi especially learns that their two families have unilaterally decided to betroth the two children! Here they are forced to live together: Nagi the serious high school student and Erika with a fiery character. What will happen to this funny couple?

A Couple of Cuckoos is taken from the manga by Miki Yoshikawa, published in France by Pika Édition. Between romantic comedy and slice of life, this anime promises us a good breath of fresh air! The duo formed by Nagi and Erika promises to be extremely funny, light and tasty, enhanced by a design characher and an animation with small onions.

Miki Yoshikawa, creator of the original work, is also the author of Funny Scum and Yamada-kun and the Seven Witches. Before embarking on manga, she was one of Hiro Mashima’s assistants (Edens Zero and Fairy Tail).