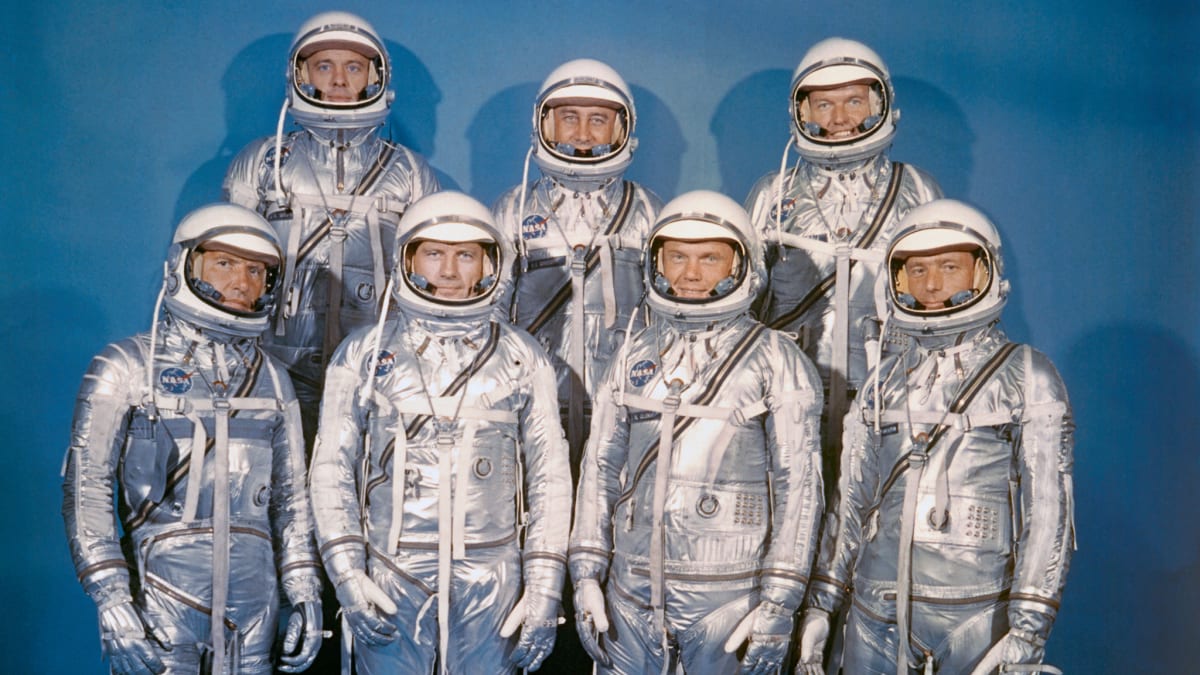 On October 4, 1957, the USSR won the first “space race” victory by successfully launching the world’s first artificial satellite, Sputnik, in Earth orbit. In response, the United States consolidated its various military and civilian space efforts into NASA, which was dedicated to defeating the Soviets at manned space flight. In January 1959, NASA began the astronaut selection process, reviewing the files of 508 military test pilots and selecting 110 candidates. This number was arbitrarily divided into three groups, and the first two groups were reported to Washington. Due to the high rate of volunteering, the third group was eliminated. Of the 62 pilots who volunteered, six have been deemed too tall since their last medical examination. An initial battery of written tests, interviews and medical history reviews further reduced the number of applicants to 36. After seeing the extreme physical and mental tests planned for them, four of the men dropped out.

The final 32 candidates made it to the Lovelace Clinic in Albuquerque, New Mexico, where they underwent extensive medical and psychological examinations. The men turned out to be so healthy, however, that only one candidate was eliminated. The remaining 31 candidates then proceeded to the Wright Aeromedical Laboratory in Dayton, Ohio, where they underwent the most grueling part of the selection process. For six days and three nights, the men were subjected to various tortures that tested their tolerance to physical and psychological stress. Among other tests, candidates were forced to spend one hour in a pressure chamber simulating an altitude of 65,000 feet and two hours in a chamber heated to 130 degrees Fahrenheit. After a week, 18 candidates remained. Of these men, the selection committee was to choose six based on interviews, but seven candidates were so strong that they ended up choosing that number.

After their announcement, the “Mercury Seven” became celebrities overnight. However, Project Mercury suffered some setbacks, and on April 12, 1961, Soviet cosmonaut Yuri Gagarin orbiting Earth in the world’s first manned space flight. Less than a month later, on May 5, astronaut Alan Shepard was successfully launched into space on a suborbital flight. On February 20, 1962, a major milestone in the American space program, John Glenn became the first American to orbit the Earth. NASA continued to follow the Soviets in space achievements until the late 1960s, when NASA’s Apollo program placed the first men on the moon and returned them safely to Earth.

In 1998, 36 years after his first space flight, John Glenn once again traveled to space. Glenn, then 77, was a member of the crew of Space Shuttle Discovery, whose 9-day search mission was launched on October 29, 1998. Among the crew’s investigations was a study of space flight and of the aging process.

Why Did US Forces Bury Osama Bin Laden’s Body at Sea?