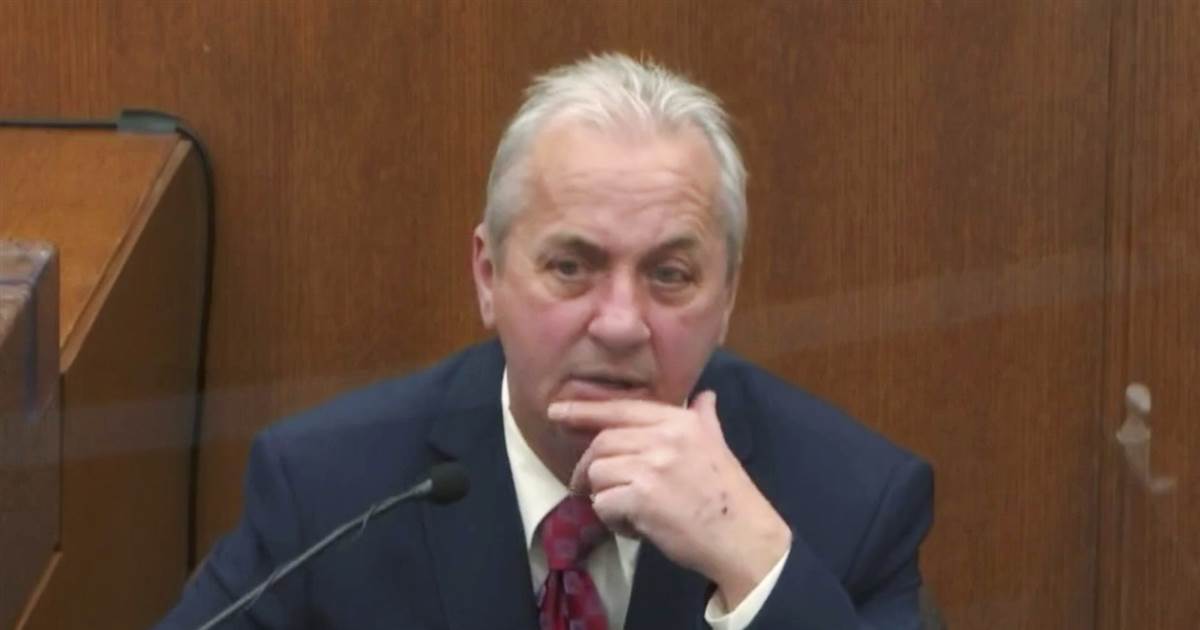 The most senior officer with the Minneapolis Police Department testified Friday that Derek Chauvin’s actions in the arrest of George Floyd were “totally unnecessary” and that a handcuffed person does not pose the level of threat that a “top tier” use of force would warrant.

Lt. Richard Zimmerman, the supervisor of the department’s homicide unit, testified in Chauvin’s murder trial Friday morning that he saw no reason why the four officers who arrested Floyd “felt they were in danger.”

“Pulling him down to the ground face down and putting your knee on a neck for that amount of time is just uncalled for,” Zimmerman said.

Chauvin, a white 19-year veteran of the department, pressed his knee into Floyd’s neck for several minutes.

Zimmerman added he believed the restraint of Floyd should have stopped once he was handcuffed and prone on the ground.

He also said that in his more than 30 years with the Minneapolis Police Department he had never been trained to put his knee on someone’s neck who has handcuffed behind their back and lying in the prone position to restrain them.

Zimmerman told prosecutors such an action would be considered the “top tier” use of force, or “deadly force” because “if your knee is on a person’s neck, that can kill them.”

The lieutenant said he had been taught that once suspects are handcuffed and lying on the ground they should be placed on their side to help with breathing.

“Once you secure or handcuff a person, you need to get them out of the prone position as soon as possible because it restricts their breathing,” he said.

“Once a person is cuffed, the threat level goes down all the way,” he said.

He also testified that if a person becomes less combative, that changes the amount of force an officer should use.

Zimmerman was one of the Minneapolis police officers who signed a letter in June condemning Chauvin’s actions.

During cross-examination of Zimmerman, Chauvin’s lawyer, Eric Nelson, repeated a point he had made during previous testimony by law enforcement, that there are circumstances where an unconscious person can become combative after being revived and certain situations require “improvisation.” Nelson also said investigators were less likely to encounter use-of-force situations than officers on patrols.

Zimmerman was one of two law enforcement officers to testify on Friday, the fifth day of the trial.

The first officer, Sgt. Jon Edwards, testified that he was called to secure the scene of Floyd’s fatal interaction with police because it “had the potential to be a possible critical incident.”

Edwards said a critical incident refers to a police incident where an officer or person has died or “has suffered great bodily harm that later led to death.”

He said he did not know Chauvin was involved in the incident at the time.

Edwards learned later during his shift at the scene that Floyd had died.

Daniella Silva is a reporter for NBC News focusing on the economic recovery and its effect on families, as well as immigration.