More beautiful life: “What Vincent did is unforgivable for Celine” according to Rebecca Hampton – News Series on TV 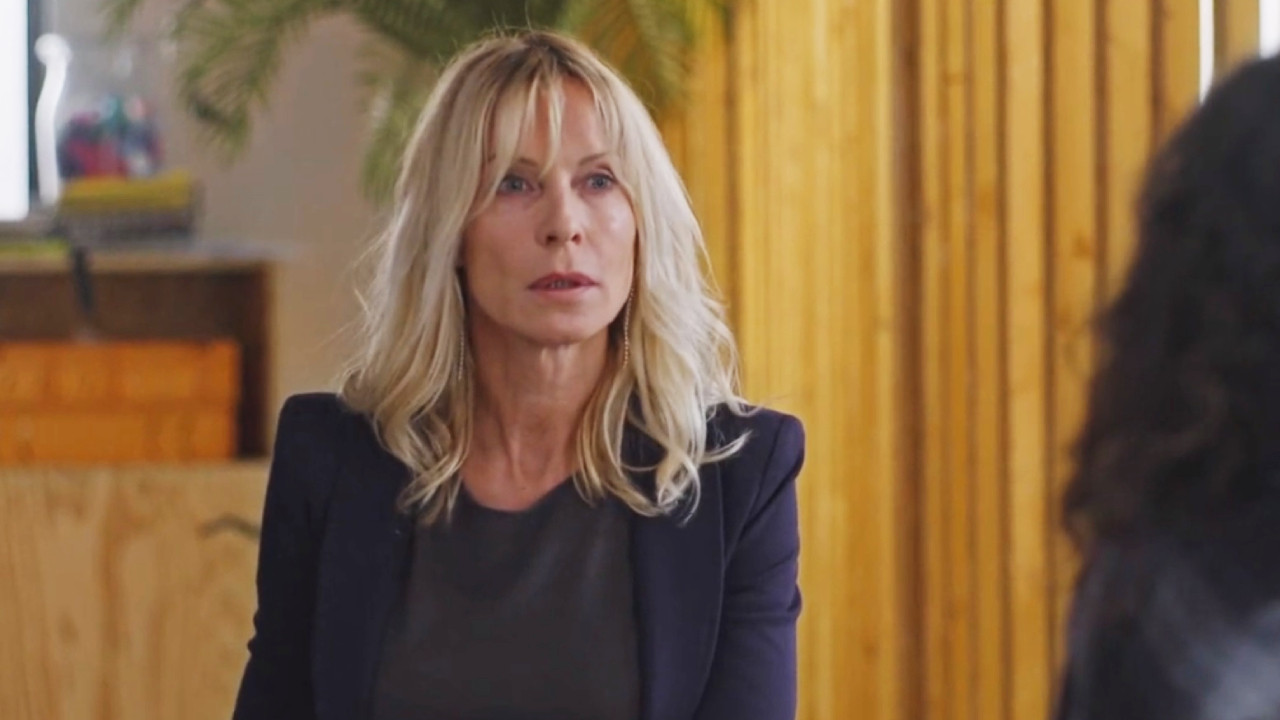 While the company GTS is threatened by an economic plan linked to the health crisis, Céline finds herself in turmoil and suffers a burnout with serious consequences … Her interpreter has returned to this intrigue more relevant than ever.

How do you live the filming of the series under COVID, a year after the start of the health crisis? Do you get used to it?

Rebecca Hampton: Unfortunately, I would say yes. It is part of the norm. On the Plus Belle la Vie stage, all security measures were quickly put in place. Everyone is extremely vigilant because we are all aware of how lucky we are to be able to shoot.

After a societal intrigue around surrogacy and the arrival of her son Gabin, Céline once again finds herself at the heart of the news with the GTS crisis. How did you approach this plot about the consequences of the economic crisis?

I think this plot touches people because, unfortunately, a lot of people end up on the straw. I have received very touching messages on this subject. I really tried to approach this plot as sincerely as possible, while knowing the fragility of my character. The production bias was not to play the Covid too much: the characters are not masked, the restaurants are open, we have the fictitious right to go out … But we could not miss that. So I was very happy to be part of this plot.

Usually, Celine is a rather solid character, straight in her boots … It’s surprising to see her so destabilized to the point of considering the worst.

She tries to stay solid as long as possible but there, she is so pushed to the limit that she no longer sees any other escape …

Despite herself, Celine becomes the scapegoat for GTS as she fights to save the employees, and she is going to feel totally betrayed by Vincent. What stage was their relationship at after all these years of being together?

Vincent was very present during the ark on surrogacy since Céline confided in him. They are very close so Celine is really angry and indeed sees it as a huge betrayal.

Will she be able to forgive Vincent despite everything, or will she decide to finally turn the page by leaving GTS?

She will not get out of this without after-effects. But Celine is a phoenix. She will get up. As for Vincent, it was he who saved him. Even if, for the moment, Céline considers that what he has done is unforgivable. We don’t know what life is made of but we know that these two characters have been linked for a long time. No matter what, I think they love each other, in the truest sense of the word.

You have been working with Serge Dupire for many years; what is your degree of complicity on the set? And among the new generation of comedian⋅s of Plus Belle la vie, have you had any crushes?

17 years of friendship and playing with someone, it’s amazing to work. I love touring with Serge because we can afford to find things in our dynamic while respecting the text. What I also do with Laurent Kerusoré because we know each other well. I have always been lucky with my gaming partners on Plus Belle la Vie. The actors I met, who play my colleagues at GTS, were really nice, both humanly and professionally. Since we don’t have a lot of time, I’m pretty strict with myself and with others. I appreciate that the texts are perfectly known. I like that we can stay relaxed while being focused.

You said you loved filming with Héloïse Adam, who plays the role of Nell. Will she return to the series soon?

It’s true, I fell in love with her. We’re still in touch. I would love for her to come back. For now, we hear about her but we do not see her. I have more sequences with Pauline Bression, who is also a great actress, very attentive. And then, I have a friend who landed in the series, Sébastien Almar; But I don’t have a scene with him unfortunately.

Finally, what are your next projects?

I was supposed to be on tour in the theater in “Panique au Ministère”, with Philippe Chevallier, Julie Arnold… It is a play that had been produced by Amanda Lear and Natacha Amal ten years ago. It has been revised a bit by our authors but it remains very current. We only did three performances and logically, the tour should be postponed until September. In fact, we all learn to live from day to day. It is very particular.

Fortunately, I will be shooting in a feature film this summer, adapted from a hit series on YouTube: The Segpa. It’s funny, it’s well done. It’s funny, light, absurd … It feels good right now. Of course, I am delighted to have the opportunity to shoot fictions, but I am also hurt by this confinement and by the lack of support for culture. I think of my comrades who do almost nothing but theater. For them, it is a real disaster.

Interview by Julia Fernandez on April 8, 2021