More beautiful life: Rochat upset by the death of César on TV 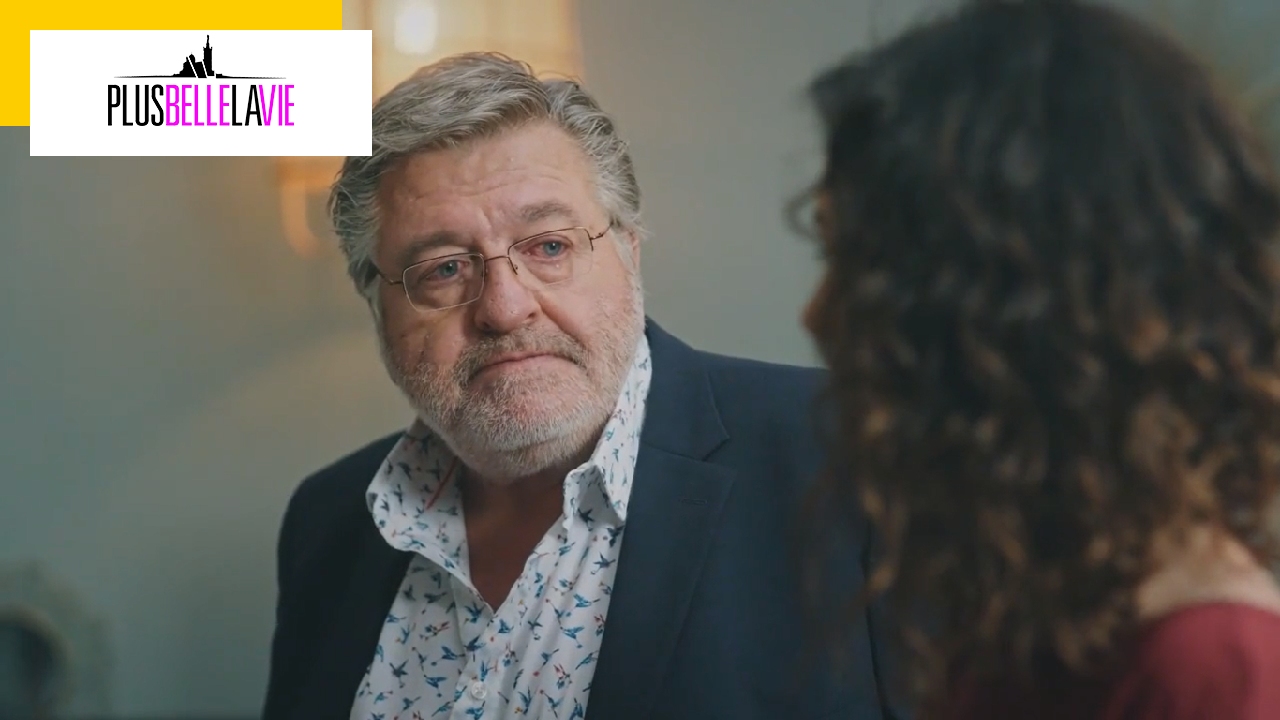 While, in the next episodes of “Plus belle la vie”, the inhabitants of the Mistral will finally discover the death of César, Claude Rochat, the young man’s uncle, will deliver a moving message to Emma.

Warning, this article contains many spoilers on the next episodes of Plus belle la vie. If you don’t want to know anything, don’t read on!

Last October, César (Grant Lawrens) found death to the dismay of fans of More beautiful life. The young man, madly in love with Emma (Pauline Bression), had played with fire by blackmailing Jacob into murdering the Baptist (Bryan Treasure), her boyfriend.

His plan had unfortunately backfired and Jacob had threatened the young man to attack his relatives if he reported him to the police. Caesar then made the decision to give himself up to Jacob and agree to die in order to protect them. The killer had, however, given him time to say goodbye to his friends and his uncle.

He had then announced to them that he was leaving Marseille to settle in Canada in order to make a new start. Jacob had then buried him alive under the eyes of Camille (Lisa Cipriani), who had not sought to save him. And since life had resumed its course at the Mistral, the characters did not seem to worry about not having heard from the young man.

But at the beginning of July, Emma, ​​who had had a nightmare about Caesar, reached Kevin (Theo Bertrand) to find out about the young man. He then discovered with horror that his friend had never set foot in Canada. For Emma, ​​it was enough, something serious had happened to Cesar, and that something could well be Camille and Jacob.

And since then, the young woman has been investigating with the help of Kevin. The two friends, who go from discovery to discovery, thus surprised Camille burning things that had belonged to Caesar. The noose is gradually tightening around the young woman who will finally confess to the murder in the episode of More beautiful life broadcast this Monday.

A confession that will allow the police to find the body of Caesar, buried in a quarry. Present on the spot during the discovery, Claude Rochat, the uncle of the young man, will collapse in tears in Emma’s arms, when he learns what happened to his nephew.

In an excerpt from the episode of Plus belle la vie aired this Tuesday, August 9, high school principal Scotto, with tears in his eyes, will make a touching statement to Emma, ​​as they met with Barbara at the Marci in order to pay him a last respect.

He tells her that Caesar had feelings for her. “He was modest but it showed so much… He loved you passionately.” Rochat then explains to him how much he feels guilty for not having worried earlier about not having heard from his nephew. Emma comforts him by answering him that it wouldn’t have changed anything, he couldn’t have saved Caesar.

“He said to me before leaving ‘I love you’,” admits Rochat in tears. “It was the first time and the last time.” That’s when Barbara (Lea Francois) enters the room. Caesar’s former girlfriend is moping about never having been able to say goodbye to him. This touching and moving exchange will surely not leave fans of Plus belle la vie indifferent.

How will Rochat, Emma and Barbara manage to overcome this tragedy? Rochat, for whom César was the only family, will he succeed in overcoming his pain? Answer in the next episodes of Plus belle la vie, available in preview on Salto.