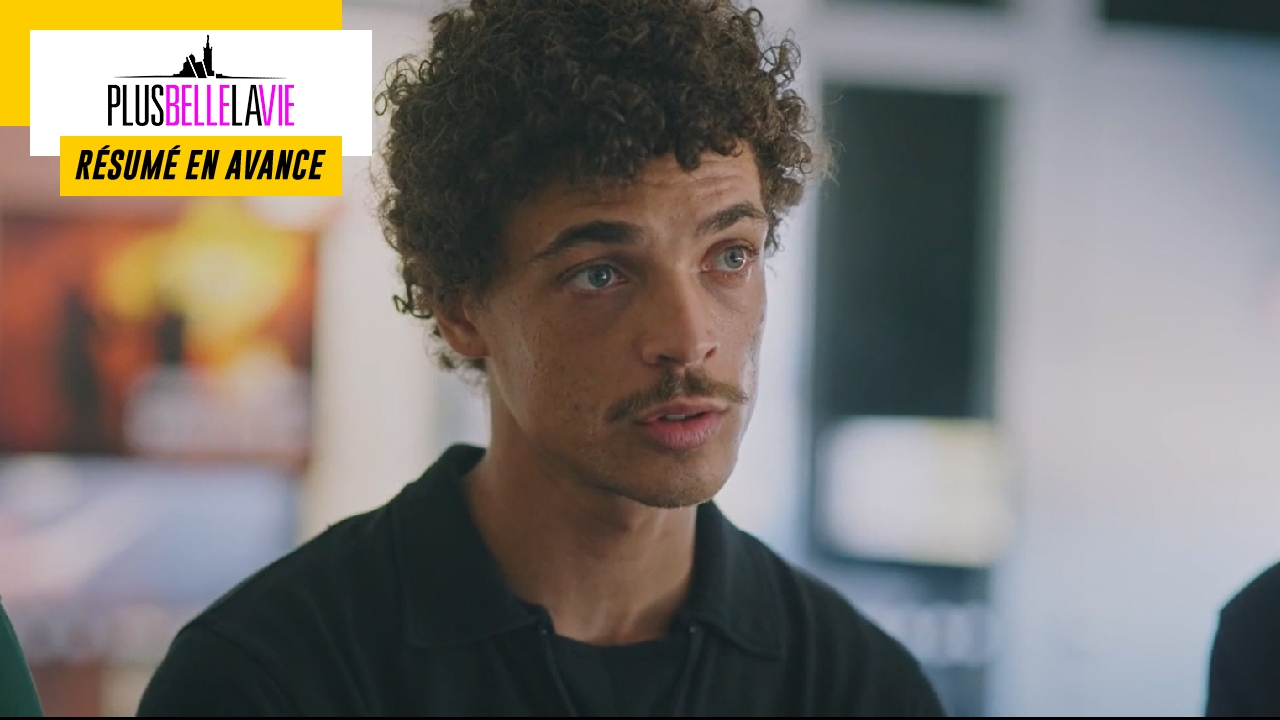 In the next episodes of “Plus belle la vie”… Kevin is torn by his feelings, while Boher puts himself in danger. For her part, Sylvia continues her cupid mission.

Kevin, torn by his feelings

When he wakes up, Kevin gets up discreetly to put the bunch of keys back in Camille’s bag. But on returning to bed, he wakes the young woman. Kevin then tricks her into thinking he was about to make her breakfast.

Later that day, Kevin finds Emma to show her the photos from Camille’s notebook that he took the day before. For Emma, ​​there is no longer any doubt, her sister is Jacob’s accomplice in the death of their mother. She even thinks that Camille is linked to César’s disappearance.

Emma remembers that a week or two before he left Marseille, the young woman asked her if she would save César or Baptiste in the event of a pandemic. She had answered Baptiste, and Cesar had disappeared.

For Kevin, this is not proof of Camille’s guilt. Emma also confides to him that the last time she saw Caesar, she had the feeling that he was saying goodbye to her. Emma suspects Camille of having killed the young man. And she thinks they’re the only ones who can stop her.

Baptiste, Justine and the RCRCI team, made up of Clara Debussy, the engineer at the Office National des Forêts, firefighters and gendarmes, go to the place where the last fire started to investigate. . They leave no detail to chance. Justine manages to find small abalone shards, which confirms that this fire is indeed the work of the arsonist.

A few moments later, Eric and Simon, who live on a farm about ten kilometers away, go to meet the firefighters. Justine takes advantage of their presence to ask them if they haven’t seen anything suspicious, the fire not being of accidental origin. But they didn’t witness anything.

Although Baptiste reassures them by confirming that the fire has indeed been extinguished, he nevertheless advises them to take shelter because the vegetation is dry and the fire could start again at any time. But Simon cannot bring himself to abandon his animals on the spot.

Back at the barracks, Clara Debussy confides in Baptiste and Justine about her worries. She thinks the arsonist is following an esoteric ritual. The investigation continues to advance since the scientific police found a fingerprint on the shell.

Boher puts himself in danger

Prune makes Patrick and Boher believe that Jennifer Mitchum, the American star, fell for Aurore and Raphaël and that the two babies were preselected to play fraternal twins. Boher already imagines Aurore as a future star.

Patrick brings him down to earth by reminding him that they are investigating a baby casting scam. It is at this time that Boher receives a message from Prune telling him that she wants to come to his house. Before leaving him, Patrick makes sure that his friend stays focused on the investigation.

A little later, Prune rings Jean-Paul’s doorbell. She announces to him, annoyed, that Aurore and Raphaël were finally not selected because another casting director offered a bribe of 10,000 euros to the production so that she chooses her baby. . Boher invites the young woman for a drink.

Installed on the sofa, and after a few drinks, Prune confides in Boher. She raised her child alone and in her eyes, Jean-Paul is the perfect man. The latter is under his spell. The temperature rises and Prune asks Boher if she can take off her tank top. In a moment of lucidity, Boher slips away to lock himself in the bedroom.

He then sends a text message to Patrick and begs him to help him. The policeman gives in and goes to his stepson. Prune explains to them that it would be necessary to outbid by giving 15,000 euros to the production so that they choose their babies. Suddenly, the young woman does not feel well. Boher offers her to stay to sleep but Patrick intervenes and offers to take her home.

At Marci, Sylvia is rearranging the tables on the terrace. She asks customers who are already there to change places, explaining to them that inside, they will be protected from draughts. To convince them, she offers them a gourmet coffee.

Astonished, Barbara asks her what she is playing. Sylvia then explains to him that she is rearranging the terrace in order to create a romantic corner for those who wish to get to know each other. Barbara finally agrees. In reality, all of this is a ploy by the young woman to organize a meeting between Emilie and Etienne.

And she had the eye because the current passes immediately between them. They discover many points in common and exchange their telephone numbers. That’s when Patrick interrupts them to say hello to his daughter. But when he leaves, he has the strange feeling of having already seen Etienne somewhere. Once back at the police station, he scans the national DNA file.